When “For the People” becomes “For Themselves” 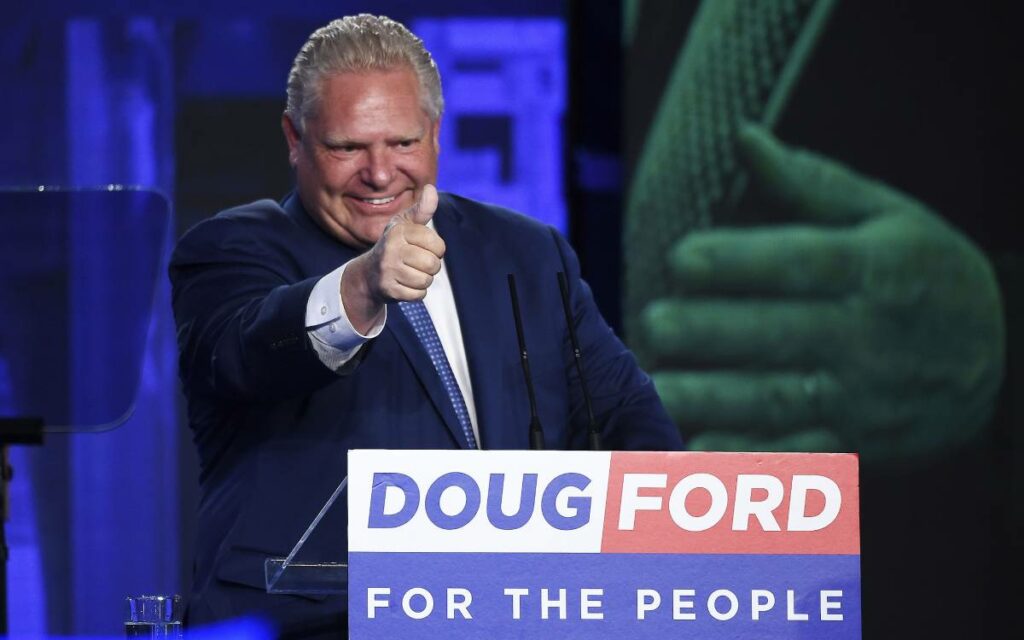 In 2003 I began my training as a Public Information Officer with the British Columbia Provincial Emergency Program (PEP).

PEP – as the program is commonly known – has a group called “TEAMS”, or Temporary Emergency Assignment Management System. There is an overarching leadership in PEP and that pulls from the various business units in government to create TEAMS.

I was the lucky designee from the Premier’s Office, Public Affairs Bureau, Ministry of Solicitor General and Attorney General to get assigned to TEAMS.

Part of the extensive training was to understand how emergency responses follow a few standard steps. The first step is “get big quick,” basically bring all the involved agencies and departments into one central area – live or virtual.

The second step is to appoint a single point of contact or communication and experts to feed into that communication so that there is a single message.

The third step, almost as important as the first two, is to ensure the communications AND secondary leadership rotate, so as to have fresh eyes and avoid “beat syndrome.”

Beat syndrome is a phenomenon in the communications world where someone has been focused on the same issue for too long and their communications become unintelligible. It is basically the forest through the trees metaphor.

I am not at Premier Doug Ford’s COVID-19 emergency response table, so I don’t know if they followed step one and two. However, given the mixed messages from various doctors, municipal leaders and the provincial government, message discipline clearly does not exist.

A great example of this is ActiveTO. This project opens the Lakeshore on weekends heading into Toronto for cyclists.

I’m a cyclist and ride daily. I also live in Calgary, as I have been a part of a pandemic response since April 2020. So, there is no hypocrisy with me wanting to ride, and also believing Ontario golf courses should be closed.

The hypocrisy is closing outdoor activities for some sports and leaving others (in fact, encouraging potential spreader events like ActiveTO) open. Meanwhile in the OPO – Ontario Premier’s Office – the rational is plain as day, schools are closed, restaurants are closed, why do golf courses get to stay open?

Looking at this from the OPO rationale, it makes perfect sense. This is also a vivid example of “beat syndrome,” being too focused on an issue to see how your focused approach doesn’t make sense to the broader public.

Not saying they are wrong, not saying they are right, just saying people no longer understand them. This is a serious issue during a pandemic, or any emergency response for that matter. The issue gets even more serious when you are a political party looking to get re-elected in 13 months time.

Former Premier Kathleen Wynne found this out in the last election when the Ontario Liberals were reduced to non-party status.

Lack of stakeholder consultation, turning their back on friends and supporters, the same unintelligible message daily, and decisions immediately contradicted by practice: these are the common complaints of Premier Doug Ford’s government.

I am not letting Justin Trudeau off the hook here; he is doing no better. It’s just that TruAnon is more rabid than Ford Nation right now.

There are exceptions to the rule, Monte McNaughton, Minister of Labour, Training and Skills Development, is being praised by the construction industry. Many in the industry have commented to me on his engagement with stakeholders as positive, even when they have disagreements.

Sadly, when you can point out individuals who are performing well, and you hear of their positive work consistently, that means they are standing out from the crowd. Being recognized for stakeholder engagement as being an exception is bad for a government – in a pandemic it is simply stunning.

Prabmeet Sarkaria, Minister of Small Business and Red Tape Reduction, also gets praise for his interaction with the business community. However, it is only from certain communities and usually the better-known agencies.

Golf courses, bars, restaurants, cafes, coffee shops and all of Queen Street West in Toronto don’t seem to get the same acknowledgement. It makes one question the “For the People” mantra (i.e. message being lost because it doesn’t connect with actions).

Again, there may be explanations for all of this, there may be very good reasons and I may be wrong in my observations. The problem is the message is so convoluted from the OPO and the Ford government that it is lost, even on me.

In all honesty I think the premiers across Canada have been left to deal with symptoms of an illness the federal government has let spread. Open borders, lack of personal protective equipment, lack of rapid testing, slow vaccine delivery, refusal to increase health transfer payments, bold face lies disguised as spin, all exacerbate the illness.

The symptoms of the illness are causing the shutdowns – not the premiers.

Regardless, Ontario is 13 months away from an incredibly important election. The numbers for the Ford government have steadied a bit and the lack of credible competition helps.

Despite this, anything larger than a minority government having to work with two parties that will not work with you might be the best Ford Nation can hope for.

This is simply because the message doesn’t connect with the actions, and the actions on too many occasions have made “For the People” feel like “For Themselves.”

There is time to fix this, but the first step is listening to the people. I don’t think anyone believes this is happening.

Bio note: Harvey “Busher” Harris, orange tabby, a gentle soul and a wonderful friend and companion went to kitty heaven last Tuesday. If you have a furry family member, give them a hug.