When will it end? 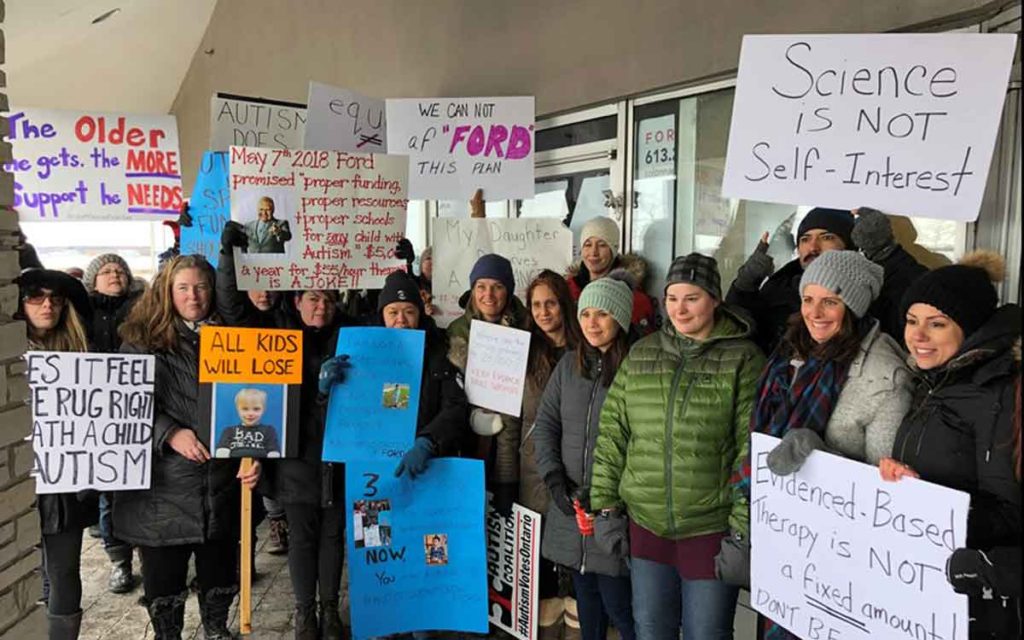 Protestors gathered outside MPP Lisa MacLeod’s office in Nepean to voice their opposition to the new autism funding plan.

Another week, another Ford government policy announcement, another virulent public sector union-backed protest.  This week the subject was autism funding.  The announcement was made by Minister of Children, Community and Social Services Lisa MacLeod, and the essence of the new policy is to alter the funding model so that funds go directly to the parents of autistic children and not to the regional service providers as was previously the case.  Another key – and hugely controversial – change was that funds will in future be distributed to all Ontario parents with autistic children.  Currently, only about 25 per cent of affected families are receiving government funds, while the other 75 per cent – representing 23,000 children – sit on waiting lists.  Overall funding would actually be slightly increased in the new policy.

Loud and vitriolic protests ensued on the part of the 25 per cent who would now be receiving less funding so that others could be taken off waiting lists.  The first media reports showcased outraged parents incensed at the changes on behalf of their autistic children, as those whose ox is being gored will always be more vocal than those who benefit.  The tenor of the protests did seem a little over-the-top, but this is understandably a very emotional issue. And then the true story came out.  It turns out that government unions – notably the Canadian Union of Public Employees (CUPE) and the Ontario Secondary School Teachers Federation (OSSTF) – were active instigators of the protests, and even bussed protestors from Toronto to Minister MacLeod’s riding in Ottawa to swell the ranks and up the outrage level.  Given what we have seen since the election of the Ford government in June 2018, government unions can be expected to protest their every move, no matter how sensible, necessary and pragmatic it may actually be.

It is easy to sympathize with parents who have autistic children, and for very good reason.  These parents have an uphill battle on their hands, and many have had to go as far as mortgaging their homes and otherwise going without to finance costly treatment in the hope that their children can be helped.  Protests on this issue were also a regular feature of the Liberal years.  However, it is difficult, albeit unfortunate, to imagine any government policy which would satisfy all.  As Minister MacLeod commented after a journalist asked her why the government couldn’t meet all of the groups’ demands, “Where would you like me to take the money from – violence against women shelters, refugee settlement programs….?” Those are just some of the tough choices that have to be made by any government, but especially one that was left in such difficult financial circumstances by their Liberal predecessors.

Unions are highly unlikely to back off their constant and melodramatic adversarial activities during the entire Ford term of government.  These ridiculous protests deserve every criticism from average Ontarians, who are increasingly fed up with unions who do nothing to contribute constructively to the discussion yet are always on the take from private sector taxpayers, no matter what political party is in power.

Maybe the next time contract negotiations are underway the unions can temper their wage and benefit increase demands so that additional scarce public funds can be devoted to worthy causes such as autistic children instead of more goodies for already overpaid government employees.  Perhaps the next time that Ontario government employee pension plans show an underfunded status requiring an injection of a few billion dollars from taxpayers, the unions can instead do the right thing and devote these monies to helping autistic children and other worthy causes. And then pigs will fly. 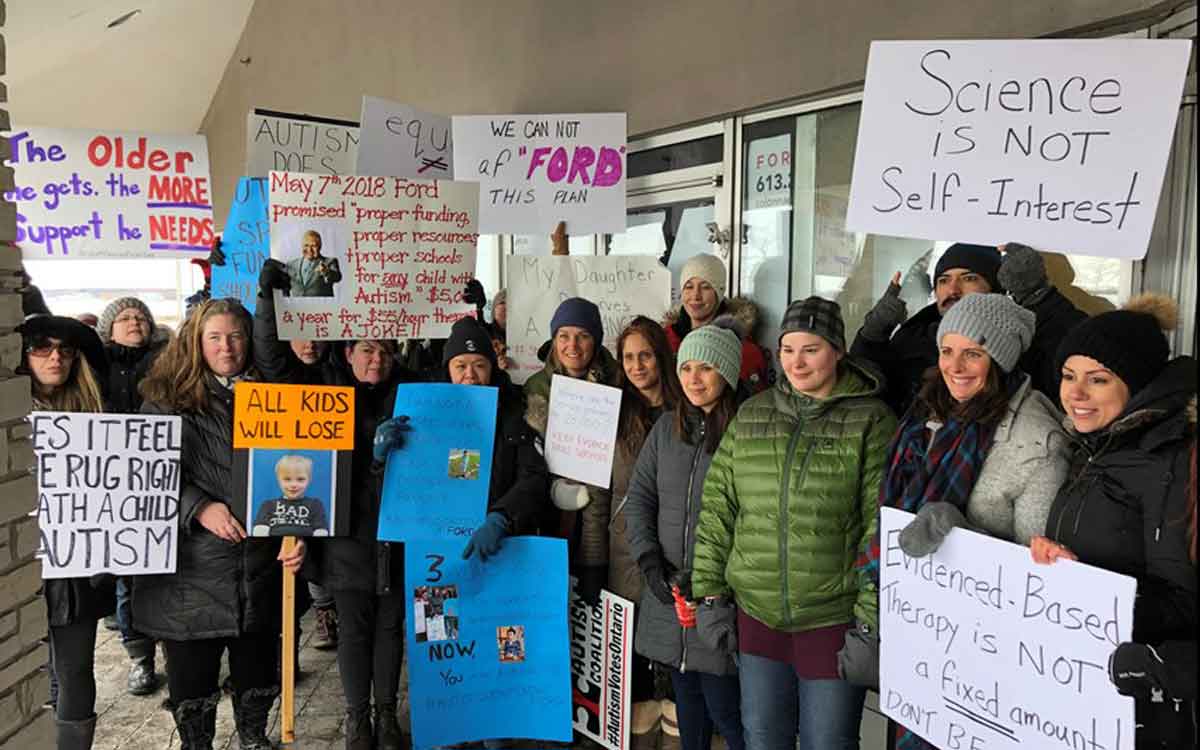