Who will be the Democratic nominee in 2024? 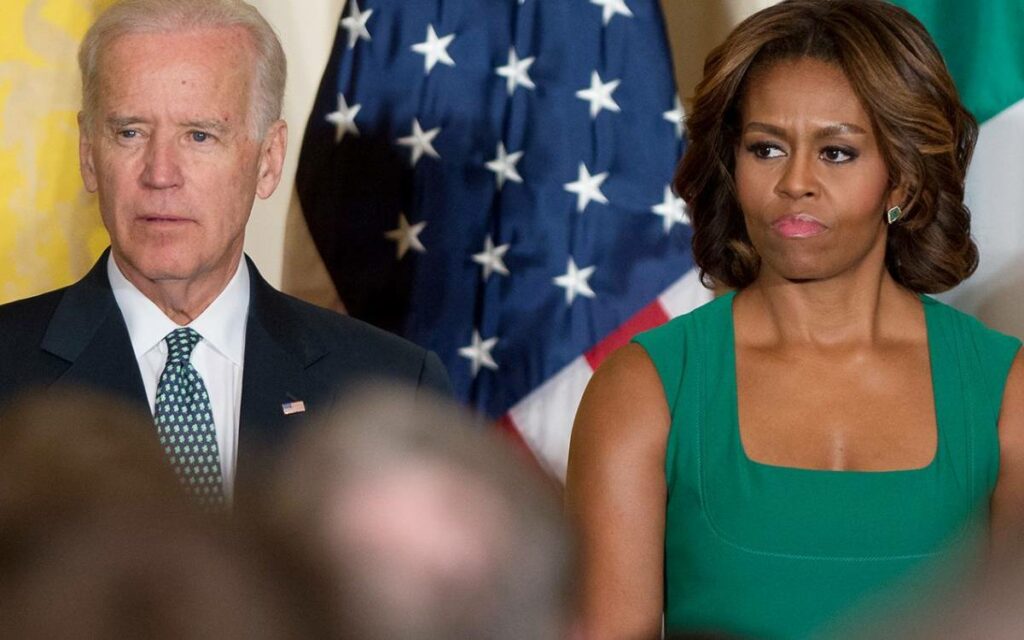 As the sitting president, one would expect Joe Biden to be the automatic choice for the Democratic Party. However, growing concerns around the soon-to-be octogenarian’s health and capacity put the possibility of a second term in serious jeopardy. There are several contenders waiting in the wings to jump in if need be. Perhaps the most inspiring choice for the Dems, but the least likely to agree to run is former First Lady Michelle Obama. Photo credit: Getty Images/Ron Sachs-Pool

In 1860 the nascent Republican Party appeared ready to nominate the highly respected statesman William H. Seward, former governor and senator from New York. At the right moment, some deft political management led the convention delegates, gathered in Chicago, to select a little-known backwoods politician named Abraham Lincoln. How the Lincoln campaign managed to do this remains political lore, but it can be summarized briefly as having maximized a short list of critical factors and doing them well.

As a favourite son candidate, the first step was to secure the Illinois delegation. Following that, the Lincoln team placed their delegates close to influential members with the intent of lobbying for their support. To increase their presence the Lincoln staffers printed counterfeit tickets and kept the Seward supporters outside the hall. And then, with three pro-slavery opponents against him in the general election, Lincoln took enough of the national vote to become president. No greater political stunner exists in American history. But 2024 may provide an opportunity.

The sitting president would expect renomination and a chance to seek re-election, but President Joe Biden is about to turn 80 and faces increasing questions about his health, his candidacy, and his chances in the 2024 presidential election. And this from his own party. Every day there are new doubts being raised as to Mr. Biden’s ability to continue in office beyond his first term.

The musings began with the political right during the 2020 campaign and could be treated as pure politics. In his first year in office, Mr. Biden struggled at times with slurring words, mobility, and remembering certain names or facts. His defenders, both in the party and in the media tried to downplay what most could see happening. As his political troubles mounted, however, the pressure increased, and now there is a full-throated call from both party insiders and mainstream liberal columnists for Biden to step aside in 2024 for a younger candidate who can take on whoever the Republicans nominate. Exactly who to select presents both a problem and challenge for the Democratic Party.

Finally, there’s a long shot tier including Meghan Markle, Oprah Winfrey and a series of little known or obscure politicians for whom you would need a search engine to even know who they are, much less what they have done. This serves as the basis for what awaits us in 2024 as we anticipate the return of Donald Trump and his fulminations about a stolen election and other lies he uses to crank up his loyalists. If not Joe Biden, who?

In the top tier, it seems painfully obvious that Vice-President Harris, fresh from sharing her pronouns with us, remains a large political liability. She presents as the kid in sixth grade who never has the book read for report day. Her mangled meanderings have become anticipated releases on Twitter. A Harris ascendancy would bring to life Julia Louis-Dreyfus’ character of Selina Meyer in VEEP. Here are but one of Harris’ quotes from a speech given in Louisiana about internet access: “The significance of the passage of time, right? The significance of the passage of time. So when you think about it, there is great significance to the passage of time.” It leaves the mind gasping when left to think about this intellectual lightweight holding the office of president for four years. No wonders most Democrats have moved on to other candidates.

There are no great prizes in that top tier. Either Senator Warren or Klobachar may attract women voters, but both are seen as far left, though Klobachar at least tries to portray some level of moderation. As for the two governors from strongly blue states, it seems unlikely that either Newsom, from a state which is bleeding population to places like Florida and Texas, or Prtziker, another COVID hawk, would really bring anything interesting to the table. Former candidate Hillary Clinton says desperation, and the inimitable AOC is more a media phenomenon than anything else.

The second tier is filled with senators who, as the late political observer Mark Shields used to say, know only one cure for presidential ambitions – formaldehyde (embalming fluid). Bernie Sanders would be 83 if elected in 2024 (and you thought Joe Biden was old!), Joe Manchin would split the party, and Cory Booker, Jon Osoff, and Sherrod Brown could meet their supporters in a phone booth (remember them?), and I don’t mean separate candidate meetings. If Stacey Abrams pulled off the upset and won the Georgia governorship, she represents a very interesting choice for the Democrats, but the likely outcome does not favour her and unless she wins her candidacy remains more dream than reality.

The obvious choice appears to be Michelle Obama, who is the one person the Republicans also lose sleep over. She likely could not be talked into running, but if she did her campaign would be formidable and her number one supporter enjoys great popularity in the Blue States needed for a Democratic victory. Team Obama could muster a strong claim for a return to power, especially if the GOP is short-sighted enough to nominate the former president. The nation would once again be dragged back to fight previous elections while Mrs. Obama quietly consolidates the Obama coalition and returns the Democrats to power. Of course, if the Republican party nominates someone else, like Governor DeSantis of Florida, the former first lady would face a much stronger opponent and her chances would be significantly reduced.

Whoever is able to take advantage of the unique circumstances that will be present, maximize the opportunities, and pull together a block of supporters will win the nomination and have a chance to make history. They will not likely have to save the Union from a Civil War, but returning some normalcy to the lives of hundreds of millions of people who have endured the wallops of COVID, the outlier Administrations of Trump and Biden, war, inflation, interrupted supply lines, and pronoun debates would be a welcome respite.