Why are U.S. elections open to charges of fraud? 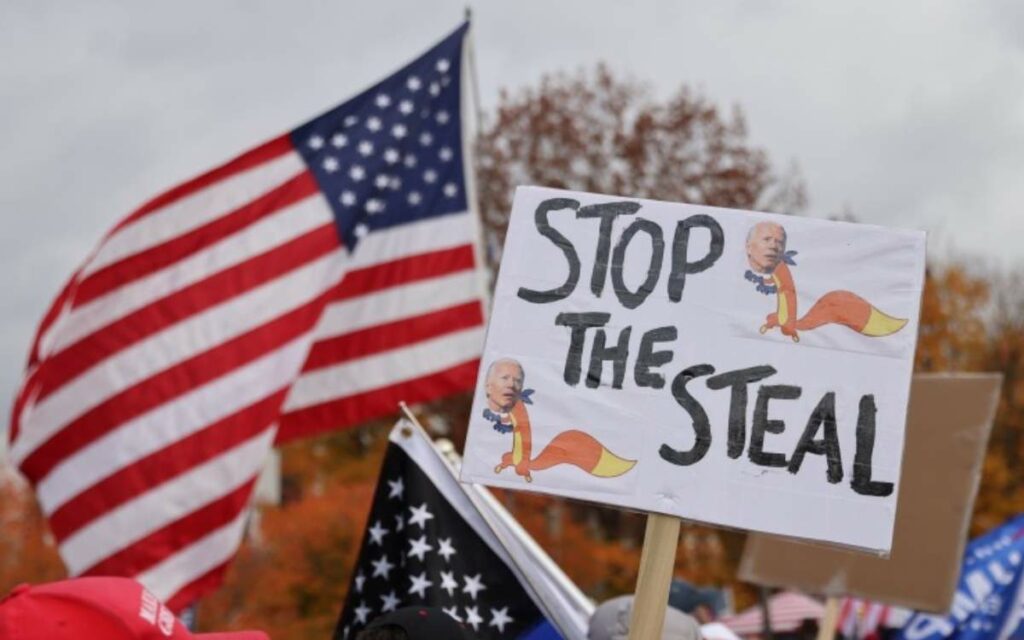 Everyone in North America with the slightest interest in current events knows about the claims of a stolen vote in the 2020 American presidential election. Interestingly enough, a long history of cheating accusations, fraud, and shenanigans surround elections in the United States.

Without detailing the long history at any length, most historians would agree that national elections in 1800, 1824, 1860, 1876, 1960, and 2000 all produced charges of election manipulation. In Canada, however, elections run almost without incident, with very few ever questioning an outcome or leveling charges of voter suppression, election theft, or ballot harvesting. Why are there such differences between the two countries and what feeds this skepticism?

There are several reasons which explain the American problem.

The Times, Places and Manner of holding Elections for Senators and Representatives, shall be prescribed in each State by the Legislature thereof; but the Congress may at any time by Law make or alter such Regulations, except as to the Places of choosing Senators.

Beyond this initial mandate, the Supreme Court has ruled quite expansively on behalf of the states, “to provide a complete code for congressional elections, not only as to times and places, but in relation to notices, registration, supervision of voting, protection of voters, prevention of fraud and corrupt practices, counting of votes, duties of inspectors and canvassers, and making and publication of election returns.” The Court has further recognized the states’ ability to establish sanctions for violating election laws as well as authority over recounts and primaries. So, in effect, the United States holds 50 separate elections on election day with varying regulations overseeing each state’s vote.

In Canada, the governing of federal elections occurs under the Dominion Elections Act of 1920. Elections Canada states: “The Chief Electoral Officer is appointed by a resolution of the House of Commons, so that all parties represented there may contribute to the selection process. Once appointed, the incumbent reports directly to Parliament and is thus completely independent of government and political parties.”

As a result, in Canada, the Chief Electoral Officer oversees every federal election in each jurisdiction nationwide and is responsible for the preparation, implementation, and application of all stages of the election from beginning to end. The differences between the two systems could not be starker at the federal level.

This explains why those calling for national standards in the United States do not understand the system which governs them or perhaps believe that the Constitution can simply be ignored. This bleeds into problem two.

2.The Law of Unintended Consequences – Actions of people, especially of governments, always have effects that are unanticipated or unintended.

Most of the state changes in voting laws were designed to increase voting, encourage participation, make it safe to vote, and ensure every vote counted. Unfortunately, the law of unintended consequences usually surfaces in these conditions. With 50 states each designing their own slate of election regulations, the potential for different vote-counting strategies develops.

The reason why state officials in Florida accounted for almost eight million votes in about two hours, while the Senate race results in Alaska, with about a million voters, remained outstanding for several weeks after e-day presents a perfect example. Every state legislature addresses needs and priorities in its state, allowing for ballots to be mailed in and delivered at times as various as days before or after the election. Some do not begin to count the mailed-in ballots until after the election while a state like Florida counts them as they receive them. Other states allow for a great deal of early voting, some not as much. Politically, Republicans have tended to vote on election day rather than use advance polls, leaving them vulnerable to intangible events.

This system explains why Republican candidates often open up big early leads in swing states, but then their Democratic opponents often catch them later in the evening, overnight, or days later. For GOP supporters these unsettling developments create doubt, sow distrust, and cause them to look for reasons to explain these shifts. These partisans do not accept a simple explanation and become very open to questioning the results based on hearsay, suspicion, or a favoured candidate who finds comfort in explaining his or her loss as some type of voter fraud.

While this is unfortunate, unnecessary, and unacceptable, the fact that the practice creates this kind of confusion should cause both federal and state legislators from both parties to look for ways to tamp down the wide differences in voting laws and look for ways to standardize them during national elections.

Above the 49th parallel, different bodies in each province oversee provincial and municipal elections, ensuring that they are consistent in each riding or municipality. Once again, elections in Canada, held at the provincial or municipal level rarely elicit charges of fraud. The vote is done electronically and handled quickly. In Ontario’s recent municipal elections, most results were known early, and concession or victory speeches were given well before midnight. Standard practices minimize much of the confusion.

The greater the power accumulated the greater appears to be the effort to consolidate that power into everlasting rulership. Western democracies at their best include a rising turnover of political leaders at every level, responsible members of electoral bodies, and competitive opportunities for newcomers every election. Like the upsurge of monied interests in sports, the mother’s milk of political action has always been financial, but nowadays, especially in America, money in politics has become a blood sport.

The incentive overwhelms any sense of community responsibility and drives such a thirst for power that the inevitable result is undeniable corruption. One need only look at many of the seats in Congress to know that, in effect, these are one-party-dominated areas thanks to pork barrel spending (essentially vote bribing with tax-payer money). When some of the Democrats talk about threats to democracy because of so-called Republican election deniers, they should consider areas in the nation where the Democratic Party has held power so long that democracy has become synonymous with dynasty.

The whole system needs a good flush. Lord Acton knew of what he spoke. Political scandals characterize American politics now more than ever, most of it based on the struggle to acquire, accumulate, and apply power. The most efficient path to do so includes incessant fund-raising, a task that takes up most politicians’ time nowadays. In Canada, there are some reasonable caps to spending and some decent regulation that keeps many of our elections more competitive. Nonetheless, we are not without our own issues, foreign money being the latest manifestation of this inherent threat to our or any democracy.

What to do? In America, there needs to be a tightening of election practices. States where elections run smoothly, and accusations are few or negligible, should serve as prototypes. States which constantly elicit controversy, like Pennsylvania, Arizona, and Nevada, may want to look to those states where close elections do not mean false charges or large leads disappearing because one huge batch of votes arrives. Specifically, perhaps all votes counted should be received no later than election day and counted as delivered. Republicans could do themselves a favour and instead of insisting that everyone vote on election day, use the advance polls and give their side some votes to count on later in the evening.

The whole mess needs to be sorted out and blaming one side for being a threat to democracy or suppressing votes because they require some ID does nothing to secure democracy. Those unwilling to examine why elections are such a problem in America pose as much of a threat to democracy as Donald Trump.

Americans could learn a thing or two about running clean elections from the country to their north. The question remains, do they want to, or are the monied interests too ascendant?