Why CANZUK makes sense for Canada (and the world) 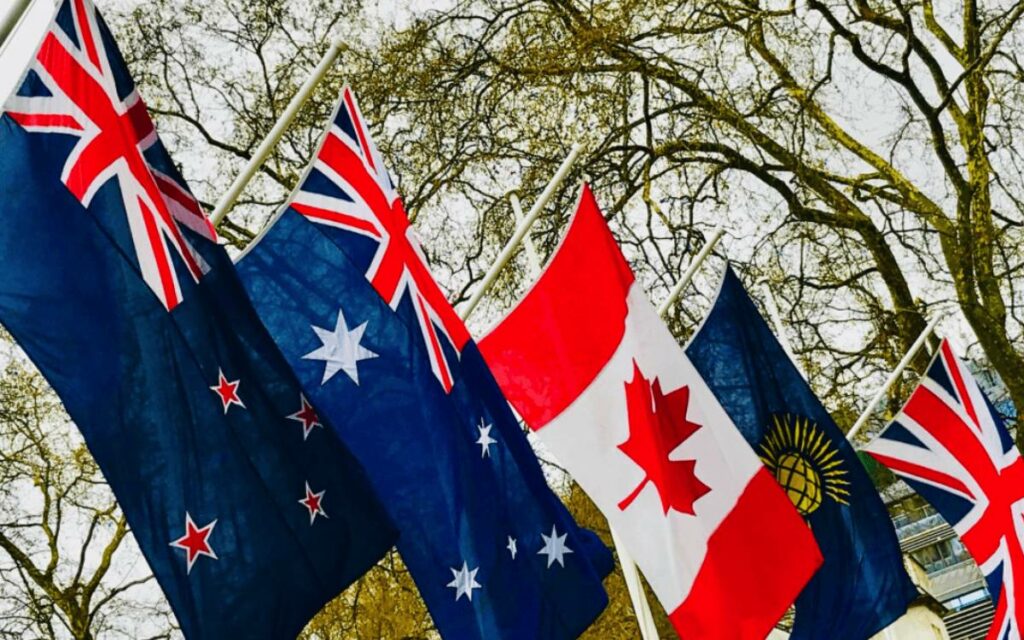 The partnership would be a formal bridging of the largest economies in the Commonwealth: Canada, Australia, New Zealand, and the United Kingdom. Global threats from modern imperialist states like Russia and China, coupled with growing American isolationist sentiment, means that effective alliances of such middle-sized powers will be crucial to maintaining peace and stability moving forward. Photo credit: CANZUK International

Recent decades have given rise to the development of numerous trade agreements and military alliances between various nations. One idea that is gaining widespread support among leaders in government, business, as well as everyday citizens is a Canada-Australia-New Zealand-United Kingdom partnership (CANZUK).

CANZUK presents a unique opportunity for the aforementioned countries to achieve economic growth, mutual security, and enhanced democratic influence on the world stage. It would be an ambitious and lucrative venture for member states. The world as a whole also stands to gain much from the prospective alliance.

The partnership would be a formal bridging of the largest economies in the British Commonwealth. All these nations adhere to a model of Parliamentary democracy. The British sovereign is a shared head of state. The legal system is built upon British Common Law. Every state recognizes English as a national language. Finally, and perhaps most rudimentary, each country has shared values: rule of law, the equality and dignity of every person, fundamental freedoms (speech, religion, association, property, etc.), as well as support for a market economy. They also have a common interest in maintaining a rules-based international order, as well as preventing any regional/global threat to individual and collective security.

Robust trade relations between the four nations already exist. CANZUK can make economic collaboration even more seamless. Firms would be able to expand operations throughout member countries, perhaps even more easily than Canada does with the United States. Franchise chains, in particular, could benefit greatly.

There is also a key opportunity for energy and resource markets. Canada, of course, has massive industries in lumber, oil, and water. We already access markets around the world, but CANZUK would diversify our trading output among four key allies. Each of the four countries also boasts advanced labour laws and protections for workers. This means that offshoring will not disproportionately impact one country over another. It also ensures that workers from all nations will receive relatively similar rights, notwithstanding their nation of employment.

There are also immense opportunities for free movement between member countries. CANZUK would allow people to freely live, study, work, and travel within any member state. This would create unprecedented access to high-skilled talent across all industries and economies. There would be a particularly strong latitude for mutually beneficial partnerships in STEM fields such as engineering, environmental science, and health care. Students also stand to be winners as they would gain ingress to a wider range of elite postsecondary programs.

Finally, there is the issue of security. Even though Great Britain declined as a global power following the World Wars it retains one of the largest militaries in the world. Britain is also a nuclear-armed state. Canada, Australia and New Zealand have also made important contributions to defeating evil regimes and maintaining world peace. Joint collaboration, in conjunction with a formal defence alliance under CANZUK, will promote Atlantic and Pacific security. It will allow for military collaboration in the air force/army/navy, as well as in the cutting-edge realms of cyber and space. CANZUK stands to be a military power that could make extremely meaningful contributions to countering any threat that arises around the globe.

Vibrant opportunities for economic growth, lucrative migration, as well as enhanced global security can be found in a CANZUK partnership. The changing world order posed by Russian and Chinese imperialism, coupled with growing American isolationist sentiment, means that effective alliances of middle-sized powers will become even more crucial going forward.

It is time that the like-minded nations of Canada, Australia, New Zealand, and the United Kingdom come together to forge this historic union.