Why Ron DeSantis frightens both Democrats and Trumpkins alike 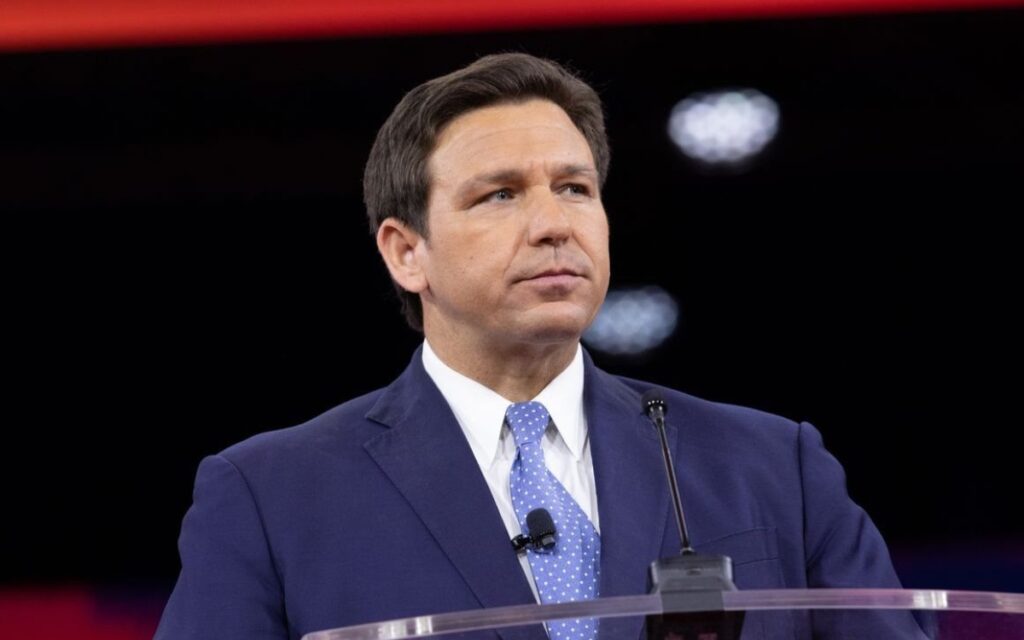 In the recent primary elections in Florida, the Democratic Party turned out a phenomenal 1.5 million voters to nominate Charlie Crist as their gubernatorial candidate in this fall’s election. It would appear that Florida Democrats’ excitement about defeating Governor Ron DeSantis is peaking. Republicans, however, did something more impressive. With no contested primaries for any state-wide offices, the GOP turned out 1.6 million voters. What does this mean?

For political consultants, pollsters, and observers it likely indicates Governor DeSantis, seeking a second term, is going to win comfortably and carry in a lot of Republicans on his coattails. A sizeable win in Florida would be six to eight points, affirming that Republicans, presuming there is an interest in creating the best chance possible to reclaim the White House, will strongly consider nominating the 44-year-old former Judge Advocate General (JAG), Bronze Star winner and graduate of both Yale and Harvard.

The Trump loyalists do not want to hear this and go to great lengths claiming DeSantis only became governor in 2018 because of Trump’s endorsement. The facts tell a different story. In 2018, most of the GOP candidates fell courtesy of a Democratic wave which included the House, and some governorships. DeSantis’ win in Florida could easily be described as in spite of Donald Trump rather than because of him.

In a closely contested race against former Tallahassee mayor, Andrew Gillum, DeSantis squeaked out a victory while the Trump-led Republican Party was losing the House of Representatives, seven governorships, and at least 350 state legislative seats. The myth that Trump made DeSantis is another Trumpkin Land attempt to give credit to the former president as if he possesses special powers to move voters to support his chosen candidates. He has a mixed record on that score, as do most presidents.

Born in 1978 to a working-class Italian family who came to America during the early 20th century wave of immigrants, DeSantis’ personal story includes a series of powerful reasons why he deserves strong consideration. His mom worked as a nurse, his dad installed Nielson TV rating boxes. As a young man, DeSantis played baseball on the Yale team (as did George H.W. Bush) and served as its captain. He graduated with great honours in his history program and then at Harvard, where he earned a law degree, he graduated with honours.

His military service in the United States Navy brought him to Iraq during the troop surge President George W. Bush ordered. These were difficult and dangerous days. His position in Fallujah as Legal Advisor to the Seal Commander did not diminish the treacherous conditions. He has been awarded the Bronze Star Medal, the Navy and Marine Corps Commendation Medal, the Global War on Terrorism Service Medal and the Iraq Campaign Medal as part of his military record and serves in the Navy Reserve presently. This paints a stark contrast with Donald Trump whose sketchy military service includes some time spent at an academy but no service during the Vietnam War, though he was eligible.

Trump often criticizes military heroes like John McCain who he once infamously described as a loser because he was shot down behind enemy lines and spent five years in a Viet Cong prison (a place McCain satirically referred to as the Hanoi Hilton). Trump is quoted as saying, “He’s not a war hero. He’s a war hero because he was captured. I like people who weren’t captured.” Expect nothing less than a full-throated attack on DeSantis for not single-handedly winning the Iraq War. After all, in Trumpland, when you don’t wear the uniform, avoid the training, and skip the service, you obviously would have performed perfectly under pressure.

Once DeSantis decides to challenge Trump, we will all know the campaign has begun when Trump belittles DeSantis’ service. He knows authentic military service appeals to Republican voters and to independents. He recognizes DeSantis’ deft handling of COVID when he refused to be kowed by teachers’ unions and re-opened schools, allowed business owners to make their own choices, and did not hypocritically enforce masking rules which he wasn’t willing to follow.

Trump would like to bully DeSantis into waiting, but that will likely not happen if the governor enjoys a strong win in Florida, normally considered a bellwether state. Republicans badly need to reclaim the White House and the more DeSantis looks like a winner, the harder Trump will find it to diminish DeSantis’ achievements or make spurious and unfounded claims about him.

As for the Democrats, the full-court press on DeSantis began long ago. In conjunction with the media apparatchiks, the progressives and illiberal left have lied about his record on successive matters. The national party knows that placing this polished and accomplished candidate, at the tender age of 46, on a debate stage with the 81-year-old president will create optics never seen before in presidential politics. Once the debate begins, one can only imagine how badly Joe Biden will look when his opponent commands the facts, speaks coherently at great length, and prosecutes his case against the administration.

There have been unfair fights in politics before, but the prospect of Biden v. DeSantis in 2024 most assuredly frightens Democrats so much that just before the supposed summer resuscitation of the Biden presidency, many in the compliant media were openly speculating that the president could not seek a second term. Trump’s re-emergence to centre stage after the search at Mar-a-Lago may have temporarily altered this reality, but if the Republicans act with prudence, ignore the Democrats attempts to make Trump the central issue of the 2022 Congressional campaign, and focus on Biden’s vacuous record, the Democrats will once again be searching for a replacement for Mr. Biden.

The Democrats’ chief policy is to keep triggering Trump because they know he will respond. He feeds their quiver with his outlandish ideas about being reinstated, re-doing the 2020 election, believing the 12th Amendment allows the Vice-President to refuse state electors, or pardoning the January 6 protestors who have been convicted.

For all these reasons and more, Governor Ron DeSantis of Florida is Donald Trump’s greatest fear and the Democratic Party’s worst nightmare. The jury is out on whether or not the Republican Party will be smart enough to nominate him provided he enjoys a clear-cut victory in Florida this November.