Why the Uighurs matter 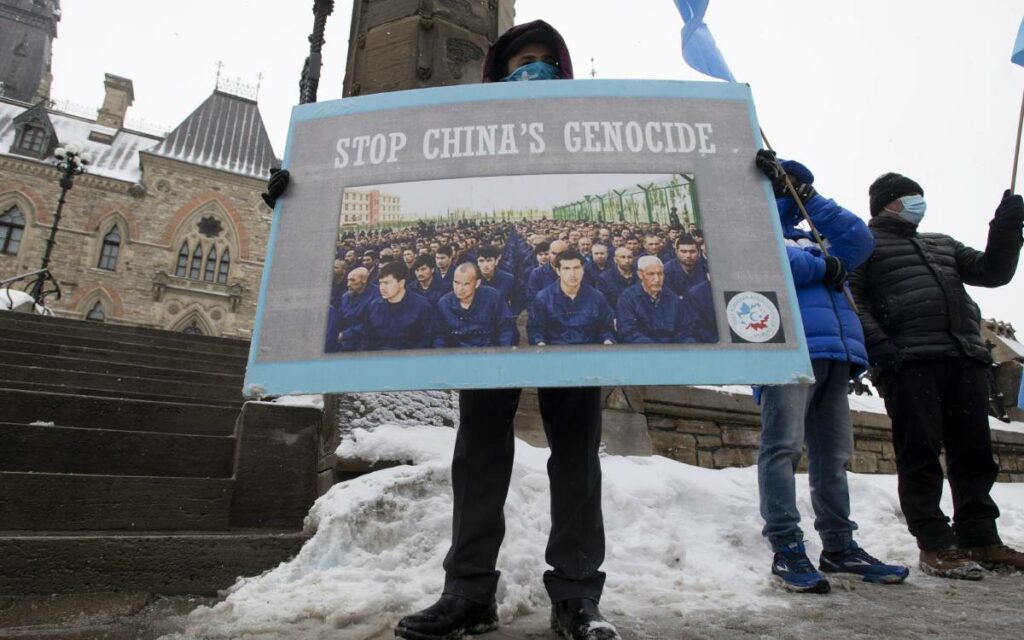 Justin Trudeau had a chance to stand up for an abused, enslaved and tortured ethnic minority this week. He didn’t.

In the words of former Welland MP Peter Kormos, an approved opposition motion and a toonie, that’ll get ya a ride on the TTC.

Basically, an opposition motion is only the opinion of the legislature or parliament, not the government. For it to be a position of the government the ruling party needs to adopt it, otherwise it’s just a statement, with the same power of a committee finding; which is to say none.

Okay, Peter may not have said exactly that to me, but I can assure you its right in line with the way he used to talk to me as an often, unwilling, mentor. So it is no surprise the Government of Canada decided to ditch a vote on a motion putting it at odds with one of its largest trading partners this week.

On a strict dollars and cents argument China – the Chinese Communist Party – represents seven per cent of Canada’s economy. We also know this particular group – the CCP – has the thinnest skin of any government in the world, so maybe calling them thugs, rapists and murderers isn’t the best thing.

On top of all that, I would guess less than 20 per cent of the people in Canada knew what an Uighur was before this week’s vote. I will admit I was one of them, the uninformed that is, though I wasn’t surprised the CCP would do such things to an ethnic and religious minority. I just didn’t know their name.

I can assure you if it was a group of white Catholics from Xinjiang they’d get treated the same way. Of course the Vatican and governments all around the world would be calling out the CCP for barbarism.

They would listen about as well as they are to the Uighur plight, but this is one case where being white wouldn’t help – on the ground that is.

Regardless, the Uighur people are not white catholic, they are ethnic Chinese Muslim and therefore they have less sympathy throughout the world. I don’t make the rules; it is true.

This is also certainly true from the Canadian Prime Ministers Office. He isn’t about to upset the Chinese Communist Party over a group of little know people from a place most couldn’t point out on a map.

It is similarly how every government in Canada ignores the almost weekly demonstrations by Falun Gong on the lawns of the legislatures and parliaments – another ethic Chinese group banned in China. Or how almost no politician in Canada attends rallies for Tibet or Taiwan self-determination. Or even Hong Kong independence.

That would be political lunacy, risking seven per cent of a country’s economy on age-old arguments from half way around the world.

Yes, Taiwan and Tibet have people to speak on their behalf. I am not sure if Falun Gong has a lobby group or just the demonstrations, but the argument still stands.

Still there is no one to advocate for the Uighur people and even if there was they represent a couple million from a country of 1.2 billion or so. Is Canada really expected to risk its economic security for a couple million people in a country of more than a billion in a place no one has heard of?

Well here is the thing. Justin Trudeau knelled, masked, with his fist in the air in support of another group of oppressed people on the lawn of the House of Commons this summer.

Are the Uighur people in any way the same as black people in North America – specifically the former slave owning United States? In one way; yes.

The Uighur people are oppressed, forced into living in prisons, raped, forced into slave labour and treated as sub-human by their oppressors based on religion and ethnicity.

No they haven’t spent 250 years this way, but not standing up to the oppression, who is to say that in 250 years, they will not have?

Rich, white, privileged, this is the way Justin Trudeau depicts his younger self. Who is to say that if you dropped a 30-year-old Justin Trudeau in 1750s southern United States, that he wouldn’t have been a black slave owner?

As a middle class white I get the same question. I could not say for sure, none of us can. But what we can do is call out oppression, systematic torture, slavery and rape, when we see it, in the world we live in today.

He had a chance to say a minority being subjected to the kinds of abuse, faced by far too many ethnicities at one time or another, is wrong.

He didn’t. So I have to ask, was this his white privilege again? He made a choice because of money and not right and wrong. Isn’t that the essence of white privilege that all the rallies, all the marches, all the stories, all wake up calls, intensified in the past year, were supposed to teach us?

The NDP said Conservatives are finally waking up to the genocide; maybe we listened during the past year. Maybe something got through. I certainly hope so.

Sadly the government and person most vocal in support of the movements to end racism – always at the very heart of genocides – did not learn.

This is what troubles so many people about Justin Trudeau – NDP, Liberal and Conservative alike. All flash, no substance, all talk, no action.

Justin Trudeau had a chance to stand up for an abused, enslaved and tortured ethnic minority this week. He didn’t.

Thankfully for the Conservative, NDP, Bloc, Green and Liberals who did stand up unanimously against the Communist Party of China, the House of Commons did.

But because of Justin Trudeau, Canada did not.