Why we wear the poppy 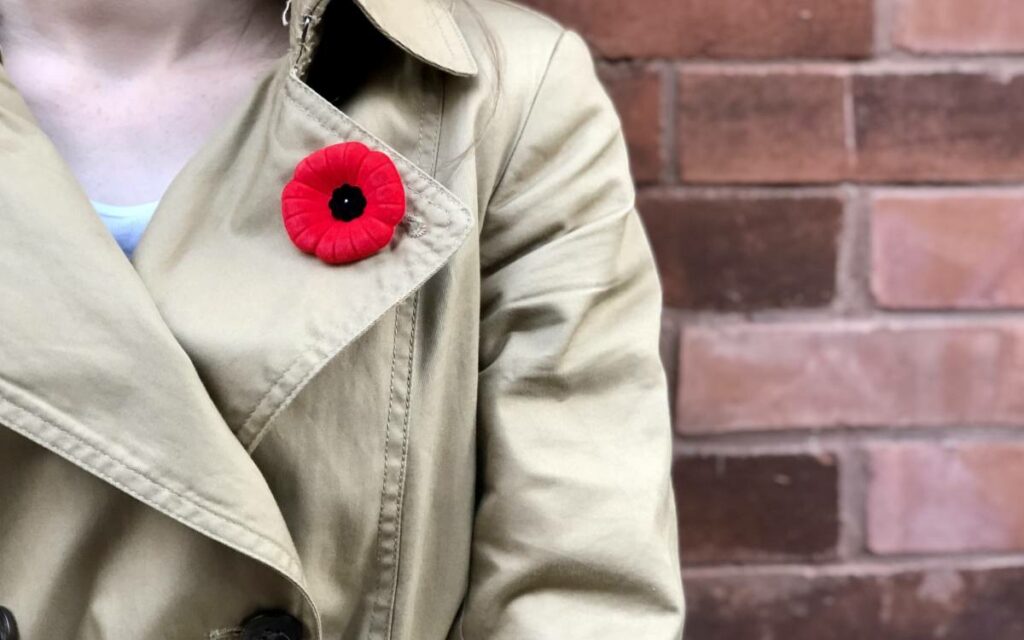 Late last week, it was revealed that US-based grocer Whole Foods had banned employees at its 14 Canadian stores from wearing poppies at work in the lead up to Remembrance Day.

While no specific reason was initially provided as to why, CBC News reported that an Ottawa worker was told by a superior that donning the ceremonial flower could be seen of as “supporting a cause” (and thus, in violation of company policy).

Naturally, the prohibition drew swift condemnation from across the political spectrum.

Prime Minister Trudeau called the ban “a silly mistake”, saying that he hoped the company would quickly correct its error.

Leader of the Opposition Erin O’Toole, himself a military veteran, levelled harsh criticism in a video posted to social media.

“I was outraged”, said O’Toole. “The freedom [that Whole Foods has] to be that stupid was granted by the sacrifice of thousands of Canadians.”

Ontario Premier Doug Ford even threatened the company and any other like-minded employers with legislation outlawing the ban of Remembrance Day poppies at work.

Within hours of the nationwide backlash, Whole Foods Canada reversed its decision, saying, “Given the learnings of today, we are welcoming Team Members to wear the poppy pin in honour of Remembrance Day.”

Hearteningly, alongside the adverse reaction, the entire episode evoked an outpouring of support for Canadian service members, past and present, and the organizations that continue to provide for and remember them. It also aroused questions as to how and why we commemorate the men and women who sacrificed so much for this country. Most obviously, the question of why, exactly, we wear a poppy every year starting around Halloween was brought up by countless individuals.

But when posed, the question “Why do we wear the poppy?” is often treated as “What are the origins of the lapel poppy?” and/or “What is the significance of the poppy, in relation to the military?”

The choice of the poppy as a flower of commemoration, as many Canadians are aware, traces its history back to John McCrae’s 1915 poem ‘In Flanders Field’.

For a quick snapshot of the story, click here.

While interesting, the origins of the flower as a symbol of remembrance does not actually answer the question of why we wear the poppy, however.

As O’Toole astutely alluded to in the clip discussed above, we pin a small piece of red polyester-nylon to our coats every November to, ultimately, show respect.

To show respect to the nonagenarian waiting in line at the pharmacy who, some 75 years ago, stormed Juno Beach as a mere boy and helped rid the world of totalitarianism’s sinister sprawl.

To show respect to the mother waiting to cross the road who lost her youngest son in Afghanistan while facing down al-Qaeda, en route to aiding our allies in the elimination of Osama bin Laden and his ilk.

To show respect to the nurse taking your temperature whose great-grandfather was sent as an innocent youth into the teeth of the combine at Vimy Ridge.

To show respect to the Royal Canadian Dragoons C Squadron tank operator stationed at Gagetown, currently prepared to deploy, in the name of freedom, anywhere overseas at the drop of hat.

To show respect to all those who have and continue to guard us while we sleep.

…that is truly why we wear the poppy.

The flower itself is irrelevant. What it signals to so many Canadians — Canadians who deserve to know that we remember and are thankful for their direct and indirect sacrifice — is, in the end, what’s important.