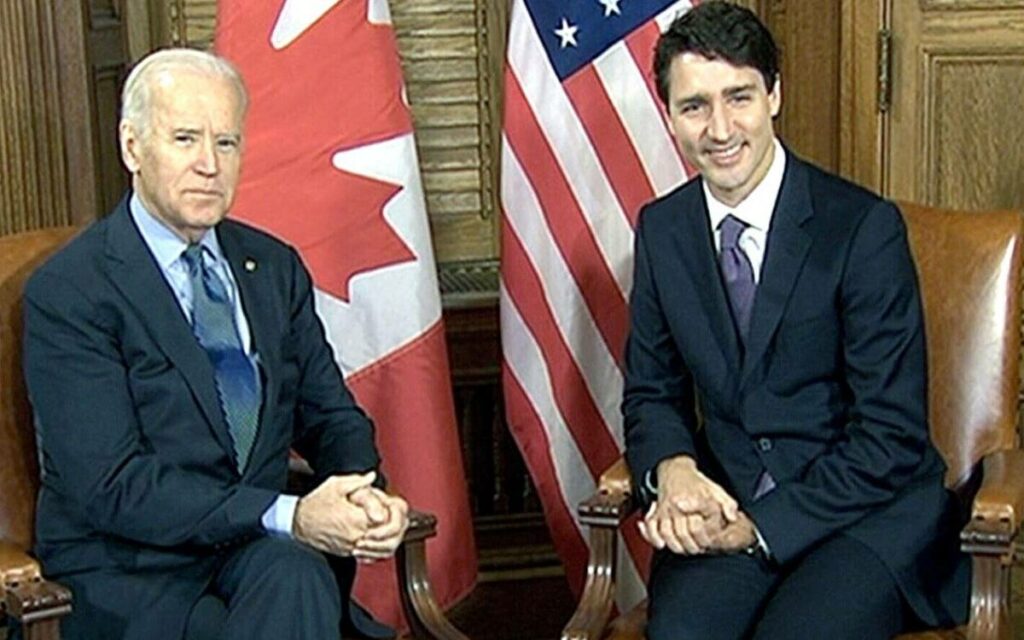 When Joe Biden was elected US President last November, much of Canada breathed a huge sigh of relief.

There were many media stories about how this development was great for Canada and that the US-Canada relationship could now be much more positive than it was during the Trump years.  And although Biden, who has been in US politics for almost 50 years, will certainly be a more typical politician than the mercurial and unpredictable Trump, it is by no means clear that his presidency will work to the benefit of Canada.

Indeed, one of Biden’s early moves on his first day as President was to kill the Keystone XL Pipeline, eliminating thousands of Canadian jobs and dealing yet another economic blow to Alberta.  Christopher Sands, Director of the Washington, DC Wilson Center’s Canada Institute, commented that Biden’s cancellation of Keystone with virtually no consultation with Canadian officials made Trudeau “look like a chump”.  The Canadian Liberal government’s response to the Keystone decision was that they were “disappointed” – a weak response but sadly very much in keeping with the Liberals’ attitude toward the energy industry in Western Canada in general.

Prior to his election as President, many commentators noted that they believed Biden would be a centrist, and not overly beholden to the elements on the far left of the Democratic Party who advocate quite extreme climate policies such as the Green New Deal, but his early move on Keystone and some accompanying comments suggest he might not end up being as centrist as predicted in the interest of keeping his diverse Democratic coalition together.

Trump had revived the Keystone XL Pipeline after it had been kiboshed by Barack Obama, supposedly because of concern about “climate change”.  Yet at the same time as Obama was cancelling Canadian projects, he was enabling the construction of many US pipelines and the growth of the fracking industry, to which the “green” movement is strongly opposed.  As is often the case, these energy developments appeared to be perfectly acceptable as long as they were taking place on American soil.

Another very important issue for Canada is the US Buy American policies, which have been around in various forms for many decades and can be especially punitive to Canadian companies providing goods and services to US public works projects.  Biden has said for some time that he plans to strengthen existing Buy American provisions, and one of his many early Executive Orders moved to do exactly that. Vic Fedeli, Ontario Minister of Economic Development, Job Creation and Trade responded to this very critically, noting that bilateral trade between the two countries amounts to about $400 billion annually and is essential for jobs on both sides of the border.  In anticipation of a possible ramping up of Buy American provisions, the Ontario government has been pursuing trade relationships on a state-by-state basis to hopefully reduce the negative impact on Ontario businesses.

One area where there is expected to be much more collaboration between the two countries is on policies that are intended to fight climate change, a file on which Trudeau and Biden are reportedly very aligned.  This could mean that US businesses will now be hobbled by similar punitive policies as those that have reduced the competitiveness of Canadian industry, which perversely could make Canadian businesses more competitive by default relative to their US counterparts.  It could also drive businesses and investment right out of both Canada and the US, and end up benefiting Mexico and other countries.

There has also been some speculation that a new, Canada-friendly Biden administration could help the Trudeau government out with its shameful failure to procure Covid-19 vaccine and provide support for  Canada at a very difficult time.  So far the new US administration has shown no signs of being willing to do so, however, and continues to prioritize its own citizens for vaccination, running circles around Canada’s abysmal performance in the process.

On the evidence to date, Canadians who believe a Biden presidency will be a boon for Canada had better put some water in their wine.  Although the Trudeau Liberal government appears to have a crush on Biden, the Biden government is busying itself crushing Canada.  The bottom line is any US President will always put their nation first, as any good leader should.  This is likely to be especially pronounced during a time of crisis such as that which the pandemic has imposed.

The Biden years are certainly likely to be much more conventional and lack the drama and erratic nature of the Trump presidency, but whether they actually end up more positive for Canada is by no means certain.