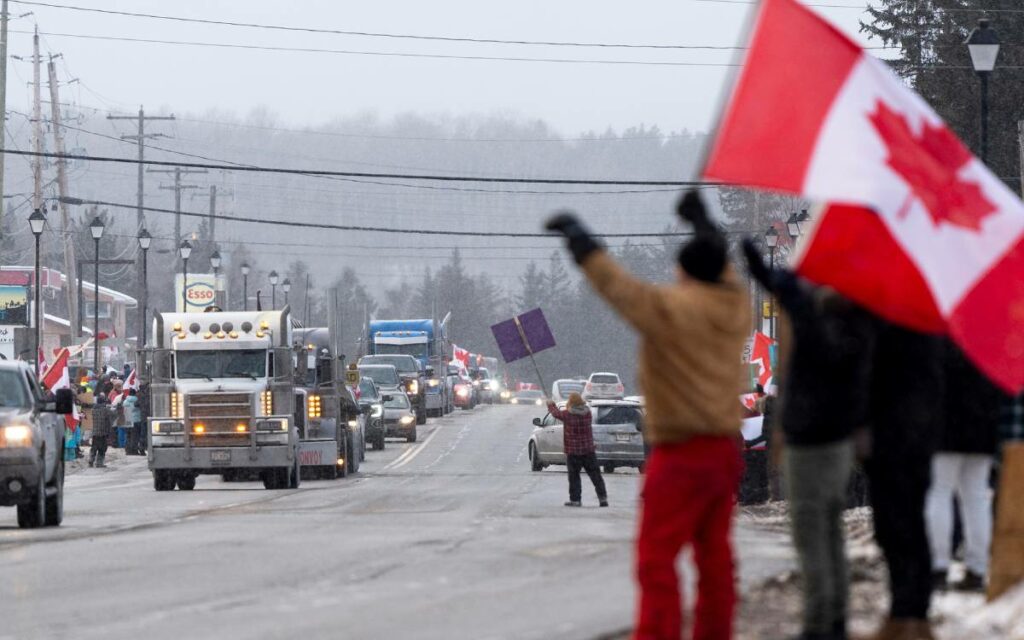 On route to Ottawa for a mass demonstration this weekend, the Niagara contingent of the ‘Freedom Convoy’ passed through the region Thursday morning.

Hundreds of well-wishers supporting truckers in their fight against the federal government’s vaccine mandate lined overpasses along the QEW and throughout city streets as the convoy made its way from Fort Erie, through Niagara-on-the-Lake, and then onward along the highway through St. Catharines, Lincoln, and Grimsby.

Decked in Canadian flags, pro-freedom banners, and anti-Trudeau signs, big rigs and passenger vehicles of every variety honked their horns and waved as they traversed the peninsula.

“I drove down to the overpasses today in Beamsville, just to see what was going on. There were hundreds and hundreds of people out there,” Conservative MP for Niagara West Dean Allison told The Niagara Independent in an interview Thursday.

“Regardless of what the legacy media wants to tell you – that this is small group, a fringe group – that’s just not true.”

Indeed, seemingly taking the prime minister’s lead, many in the CBC/TorStar legacy media have attempted to downplay and dismiss the convoy as nothing more than a handful of angry anti-vaxxers with “unacceptable views”.

However, a recent poll from Maru Public Opinion found that 28 per cent of Canadian adults think there should be no screening process for truckers whatsoever, regardless of vaccination status. With approximately 30 million people over the age 18 in Canada, that translates to around 8.4 million adults.

“That’s more people than voted for either of the country’s two major parties in the last election,” said Allison. “This is not a small group.”

According to the detailed table of the Maru poll, another 36 per cent of the over 1,500 adults surveyed said that unvaccinated truckers should be able to cross the U.S.-Canada border to deliver goods if they just show a negative COVID test from the previous 72 hours.

Conservative MP for Niagara Falls Tony Baldinelli said that he supports the group’s right to peaceful protest and agreed with his caucus colleague from Niagara West that the convoy’s participants appear to be concerned about far more than just vaccine mandates for truckers.

“Their concerns, in many ways, mirror other calls and emails I’ve been getting from constituents over the past several weeks and months with regards to the pandemic,” said Baldinelli.

“People are growing increasingly frustrated with the federal government’s actions on many issues, and their inaction on other pressing issues, like inflation, affordable housing, the use of rapid tests and the continually rising cost of living.”

But despite the fact that the protest has become all-encompassing, Baldinelli pointed to the original concern of taking truck drivers off the road as something that still needs to be addressed.

“[The] government has now targeted the [transportation] industry and is forcing Canadian truckers off the road, when supply chains and labour issues are already severely challenged,” said Baldinelli. “In Health Committee last week, the Minister of Health and our Chief Public Health Officer were not able to provide data about COVID-19 and truck drivers, so why has the government decided to proceed with a mandate policy now, two years into this pandemic.”

One of the many criticisms the Trudeau Liberals have faced since implementing the trucker mandate on. Jan. 15 is the fact that the once-exempt drivers have minimal contact with the general public and seemed to have been arbitrarily singled out.

Grocery store workers, for example – the very people that unload and restock the products hauled by the truck drivers, and who have far greater exposure to the public – are not required to be vaccinated or undergo regular testing in order to maintain employment.

Thousands of participants and supporters of the Freedom Convoy are set to descend on Parliament Hill around noon this Saturday, Jan. 29.

A GoFundMe page set up to help offset some of the convoy’s costs has reached nearly $7 million.

Neither Liberal MP for Niagara Centre Vance Badawey nor Liberal MP for St. Catharines Chris Bittle responded to any of The Niagara Independent’s multiple requests for comment. 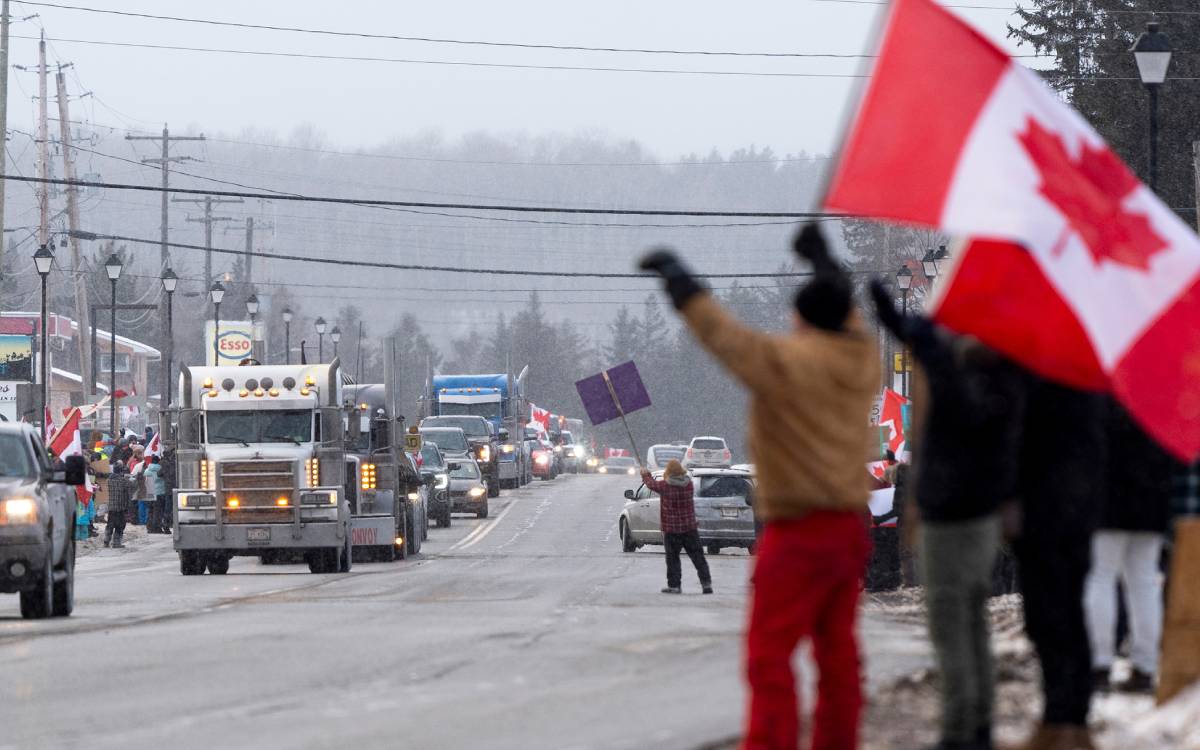