With province once again painted blue, much of Niagara remains orange 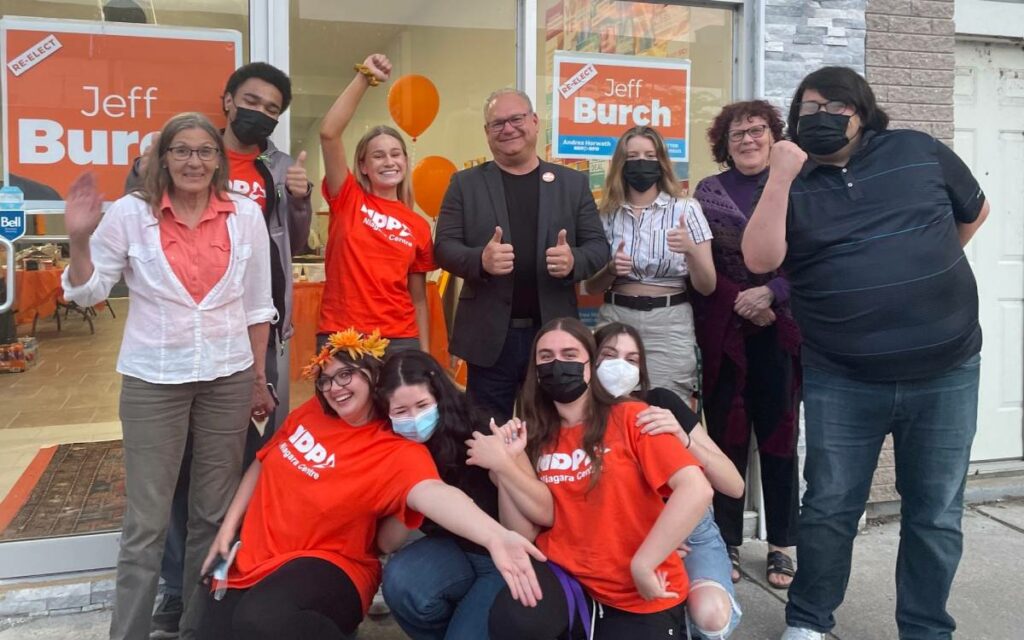 All four of the local incumbents – including three members of the Ontario NDP – were returned to Queen’s Park Thursday night. In the only local race that came close to a change in representation, Niagara Centre incumbent NDP candidate Jeff Burch (pictured back-centre) edged out PC challenger Fred Davies by a mere 2.1 per cent margin. It was the fifth closest contest of the entire 2022 election. Photo credit: Facebook/Jeff Burch

As predicted by virtually every forecaster worth their salt, Doug Ford’s Progressive Conservative Party earned another massive majority Thursday night, winning 41 per cent of the popular vote and 83 of the province’s 124 seats.

The NDP and Liberal Party secured almost identical shares of the popular vote at just under 24 per cent. The NDP enjoyed far greater vote efficiency, however, winning 31 seats versus the Liberals’ eight.

In all, the PCs gained seven seats from 2018, the NDP lost nine, while the Liberals added one additional member to their third-party caucus.

Locally, it was the night of the incumbents, as each one of the four winners from 2018 regained their seat in the Ontario legislature.

In Niagara West, Ontario PC candidate Sam Oosterhoff cruised to victory with 45 per cent of the vote share. Oosterhoff’s 18,779 ballots-earned nearly topped all three of his nearest competitors combined.

On the opposite end of the peninsula, Niagara Falls once again returned NDP incumbent Wayne Gates to Queen’s Park. As he did in 2014 and 2018, Gates garnered right around 50 per cent of the final tally – 48.1 per cent, to be exact.

PC challenger Bob Gale earned just under 37 per cent of the vote, a nominal improvement for the PCs from 2018, but not enough to threaten Gates’ control of the riding.

Liberal candidate Ashley Waters barely registered with the electorate, winning only 8.4 per cent of the vote share.

In a case unique to Niagara Falls amongst the region’s four ridings, the New Blue Party candidate beat out the Green Party representative for fourth place.

St. Catharines, one of the tightest races in the previous provincial contest and dubbed a ‘riding to watch’ by several outlets in the lead up to the 2022 election, ended with a comfortable win by NDP incumbent Jennie Stevens.

The surprising result was likely fueled, in part, by another less-than-stellar performance by the local Liberal candidate, who earned just 16.6 per cent of the vote in a riding controlled by the Liberals for 41 years prior to 2018.

And lastly, in the night’s closest contest by far, NDP incumbent Jeff Burch squeaked by PC rival Fred Davies, winning by a mere 2.1 per cent margin.

The 39.7 to 37.6 per cent result represented the fifth closest race in all of Ontario. Only 850 votes separated Burch and Davies at final count.

Liberal contender Terry Flynn, for his part, captured 13.3 per of the vote share, while Green candidate Michelle McArthur earned 4.5 per cent.

Early data indicates that voter turnout for this year’s provincial election was the lowest in history. As of Friday morning, Elections Ontario said only 4.6 million of 10.7 million eligible electors – 43 per cent of possible voters – cast a ballot for the 2022 contest. 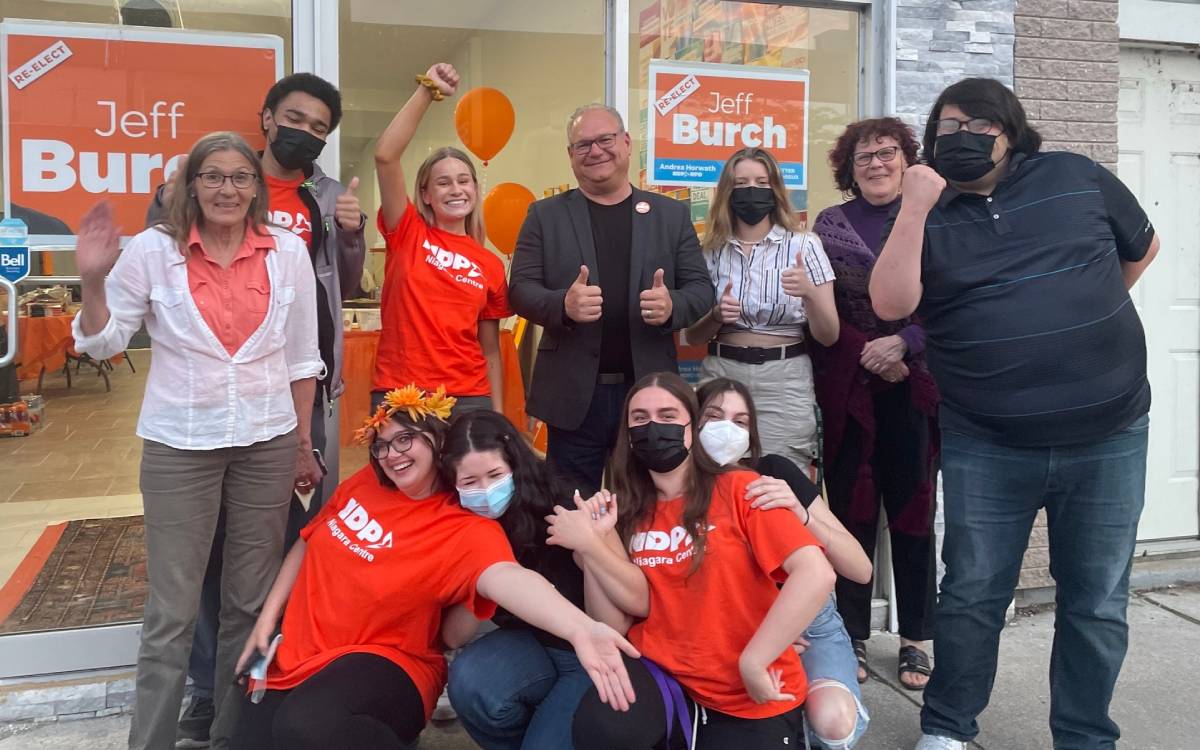