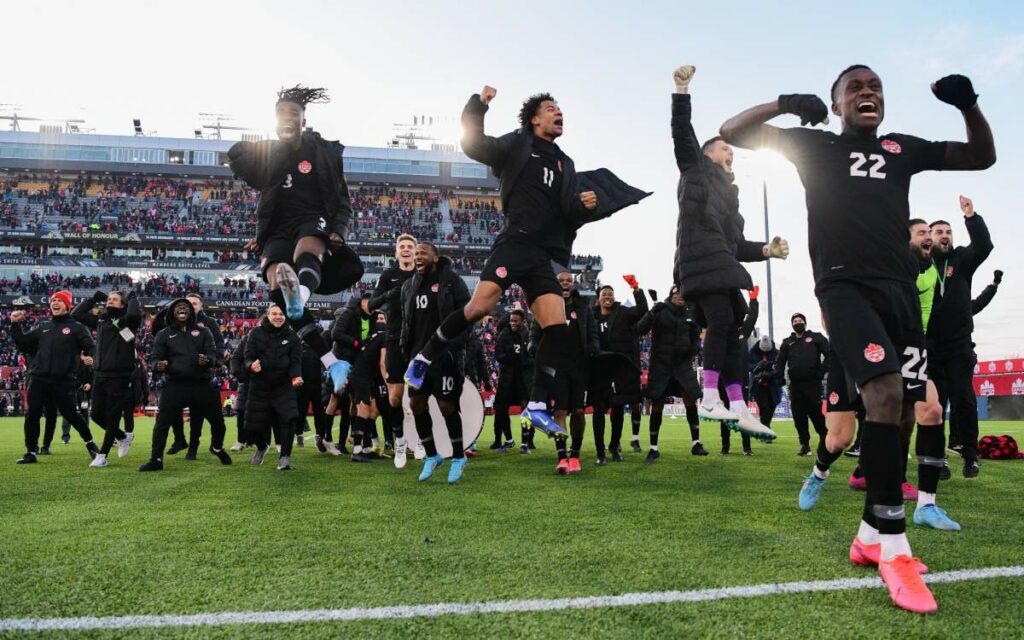 The world’s biggest soccer event officially kicked off on Sunday from Qatar.

The 2022 World Cup saw the host nation drop a 2-nill decision to Ecuador.

In fact, Qatar became the first ever hosts to lose its opening match at a World Cup.

The product on the field may be top notch as 32 of the best teams in the world, playing in eight different groups, will try and raise the World Cup championship trophy come December 18, but the issues off the field continue to make the headlines as well.

Before the opening match of the tournament, reports surfaced that more than 6,500 migrant workers had died since Qatar was awarded the World Cup more than a decade ago.

On Monday, thousands of supporters, including England and United States fans, faced chaos as the FIFA app crashed, meaning they were unable to access their tickets to get into the games.

And then FIFA’s (soccer’s governing body) threat of on-field punishment for players forced World Cup teams to back down and abandon a plan for their captains to wear “One Love” armbands that were seen as a protest to host nation Qatar’s human rights record.

Back on the pitch, most here in Niagara and across the country eagerly await Canada’s opening match against second ranked Belgium on Wednesday.

Former Men’s National team player Lucio Ianiero, who calls Niagara home and is now the head coach of the League1 St. Catharines Roma Wolves women’s team, was asked what it’s like to represent Canada on the world stage.

“When the crowd starts to cheer as you walk out, there’s no other feeling, there’s nothing comparable,” Ianiero, who has 17 caps for Canada, added.

Rob Lalama, head coach of the Niagara College Knights bronze medal winning women’s soccer team, feels his counterpart for Canada, John Herdman, is key if the Red and White can somehow advance past the group stage.

“I’m a big fan,” Lalama explained. “I think he’s very realistic. Obviously, he predicted they would qualify, which was a bold statement, but he was right.

These are all very realistic goals.”

Ianiero and Lalama were joined on the Niagara Sports Report by another Niagara native with decades of experience in the sport of soccer – the head of operations for the League1 Roma Wolves Carmine Provenzano.

“There’s at least 11 League1 players on the national team right now, so the future’s bright for us and the national program.”

As for their World Cup and sleeper picks, Provenzano offered this: France is his favorite, with Belgium or Spain as his sleeper teams.

And Ianiero called Argentina his pick to come out on top, with the Netherlands as his underdog.

Here is Canada’s group stage schedule at the World Cup: