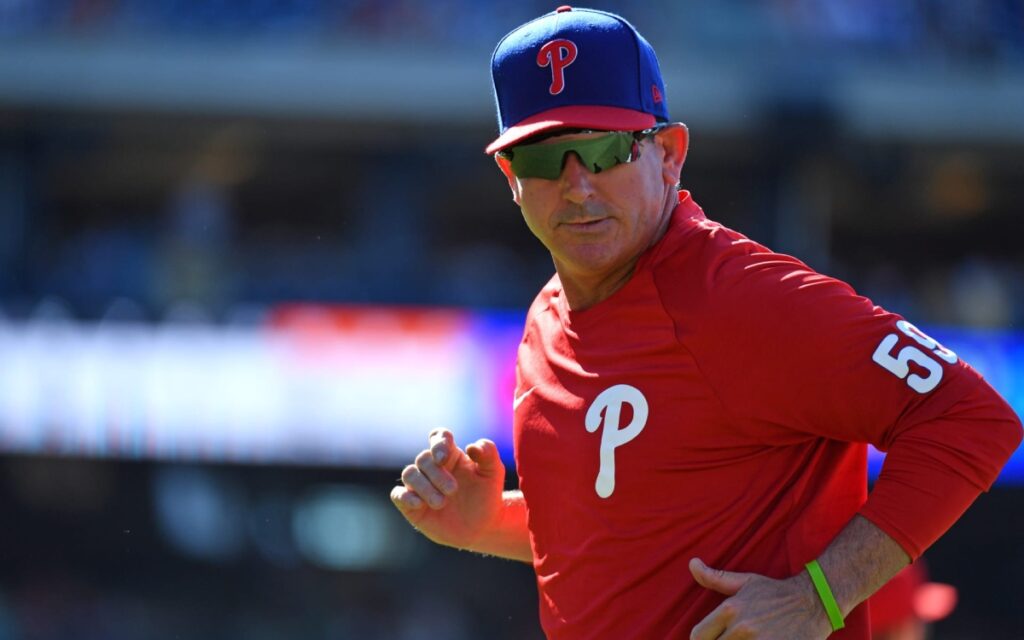 Only one Canadian involved in best of seven set. Phillies manager Ron Thomson (pictured), from southwestern Ontario, will try to win his sixth career championship ring against powerhouse Houston.

The 118th edition of the World Series is definitely living up to its moniker.

The Philadelphia Phillies will field a team with players of four different nationalities. USA, Venezuela, Dominican Republic and Panama.

Now outside of the players, one member of the Phillies enters the series with five championship rings.

And oh ya, he just happens to be Canadian.

Phillies Manager Rob Thomson is from Corunna, ON – just outside Sarnia.

Thomson won five World Series, all as a coach, with the New York Yankees.

All that being said, there’s no doubt Thomson’s Phillies are the underdogs entering the best of seven series which begins Friday night in Houston.

Philadelphia’s Bryce Harper, easily one of the best players in the game today, has the best offensive numbers from both teams.

When you think of the Houston Astros you think recent playoff experience and success, and pitching.

The Astros posted the best bullpen earned run average (ERA) in the regular season in the Major Leagues, and the relief corps has pitched even better in the playoffs. Houston’s relievers have allowed three runs – all on solo homers – and 14 hits while striking out 42 batters in 33 innings this postseason.

Can you say impressive?

This is Houston’s fourth World Series appearance in the past six years.

Here are the projected starting line-ups for both clubs:

And here is the World Series schedule: