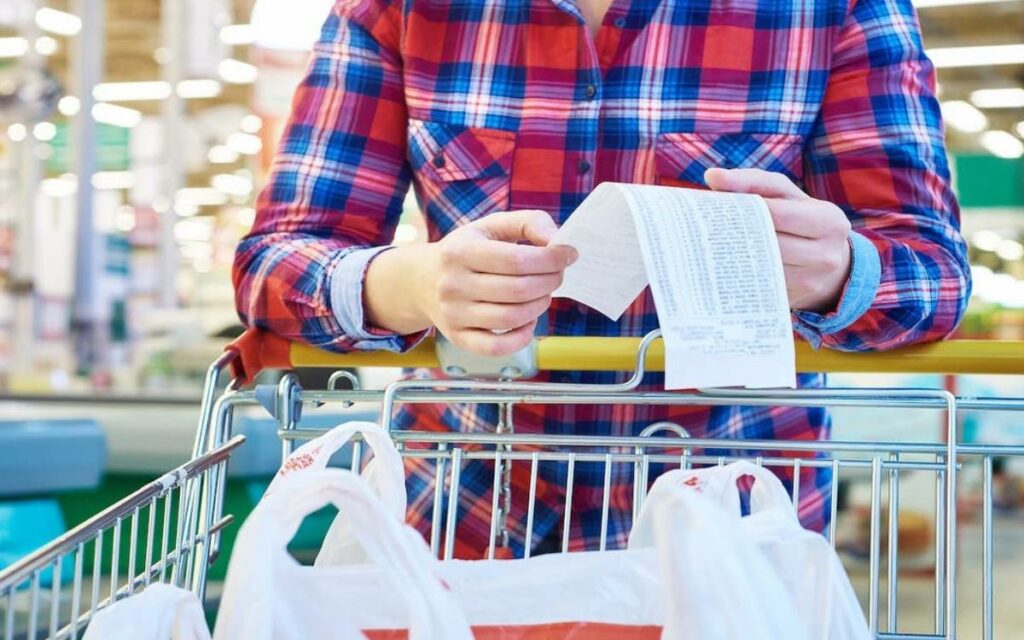 Runaway inflation, helped along in part by reckless and/or absent government policy, is making an increasing number of Canadians worry about how they’ll put food on the table or gas in the tank.

It will come as no surprise to most Canadians that a recent poll by Ipsos Reid showed that fully 60 per cent of survey respondents were concerned that they might not have enough money to feed their family. This is an alarming number which has increased sharply from 44 per cent in a similar poll done in November 2021. Skyrocketing inflation, which increased to 5.7 per cent in February, is the main cause for this grave concern. Most analysts expect that due to a number of factors such as the Russian invasion of Ukraine, pandemic-related supply chain issues, high energy prices and other factors, inflation will likely get worse before it gets better.

In Canada, we have a prime minister who foolishly said he “doesn’t worry about monetary policy”. Yet, it certainly seems that many Canadians do considering that monetary policy is closely related to a country’s inflation performance. The federal government has also tried to brush off inflation as something global in nature that they can do nothing about.

While it is true that many of the factors driving inflation are international, there are some elements within the control of domestic governments. In Canada, for example, we are facing yet another increase in the carbon tax on April 1 as well as an automatic increase in the taxes on alcoholic beverages that the Trudeau government imposed in 2018. To add insult to the injury of average Canadians, April 1 will also see a nice salary increase for federal politicians. All of these actions increase costs to taxpayers and fuel inflation for Canadians.

A significant driver of inflation is energy costs and again, although international supply chain issues are relevant, the actions of the Canadian government and others around the world to force a movement away from affordable, reliable fossil fuels in favour of costly, unreliable “green” energy sources has contributed to the supply shortages that are driving up prices. So, although many of the factors behind increased inflation are global, the least our governments can do is act on the policies that are within their control to ease the pressure on Canadian families and businesses. Instead, most Canadian governments seem determined to make the problem worse.

Another poll done recently was interesting for what it didn’t say. The headline derived from this Nanos poll was that 30 per cent of Canadians would never vote Conservative. The poll was commissioned by CTV and asked a number of questions about what Conservatives would have to do to attract the votes of Canadians. Many respondents said that a move to the centre was required, but it will be interesting to see if Canadians’ views change after they’ve had a taste of the country’s new leftist coalition Liberal-NDP government, which appears to have even bigger spending plans than the already profligate Liberals have demonstrated since they were first elected in 2015.

This poll was done in relation to the ongoing Conservative leadership race, but it is difficult to really understand the results without some context. For instance, how many Canadians would never vote NDP? I suspect it would be well over 30 per cent. And how many would never vote Liberal? Unfortunately, these questions were not pursued in the poll which renders the results fairly meaningless without some comparative data.

What is certain is that Conservatives in general have been taken a beating in recent years, as the pandemic has affected the views of voters on the role of government and some of the benefits of massive government spending in a crisis situation. The reality that many mainstream media outlets continue to receive hundreds of millions of taxpayer dollars every year from the Liberal government, and now will continue to do so for the next three years as the Liberal-NDP pact ensures the Liberals will remain in power, stacks the media deck against Conservatives.

But as history has shown time and again, the pendulum always swings back. Our big spending governments have racked up lots of debt even prior to the pandemic, and anyone who thinks that won’t affect our economic prospects going forward is dreaming. The realities of runaway inflation, which is in part a result of the growing cost of government and the absence of policies to encourage the business growth that will be required to pay off all of this debt, are hitting home for Canadians and they are rightly worried about basic issues such as how to feed their families.

Although the Liberals and the NDP may believe they have bought electoral peace for a few years with their recent cozy deal, they may find some unpleasant surprises in store as Canadians rightly demand solutions to the current serious problems they are facing.