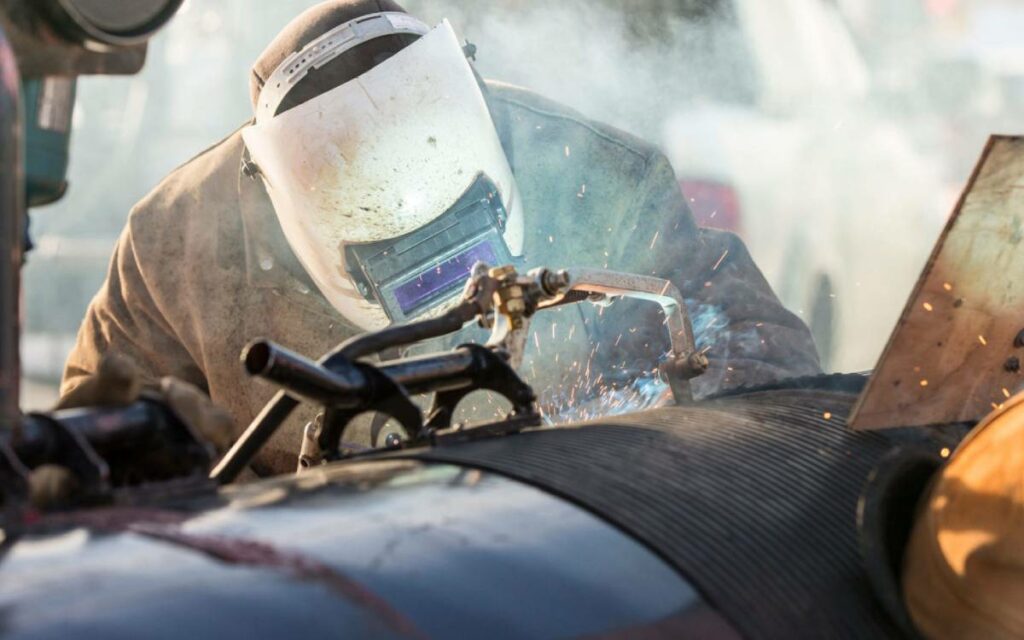 Oil and natural pipelines are like light switches on the wall. You take them for granted, along with the expectation that once flipped, your lights will come on. Thus, in normal company and in normal times, few people would, over dinner, discuss something as arcane as tubes and wires. The exception might be a convention of electricians and pipeline workers.

However, tubes in the ground that carry oil or natural gas have appeared in the headlines repeatedly over the last decade. To be sure, a majority of Canadians (including a majority  of Quebecois) favour responsible resource development. That includes pipelines. But the oddity of chronic news about oil and gas results in part from a vocal minority opposed to those resources. The damage to Canada’s economic and national interest has also been helped along by an occasional sympathetic American president who delays/denies/cancels a cross-border permit, i.e., Barack Obama during his two terms and Joe Biden now.

That cohort of Canadians has every right to oppose a pipeline, just as they are free to oppose electrical wires in a house that deliver electricity. Neither position is particularly helpful to heating a home, or seeing after dark, but we live in a free society. People can advocate for whatever they want within the bounds of law and judicial rebukes when protesters overstep.

On presidents, the decision by the new American president to cancel the presidential permit for the Keystone XL pipeline has led some to claim that activist opposition to pipelines made zero difference to Canada’s oil and natural gas exports, given that Canada’s exports of oil to the United States have risen.

Let’s examine that claim, but first the history of delayed and dead pipelines.

Over the past decade, multiple pipeline projects have been delayed or outright cancelled. Under the “cancelled” column, the prominent two include Northern Gateway and Energy East. Under the “delayed (again)” column, see Keystone XL and Trans Mountain.

Northern Gateway was effectively killed when a federal tanker ban on the northern BC coast (for significant volume flows) was enacted; Energy East died when then Trans Canada (now known as TC Energy) saw the opposition in Quebec polls and focus groups (the real reason beyond the polite official explanation); Keystone XL has been a political football since Barack Obama and President Biden is “merely” continuing the Obama approach; meanwhile, TransMountain, while proceeding, is not yet done and has faced its own challenges in court and on the ground over the years.

That’s the history and now some relevant numbers.

Natural gas exports to the United States are down from nearly 3.6 trillion cubic feet in 2008 to over 2.6 trillion cubic feet in 2019, or nearly a 28 per cent decline. That’s in part because of opposition by some to the development of a Canadian liquified natural gas (LNG) industry including “fracking’ for gas. Some opposition has occurred in British Columbia, Quebec, and in Atlantic Canada.

So far, that has meant a lost opportunity for LNG exports to non-U.S. markets, which could have replaced the decline in Canadian exports to the United States. That also means fewer dollars in Canadian pockets, fewer jobs and lost tax and royalty revenues.

On oil, when Canadian companies ship oil by rail down south and are captive to one market (the U.S. for both oil and gas), they spend more (rail costs are higher than pipelines). They also receive less for their product than they otherwise would—the “differential” in price as it’s known.

In 2018, Scotiabank estimated that large price discounts in the range of $25 to $30 per barrel could cost the Canadian economy roughly $15.6 billion annually. The Fraser Institute estimates that from 2013 to 2017, after accounting for quality differences and transportation costs, the depressed price for Canadian heavy crude oil resulted in $20.7 billion in foregone revenues for the Canadian energy industry.

In 2019, Alberta Treasury Board and Finance estimated that without sufficient market access, the Canadian economy lost almost $19 billion in 2018 due to steep price discounts. Looking ahead from that year, the Finance department noted that if no additional pipelines came online, Canada would lose more than $43 billion in income due to reduced production and investment between 2019 and 2023, or almost $9 billion per year. The lost income translates into the loss of about 35,000 jobs per year across Canada.

Lastly, in December 2020, IHS Markit estimated the loss of income for Canadian producers at US$14 billion between 2015 and 2019 inclusive, IHS called that number “conservative.”

Oddly, those who claim that anti-oil and gas activists have had zero impact on the oil and gas sector contradict the very groups now claiming “victory” after the American president’s permit revocation on Keystone XL.

Beyond that, such claims ignore the lowered value of what’s been in the pipelines and shipped by rail. In net terms, such exports, even when higher in volume, bring in much less to Canadians than if the same volumes were shipped by pipelines, and if Canadian-based companies had more than one market to which oil (and natural gas) could be sold rather than being held hostage to one customer.

Those who think delayed and cancelled pipelines have made no difference to Canada are off by orders of magnitude, between $9 billion and $15 billion annually. And that’s just for oil.