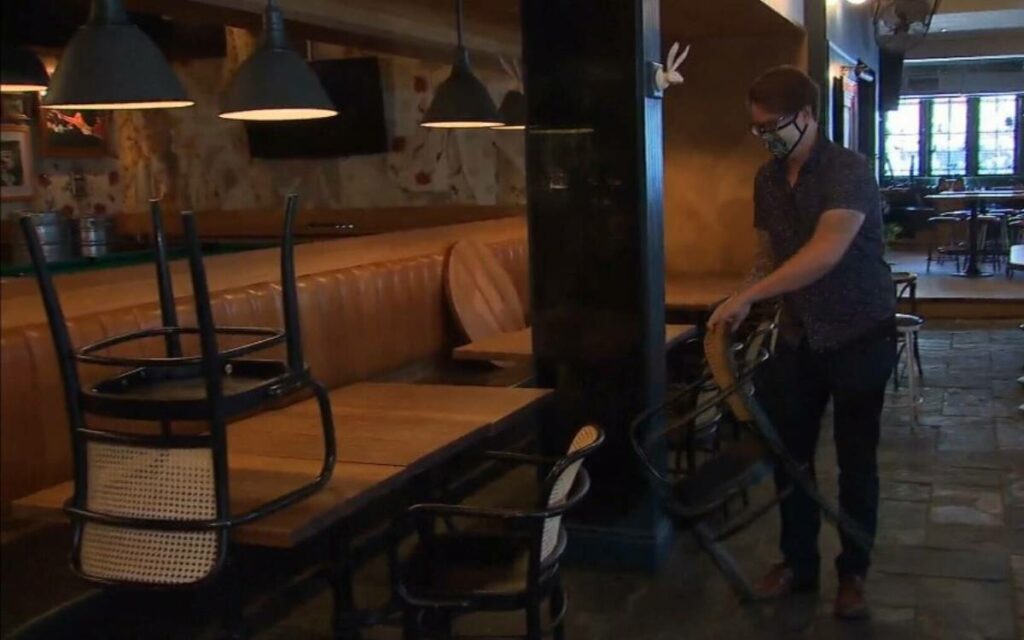 The number of known COVID-19 cases in Canada has grown to greater numbers than in the spring proving what we all feared – the second wave is in fact worse than the first.

I say known COVID-19 cases because parliament in Ottawa took the summer off instead of ensuring rapid testing is available for all Canadians before schools came back.

In August I wrote a column for the Niagara Independent – The Public Panic is Likely to come – in which I explained how back to school crashes emergency rooms every year. Wrongly I believed the Premier Doug Ford government would shutter schools again if there were more outbreaks.

The Premier and his band of medical experts did not in fact shut down the Petri Dishes that are public schools. Instead the Ontario government banned indoor dining and going to a gym in certain areas.

Depending on whom you talk to this ban may or may not be lifted tomorrow. But considering yesterday we had the highest single day case count since the pandemic started, I’m going to lean on the side of they will stay closed.

Thankfully for my friends in the restaurant and bar industry the unseasonably warm weather means patios still have a shelf life. This of course will change when the temperature drops and people rightfully ask, is it worth it?

Personally I believe the outbreak in case numbers – seen all over the world – is actually due to the thing that crashes the emergency rooms every September and January – schools and the Fall flu season.

Now no parent wants to hear that schools may be a massive contributing factor and no government wants to say it. But what else is open with large congregations of people and has been since the numbers started to spike again in September?

Not gyms, they got shut down. Not restaurants and bars they have been limited beyond belief. But schools continue to stay open and cases continue to rise.

In his defence, working every day from April to June was something Justin Trudeau has never done in his parliamentary career so the poor guy was likely pooped. And who wants to talk COVID-19 planning when the sun is out and he just bought himself a new canoe – oh wait he hasn’t fulfilled his 2019 campaign promise to buy us all canoes yet.

What is even more aggravating than the spike in numbers and renewed lock-downs is governments talking over each other. The latest case was a very blatant attempt by the aforementioned Mr. Trudeau to tell Premier Ford through the media to lock-down Ontario.

In case you missed it, on Tuesday the Prime Minister implored premiers and mayors to “do the right thing” with enhanced restrictions and targeted shutdowns. In response Premier Ford said, “I don’t know if he’s speaking to me directly… If he is, I want to thank him for his ongoing support, but we need more support for businesses. That’s what we need.”

The support the premier is talking about was promised back on October 9 and is still working its way through the parliamentary process. If I do my legislative math right that means we likely won’t see any of the enhanced business supports for another four weeks and hopefully before parliament rises in December.

And quite honestly if the enhancements are not done by that time, it is six to five and pick-em if parliament is extended or shut down until February. Why? Well to quote former Ontario Premier Dalton McGuinty, “the best predictor of future behaviour is past behaviour.”

I dined out on that quote and his constant tax increases for years while at Queen’s Park.

Seriously, this is a prime minister that shut down and later prorogued parliament in the midst of a pandemic then threatened an election because he didn’t like the make up of a committee – in a minority government situation for fudge sakes. Suddenly showing anything less than contempt for the parliamentary process, well I wouldn’t bet on it.

So what do we have? Premier Ford saying business is essential and then preventing people from going to gyms – a business – or restaurants so servers, cooks and bartenders can eek out a meagre existence.

Next we have Justin Trudeau needing to pass enhancements to businesses while at the same time he threatened an election that would be taking place right now and if he won parliament, wouldn’t have come back until 2021 – the second month of.

Next we have all the medical and health experts saying people congregating is the reason for all the spikes in numbers. However, there is only one place people have been congregating in large numbers through the entire second wave – schools, closing of which is verboten.

I would just like to note I am presently working in Alberta where we have been eating inside restaurants and going to the gym since May. Yes Alberta is seeing spikes in cases on par with other places in Canada, but they are not playing the open today closed tomorrow game and neither is B.C.

So the question the frustrated 30 plus million Canadians have is why does COVID react differently from province to province? Why is the prime minister sending messages to premiers through the news media and is this thing ever going to end?

Honestly we all want to see the light at the end of the tunnel and hope, just hope it isn’t a train again.