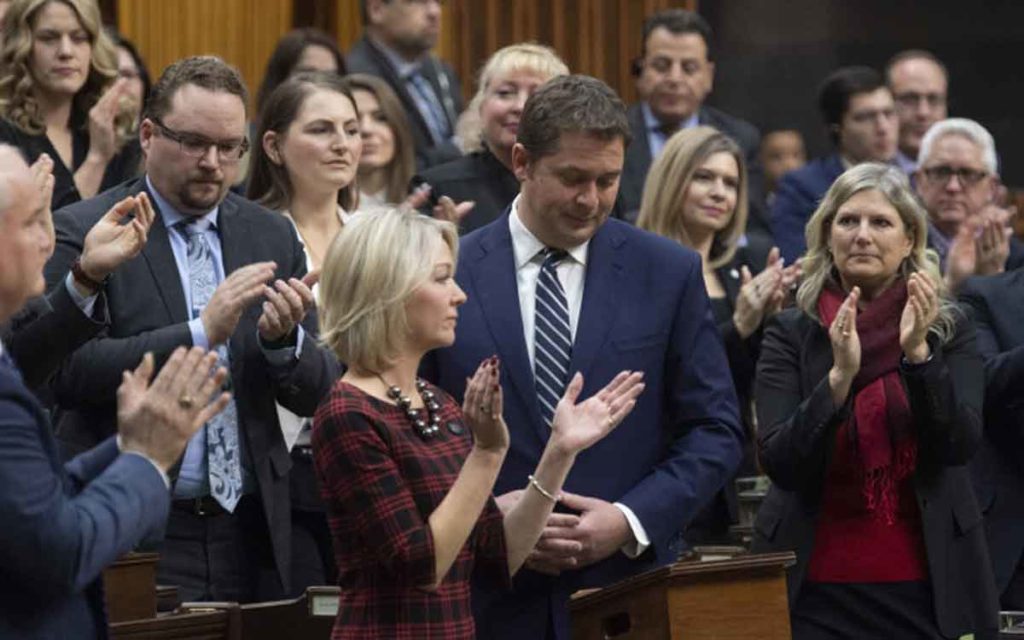 MP’s applaud Conservative Andrew Scheer during his announcement that he will step down as leader, on Dec. 12, 2019 in the House of Commons. Photo: Adrian Wyld/CP

The initial story (from unnamed sources) was that Conservative leader Andrew Scheer was using party funds to pay for his kids’ private school tuition, and was doing it “without the knowledge or approval of the [Conservative] Fund” as Global reporter Mercedes Stephenson tweeted in an “exclusive” moments before Scheer stood to speak in the House of Commons on Thursday.

But, as stories from unnamed sources often are, it was not entirely accurate. Two hours after Scheer resigned, party president Scott Lamb issued a statement that after Scheer was elected leader in 2017, Lamb offered to have the party reimburse Scheer for the costs of moving his family to Ottawa: “This includes a differential in schooling costs between Regina and Ottawa. All proper procedures were followed and signed off on by the appropriate people.”

So the party was not paying for his kids’ tuition – just part of it. And whether or not the Fund’s directors knew about it (a matter that is now being disputed), somebody with authority in the Conservative Party had okayed it.

Nevertheless, it was a bad look for Scheer. It is hard to justify even a percentage of school tuition as a legitimate leader’s expense, which parties often cover for things such as wardrobe, travel or housing. And, as some have noted, it makes it difficult for the party to criticize Justin Trudeau and other Liberals for their extravagant expenditures paid for by unwilling taxpayers, not voluntary party donors.

Trudeau may be down to just one taxpayer-paid nanny, but his travel, housing and food costs are enormous, and he just named a bloated cabinet that includes several “ministers” who are glorified government spokespeople, with non-existent, vague or overlapping duties. A 65-year-old is now Canada’s minister of digital government, “digital” meaning online or virtual, and not giving the middle digit to Western Canada. The finger thing is a duty that overlaps the entire cabinet.

Yes, the focus on Scheer’s school expenses is somewhat unfair. But that’s politics. Especially for Conservatives. It is an unfairness that Scheer should have been well aware of, yet he blundered into it anyway. People have a blind spot when it comes to their kids (just ask Trump when he’s not tweeting, or Joe Biden when he’s awake). No doubt Scheer is no different. And his likely hurt and outrage when the information was leaked was understandable. But that’s no excuse. Neither did Scheer have good excuses for his other self owns that emerged during the election campaign: leaving his dual Canadian-US citizenship unattended to until an election year, and hiring controversy-magnet Warren Kinsella to target Maxime Bernier and the People’s Party of Canada.

Since we’re listing own goals, some would add Scheer calling himself an insurance broker though he never attained a full license, and his refusal to publicly discuss his personal views on abortion and same sex marriage. Of course, now that Scheer is out of the way, several commentators have quickly pivoted to the argument that Scheer was not the problem, the Conservative party and its social conservative base are. Gosh, who saw that coming?

The partial off-setting of Scheer’s private school costs has brought attention to Scheer’s earlier proposal – abandoned for the election – of providing a federal tax credit for private school tuition. While on its face a reasonable measure, education is a provincial responsibility, which is where any tax relief or voucher should be offered. And why should the federal government be taking the pressure off provincial governments that choose loud vested interests over quietly angry parents? The provinces should be answering to their own frustrated customers, and offering tax credits or vouchers to parents who want out of the government school circus, or are already paying out of pocket.

No one can blame Scheer for putting his kids in private school. I can’t imagine why any conservative parent – let alone a conservative politician – would hand his children over to a government school for five hours a day when he could afford private or home schooling. But the perceived elitism of private schooling, coupled with the partial payment out of Conservative funds, was the last straw for a leader under constant fire since the ballots were counted just eight weeks ago.

Once party donors had joined the journalists, lobbyists and communications consultants calling for Andrew Scheer’s head, there would be no path forward for Scheer. Losing an election is one thing (and for federal Conservatives, a not infrequent thing). But endangering the multi-million-dollar money train that often raises three or four times what the other parties raise in a single year – well, that just won’t do. The Progressive Conservative-Canadian Alliance merger was triggered by donors saying: “No more money until you guys get your act together – emphasis on together.” Keeping the money rolling in has been a core imperative ever since.

It is sad that Andrew Scheer’s resignation is entangled with his desire to do what is best for his children, and was helped along by damaging leaks from people he probably thought were friends. But he also has to know that he did it to himself. 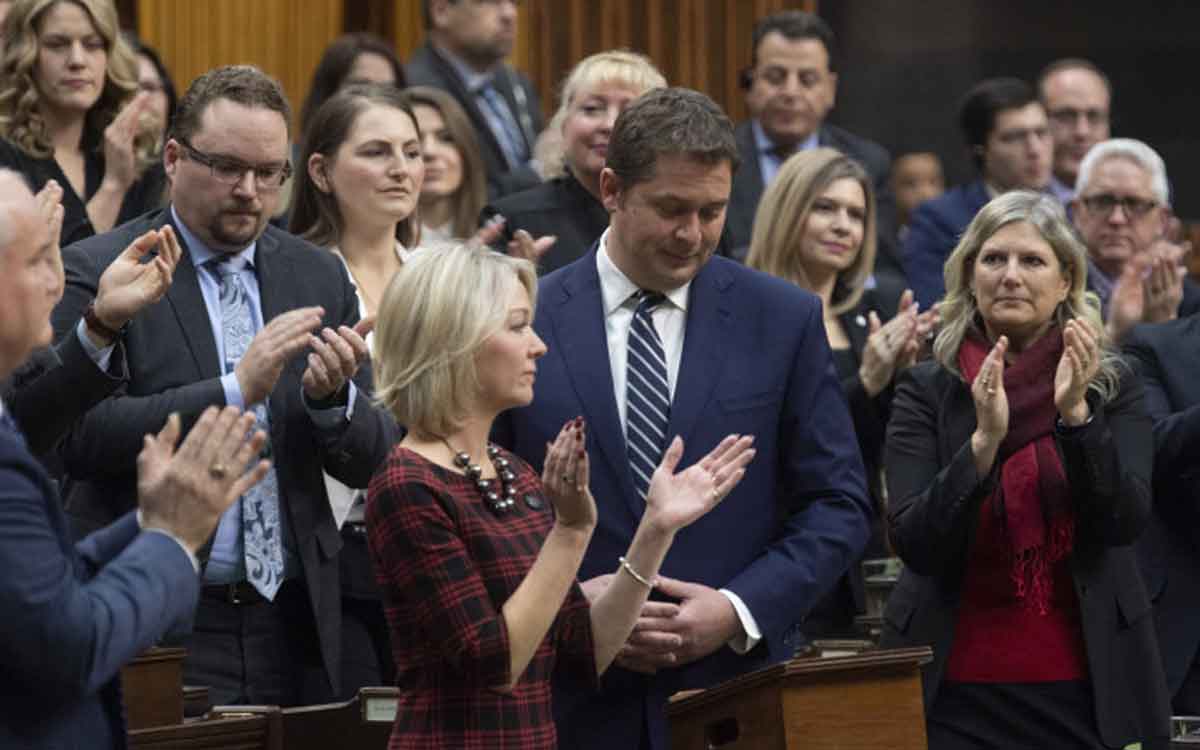