At last, she speaks (we hope) 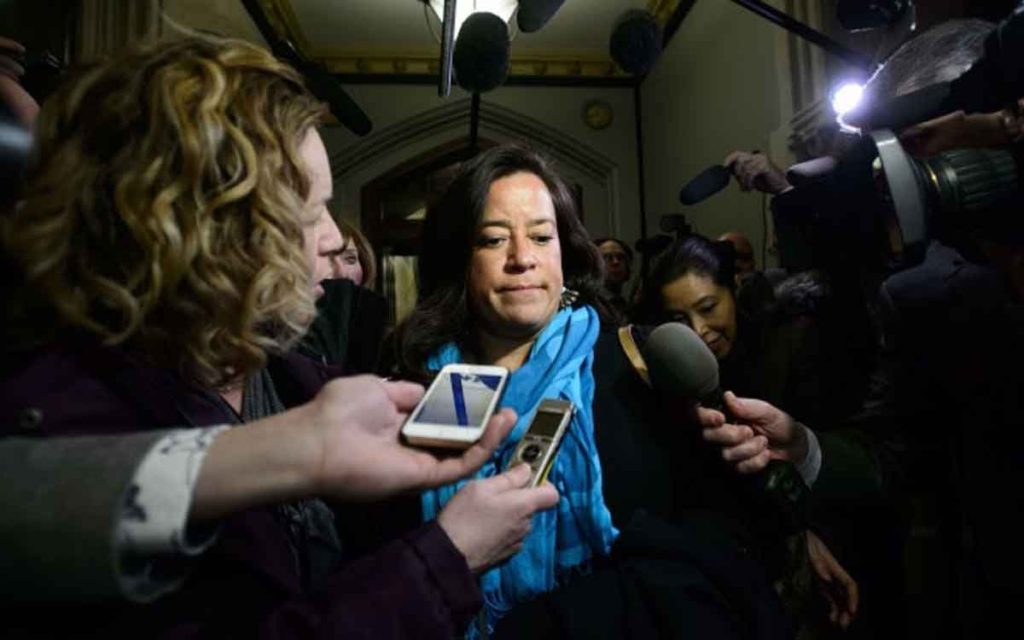 Well, here we are into week three of Jody-gate and as the oldies radio station DJs say: the hits just keep on comin’!

By the time you read this, former cabinet minister Jody Wilson-Raybould may have begun testifying before the House of Commons justice committee. And if her lawyer has advised her to say little or nothing, it may already be over. The word late Monday was that she will be making an opening statement of 30 minutes or more. But as I wrote this, the opposition was complaining that the Liberal committee chair will first be ruling on what Wilson-Raybould will be able to say in open session. So who knows.

Last Thursday’s testimony from clerk of the privy council Michael Wernick was so meaty that it was still causing digestive distress over the weekend. Wernick started his bizarre presentation with a handwringing performance reminiscent of Aunt Pittypat in ‘Gone with the Wind.’

I worry about my country right now, I’m deeply concerned about my country right now and its politics and where it’s headed. I worry about foreign interference in the upcoming election and we’re working hard on that. I worry about the rising tide of incitements to violence, when people use terms like “treason” and “traitor” in open discourse. Those are the words that lead to assassination. I’m worried that someone is going to be shot in this country this year during the political campaign.

Some defended Wernick’s alarmism by speculating that he must know things to which the general public is not privy. Gosh, I bet Stephen Harper wished he enjoyed that benefit of the doubt from the media, when he introduced his anti-terror legislation.

Everyone has the right to choose his own idols, I guess. But then I suspect that the $10.5-million cheque to Omar Khadr crossed Wernick’s desk on at least one occasion, so I’ll take his threat assessments with a grain of salt, and not the smelling kind.

His assessments of Prime Minister Justin Trudeau and Trudeau’s staff did not impress, either. “You may not like their politics or their policies or their Tweets, but they have always been guided by trying to do the right thing, in their own view, in the right way,” Wernick told the committee. Perhaps he had forgotten that this government has been the subject of five separate ethics investigations (the newly-opened one into SNC-Lavalin is the sixth), one of which found Trudeau himself guilty of having violated ethics rules.

Wernick’s reference to tweets was no doubt a shout-out to Trudeau’s departed principal secretary Gerald Butts, who was known for sparring with people on Twitter, and calling conservatives and climate-change skeptics some rather nasty names.

I think it’s safe to say that, should Trudeau lose power in October, Prime Minister Scheer (or Singh or Bernier – never let it be said that I am presumptuous) would be less than keen on having this fellow as his head bureaucrat.

As others have noted, the most pertinent aspect of Wernick’s testimony, as regards the SNC-Lavalin matter, is that he admitted to several meetings and phone calls between Trudeau, PMO staff, Wernick and Wilson-Raybould or her staff. Wernick characterized these discussions as ‘lawful advocacy’ and not undue pressure.

As the Globe and Mail’s Bob Fife said on CTV’s Question Period Sunday, this lends weight to the notion that the Globe’s original story was correct, and not speculative or defamatory, as Wernick alleged in his testimony. Here’s a particularly incriminating bit from Wernick’s appearance:

“I conveyed to her [Wilson-Raybould] that a lot of her colleagues and the Prime Minister were quite anxious about what they were hearing and reading in the business press about the future of the company, the options that were being openly discussed in the business press about the company moving or closing,” he said. “So I can tell you with complete assurance that my view of those conversations were within the boundaries of what is lawful and appropriate. I was informing the minister of context. She may have another view of the conversation but that is something that the Ethics Commissioner can sort out.”

Sure, if Wilson-Raybould had any concerns with any of what she was hearing, she could have complained to the prime minster or ethics commissioner, and she didn’t. She also could have resigned at any point, or refused to take the veterans’ affairs portfolio that was offered to her in January.

This is a point which I had found very persuasive, until I heard the extent of the lobbying that Wernick admitted to. Perhaps, up until the cabinet shuffle, Wilson-Raybould concluded that, while she had been subjected to inappropriate pressure, she had successfully resisted giving the PMO what it wanted: a remediation agreement for SNC-Lavalin. After a pre-Christmas phone call from Wernick, she assumed it was a dead issue and life went on.

Then came Scott Brison’s resignation from cabinet on January 10th. Wilson-Raybould would have had no reason to suspect that she would be affected by the resignation of a white male ministerial colleague from the opposite end of the country. It is likely she had barely 12 hours’ notice that she was expected at Rideau Hall on the morning of January 14th. Nevertheless, Wilson-Raybould put on a brave face and gracefully denied that her shuffle to veterans’ affairs was a demotion, but she did release an unusual statement about judicial independence and ‘speaking truth to power,’ the meaning of which became clear when the Globe story about SNC-Lavalin appeared on February 7th.

Yesterday, Conservative Andrew Scheer, no doubt hoping to keep this circus running for another couple of weeks, held a press conference demanding that Justin Trudeau be called before the committee to testify. That probably will not happen, but Trudeau did allow during Monday’s Question Period that Wilson-Raybould would be permitted to discuss ‘relevant matters’ in her appearance before the justice committee today.

In the background of all this is the speculation over what are Wilson-Raybould’s motivations and long-term game plan, if any. She is not fluent in French, so the Liberal leadership seems doubtful. If this circus ends up doing electoral damage to the Liberals, that is even more doubtful. (The fact that Trudeau and his minions did much of the damage by changing their explanation several times will be lost on Liberal partisans.) But this week is guaranteed to yield more fodder for those imaginings. 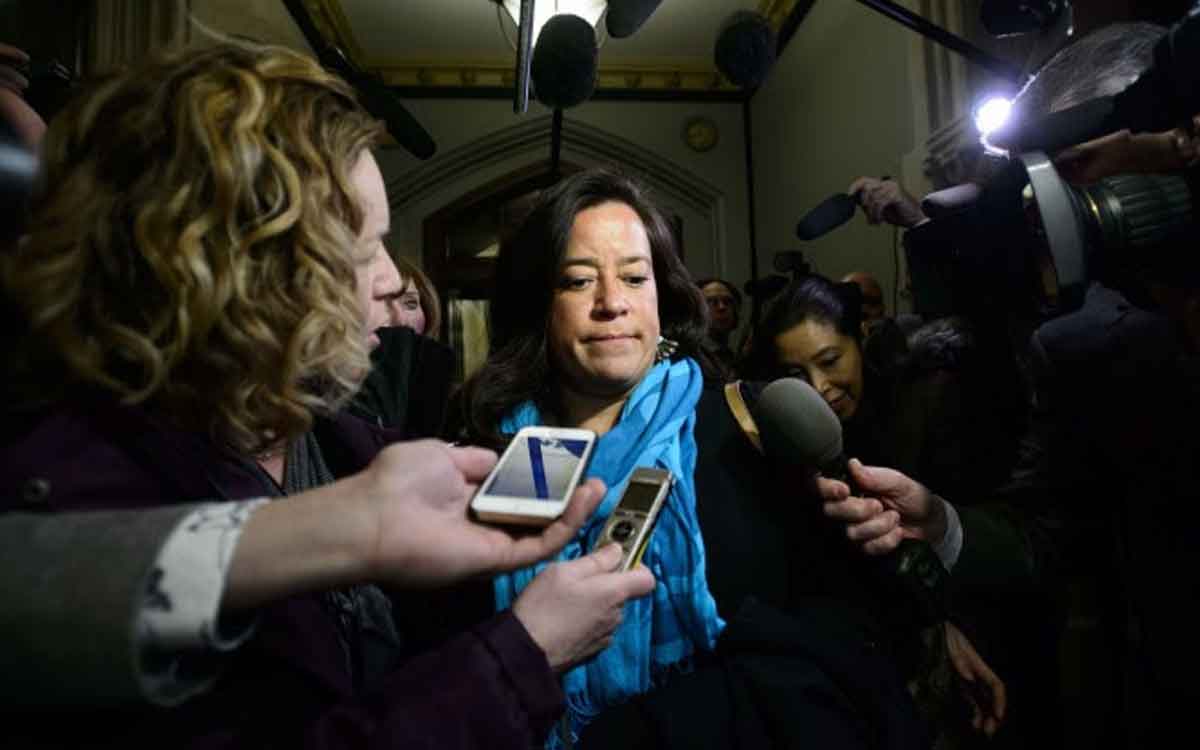