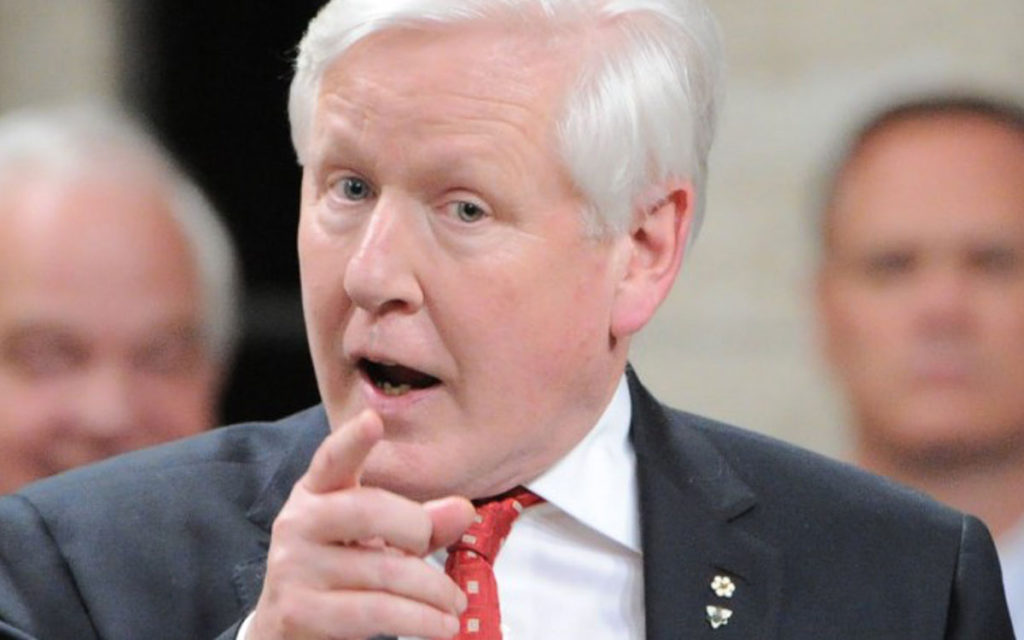 The first thing I need to say is: it’s about time, you SOBs.

The Nobel committee gave Obama the peace prize before he even did anything. Here I am, Canada’s hottest progressive politician for four decades, and what do I get? Bupkes. I didn’t even get to be Governor-General. Too bad I didn’t say I identified as a black woman. But this is nice. Heck, any time I can get a free meal that hasn’t been thrown at me by CUPE it’s a good night.

The group that has given me this award is led by a Liberal, Andy Mitchell. God knows a New Democrat would never do it, even though I was the biggest deal in the NDP before half of today’s Jagmeet-offs were even born. I was a New Democrat before people started ridiculing the “New” bit. You know, had I stayed in federal politics my first go ‘round, I might have even outdone Jack Layton. I certainly had better hair. But it was more important for me to save Ontario from the Bill Davis conservatives.

Yes, I’m the guy who helped David Peterson become Ontario’s first Liberal premier since World War II, even though he had fewer seats than the PCs, who managed to eke out a minority in the 1985 election. Then when Peterson flamed out five years later, I became Ontario’s first NDP premier. And maybe the last.

Sure, as the head guy I have to take the rap for blowing it for the NDP – and everybody else – in Ontario. But I had a lot of help. Remember Shelley Martel? Peter Kormos? Peter North? After I lost the government in 1995, the NDP lost my number. Boy, were they relieved when I became a Liberal. But I’m getting ahead of myself.

One of the main criticisms of my government is the $40 billion debt we put on Ontario’s books. Well, over the last 15 years my Liberal pals Dalton and Kathleen have added more than $150 billion to Ontario’s debt. Me and Pink Floyd Laughren don’t look so bad now, do we?

Looking back on some of my big files, my government promised public auto insurance, and enacted employment equity. And I put a lot of my political capital into supporting the Charlottetown Accord. Unfortunately, none of those survived to the millennium. Not even close.

As premier, I opposed food banks, Sunday shopping, and NAFTA. All three of those are still around, but NAFTA’s looking a little iffy these days. Which is too bad, because now that I’m a Liberal, I support comprehensive trade agreements.

I guess my point is: issues come and go, positions change, even political labels change. What they can never take away from me is how I moved the motions that brought down Joe Clark’s federal government in 1979, and Frank Miller’s Ontario government in 1985. Sure, nobody knows what else John Hancock accomplished, but they all know his name was on the Declaration of Independence. Bob Rae’s name was on the Order Paper on the days those two conservative governments were defeated in Parliament. And it always will be.

As you all know, the New Democrats in Ontario and Ottawa had a hard time living down my record as premier. Some say they still do. They even fell short of official party status in some elections. Kathleen Wynne may be finding out what that’s like in a few weeks. After many years of writing and thinking about my time as premier, I realized that the NDP was just too far left for me.

So, the new millennium saw a new Bob Rae, a Liberal Bob Rae. Okay, to be completely honest, a Bob Rae that just came back to the party in which he had campaigned for Pierre Trudeau in 1968.

After all the grief I had been through, it was only fair that I should return to the Liberal party in the top job. The race for Liberal leader in 2006 was fierce, with my old university frenemy Michael Ignatieff and me leading the pack. But Stephane Dion came up the middle, and that was that. Despite finishing third in the leadership, I ran for the Liberals in a 2008 Toronto by-election and won.

After bringing down a federal conservative minority in 1979 and an Ontario conservative minority in 1985, you can imagine how excited I was when Stephen Harper fell short of a majority in the fall of 2008. I wanted a hat trick so bad I supported our leader Stephane Dion in putting together a coalition that included the separatist Bloc Quebecois. We were all set to defeat an 18-month-old government that had just been reelected with more seats, but then Harper went prorogue on us. Then our coalition fell apart.

Once Stephane became the first Liberal leader to not become Prime Minister, I stood back and let Iggy become the second. Poor Iggy. While I’ll always be able to say that I led the first NDP government east of Manitoba, all Iggy can claim is that he reduced the federal Liberals to third party status for the first time in its history. I’ll take my history over his any day. I bet he would too. I bet he wishes he had stayed at Harvard.

After leaving the NDP because they were anti-Israel, I was shocked – shocked! – to discover anti-Semitic and anti-Israel elements in the Liberal party too. Why, just this week Justin Trudeau condemned Israel for defending its borders against Hamas attackers.

But what am I gonna do now? Join the Greens? The conservatives? After bragging for all these years about bringing down conservative governments, I’m not sure they would have me. And the Greens are fading faster than Elizabeth May’s legal defense fund.

After finally leaving elected politics in 2013 I have been given some interesting assignments, such as advising the Matawa First Nations on developing Northern Ontario’s Ring of Fire. Unfortunately, the Ring of Fire is going about as well as my time as premier did. Doug Ford on a bulldozer might not be such a bad idea. Doug Ford in front of a bulldozer might be a better one. Just kidding. In my NDP days, I knew how scary it was to stare down a bulldozer. But Howie Hampton and I are cool now.

Most of you will know that throughout my political career, I enjoyed playing the piano and composing music. It was certainly a soothing escape from the daily trials of politics and governing. I even achieved some recognition for “Same Boat Now,” my ditty paying tribute to Canada’s diverse population. In case you’ve forgotten, the highlight of the chorus is the line “we’re in the same boat now.” But not a conservative boat, of course. I have to sink those.

Thank you for this mediocre honour. Now let’s get out of here before Sid Ryan finds us.