China has ticked off a polite nation 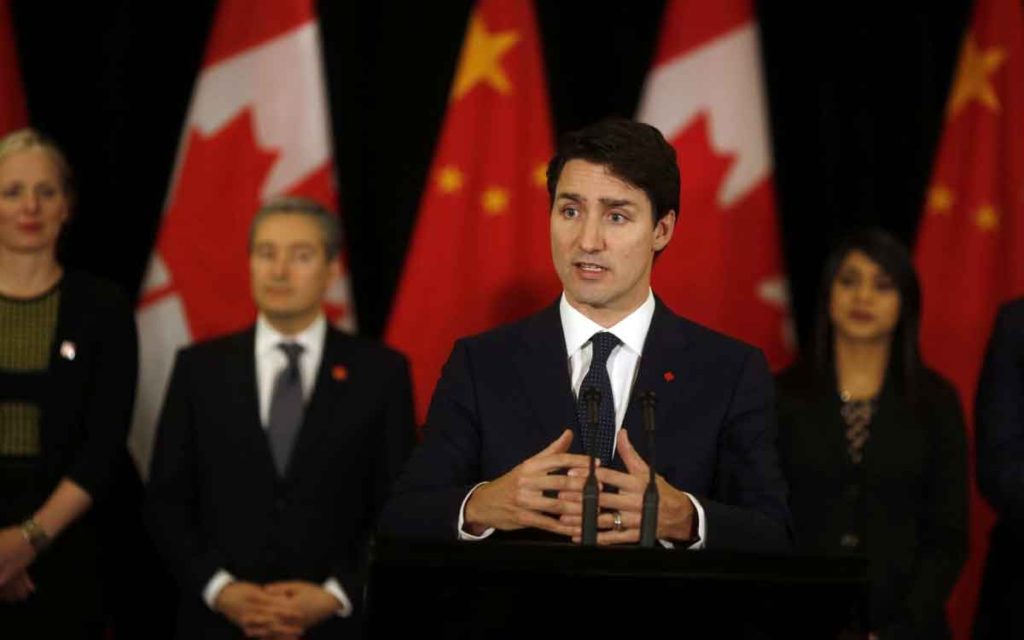 Well, China did warn us that they were going to become a world leader in every field. Their latest achievement is burning down their own reputation with the world’s nicest people, Canadians.

Over the weekend, the Globe and Mail published the results of a Nanos poll showing that nine in ten Canadians have a negative or somewhat negative impression of China’s government and its leader, President Xi Jinping. From the article:

“Significantly both the intensity and scope of negative views are on the rise among Canadians. The brand of the Chinese government has effectively been negatively hammered,” pollster Nik Nanos said in an interview.

The survey indicates that Canadians’ attitudes toward Beijing have worsened since China arrested Michael Spavor and Michael Kovrig and blocked billions of dollars of imports of Canadian canola, soybeans, beef and pork. The detentions and the subsequent trade sanctions followed the arrest of Huawei senior executive Meng Wanzhou in early December at the request of U.S. law enforcement authorities for allegedly violating American sanctions against Iran.

A surprising revelation from the article is that negative impressions about China were already held by 83% of Canadians in 2018, before the arrest of Meng and China’s subsequent diplomatic hostage-taking and import-blocking.

The survey also asked for Canadians’ impressions of Chinese telecommunications company Huawei. It found that 69% of Canadians think poorly of the company, and 52% think it should be banned from Canada’s 5G network. Only 19% say Ottawa should allow Huawei to sell its 5G equipment here, while 29% are unsure. When Hockey Night in Canada comes back on the air next month, there will likely be a barrage of fresh criticism heaped on its sponsorship by Huawei.

This is a rather large challenge for the high-profile lobbying and communications professionals that Huawei recently hired to represent its interests in Canada. I would wish them good luck, but that would be insincere. The company’s recent touchy-feely ads about expanding internet service in Canada’s far north looked like the first salvo in a campaign to salvage Huawei’s reputation. All it did for me was make me think of China’s designs on the Arctic: owning a lot of internet hardware in that region would come in pretty handy.

Despite China’s outrageous actions against Canadian citizens and farmers – in retaliation for holding one of their citizens on American charges – the Trudeau government continues to lollygag on whether to bar Huawei from Canada’s 5G network. It has deferred a decision to after the fall election, if ever. If re-elected, the Trudeau government could simply keep allowing Huawei to install its equipment, then at some point tell our Five Eyes intelligence partners that it would be too expensive for Canada’s telecommunications carriers to remove it.

Still, the survey creates some political space for politicians – even Liberals – to threaten or implement some real pushback on China. While Canada cannot inflict much economic damage on China, it can hurt China in other ways. ways that will embarrass them before the world and their own people, and diminish their influence in our internal affairs. Sun News editor-in-chief (and former Niagara Independent columnist) Mark Towhey offers some excellent suggestions, including charging China at the World Trade Organization, banning Chinese products that don’t meet Canadian standards, restricting travel to China, and cancelling their student visas for study at Canadian universities.

Cancelling Chinese student visas is an action I have been advocating for some time. As the documentary series “The Dictator’s Playbook” explains, one of the main pillars to establishing and maintaining a dictatorship is the support of the elites. Many among the Chinese political and business elites send their children and grandchildren to US and Canadian universities. If tens of thousands of Chinese students were barred from Canadian post-secondary education, that would be very bad for Chinese president Xi Jinping, who has effectively been a dictator since March of 2018, when the Chinese congress removed presidential term limits.

Another action Canada should seriously be considering – and soon – is boycotting the 2022 winter Olympics in Beijing. Granted, Olympic boycotts are controversial and unpopular. “Keep politics out of the Olympics” people say. Well, as long as athletes compete under national flags, that will remain a child’s wish. In recent years the Olympics have become even more political, thanks to Russia’s cheating during the 2014 Sochi games, its invasion of Crimea immediately after, and North Korea parading its sex slaves as cheerleaders in PyeongChang.

Though a minor player in the summer Olympics, Canada is a winter Olympics powerhouse. Its absence would be like the Americans pulling out of a summer Olympics. It would lessen the competition in almost every sport and make the games less attractive to visitors and TV viewers. Despite the Chinese government’s controls on communications and social media, Canada’s absence could not be hidden from Chinese citizens. The Chinese regime would be shamed at home and around the world.

The boycott would best be decided by the first quarter of 2020, to give athletes time to compete for another country if they can, or focus on something else. As of now, NHL players are not going to Beijing to compete in hockey. The last winter Olympics that NHL players participated in was the 2014 games in Russia. They did not go to the 2018 games in South Korea, but the players and fans generally want to see NHL players in the Olympics. Washington Capitals centre and Friend of Putin Aleksandr Ovechkin was in China last week, promoting hockey on behalf of the league and players’ union. Several pre-season NHL games have been played in China.

As long as China is still holding Canadians hostage and blocking Canadian agricultural products, it would look terrible for the NHL to re-enter the Olympics. China has just stopped buying American agricultural products too, as a retaliation against Donald Trump’s tariffs. Hopefully, Canada’s agri-food industry is lobbying the NHL on this point. Next summer’s Stanley Cup tour – which inevitably includes many rural communities – would be a good opportunity for Canadian farmers to draw attention to this too.

Many people will argue that none of this will matter in the long run. China is huge and Canada is tiny, we think in five-year plans (if any) and they have a 100-year plan, we can’t afford to lose China as a customer, and on and on.

Let’s remember that when China was a largely rural backwater (much of it still is, despite the skylines of Beijing and Shanghai) Canada had paved roads and highways, central heating, indoor plumbing, electricity, a wide variety of fresh and preserved food, democratic government, universal education and advanced health care, and on and on. There are other markets for Canadian goods, such as the countries in the trans-Pacific partnership, which Stephen Harper had the foresight to sign Canada on to.

While it is dispiriting to see multinational companies regularly apologizing to China for showing Taiwan as a real place that exists, there are violent protests against the Chinese government happening right now in Hong Kong – ironically, over extradition protocols. If Hong Kongers are willing to fight back against Chinese bullying, Canadians should be too. No matter how nice we are. 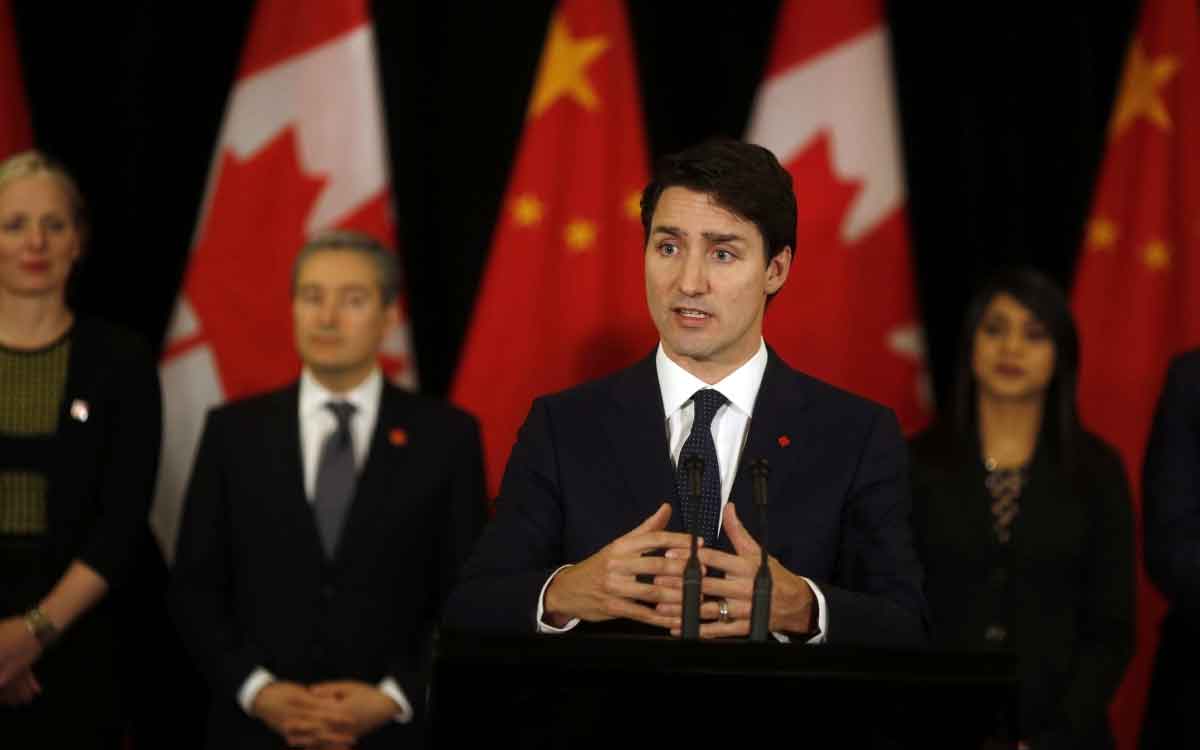