Ethics, pharmacare and the environment may shape the election campaign 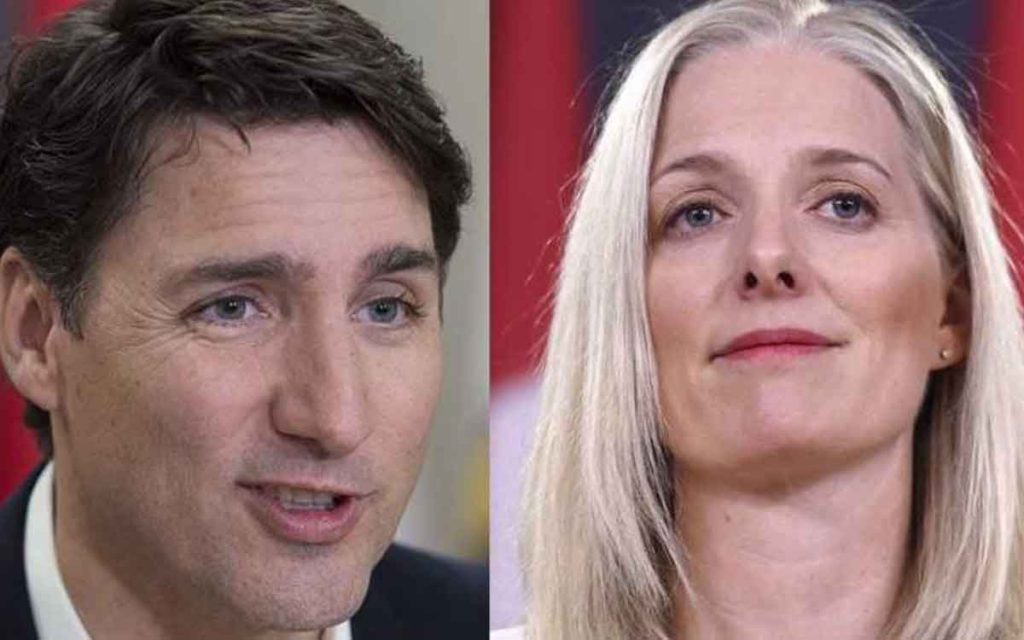 Members of Parliament are set to close the books on Canada’s 42nd Parliament this week, but only a handful of them can look forward to a summer of cottaging or travel. Most will be campaigning full time, in the hopes of returning as Members in Canada’s 43rd Parliament in October.

To make predictions today, about what will be the decisive election issues when the ballots are counted four months from now, is setting oneself up for failure. But then failure is somewhat of hobby of mine, so here goes.

On Sunday, the Globe and Mail released the results of a poll showing that ethics will be the top issue for voters in this fall’s election:

The polling company [Nanos Research] asked Canadians to rank the top issues that would influence their vote. The survey found that ethics in government ranked highest at 73 per cent; followed by the economy at 66 per cent; carbon tax at 53 per cent; and free trade with the United States and Mexico at 46 per cent.

This surprising result no doubt reflects the Trudeau regime’s ethics challenges, beginning with Trudeau’s family vacation on the Aga Khan’s private island that violated ethics rules, then exploding with his alleged insistence on a deferred prosecution for SNC-Lavalin. Luckily for Trudeau, the breach of trust trial of Admiral Mark Norman that was scheduled for August will be avoided. Even so, Trudeau has taken a hit for making inappropriate comments about the matter early on, and for Norman’s two-year ordeal after being relieved of his command.

The Liberals are doing their best to push questions about their questionable ethics to the sidelines. After swiftly shutting down any further inquiry into the Norman affair in the House of Commons, the Liberals have made sure to do the same in the supposedly independent Senate. Trudeau’s point man in the Senate refused permission for a Senate committee to meet past this week, to hear 10-20 witnesses over a week or more of hearings. As the National Post’s Brian Platt reported late Sunday:

For the committee to continue meeting after the Senate rises, the Senate’s leadership would have to permit it. [Conservative Sen. Jean-Guy] Dagenais told the National Post he met with Sen. Peter Harder, the government’s representative in the Senate, last week and was told no permission would be forthcoming. “Sen. Harder told me directly, no,” Dagenais said in an interview.

In his letter to the committee chair, Dagenais said Harder’s refusal is “in line with all the actions of Justin Trudeau’s Liberals to literally prevent the truth from coming out in this political scandal.”

But four months is a long time, and Justin Trudeau has 338 MPs and candidates, as do the other major parties. One of his MPs, British Columbia’s Joe Peschisolido, has been facing uncomfortable questions about his former law firm’s dealings with an alleged Chinese drug king pin:

Embattled Liberal MP Joe Peschisolido continues to claim he has never been involved in a controversial legal service known as a bare trust agreement and that he did not participate in a secretive transaction completed by his law firm in 2011 that might have helped an alleged “drug boss” from China launder money in a Coquitlam, B.C., condo deal.

But Global News has identified another 2011 bare trust land deal in Surrey, B.C., that directly connects Peschisolido’s legal services to another client from China named in a “transnational money laundering” investigation at a Richmond casino, according to legal filings and B.C. Lottery Corp. documents.

As of this writing, Peschisolido is still listed on the Liberal website as the candidate for Steveston–Richmond East.

Pharmacare is also set to get some attention in the months ahead, with both the Liberals and NDP hoping to attract votes by promising free prescriptions for everybody. (Because it worked so well for Kathleen Wynne last year, I guess.)

Last week, the Liberals’ ‘expert panel’ on pharmacare, headed by former Wynne health minister Eric Hoskins, delivered its expected recommendation: the government should implement national pharmacare, paid for by the federal government but administered by the provinces and territories. The panel recommended that it begin with common or so-called essential medicines by January 1st, 2022, and expand to full coverage in 2027. Of course, it also recommends a new federal bureaucracy to oversee this $15-billion program.

The NDP are trying to outbid the Liberals, promising not only pharmacare by 2020, but also free dental, vision, hearing and mental care to boot. All this will be paid for, naturally, by higher taxes on the rich, including a ‘wealth tax’ on anyone owning more than $20 million in assets.

Anyone who believes either party’s promises of free drugs deserves what they get, though things should get interesting if the election results in a minority Parliament. The Liberals have been jawing about national pharmacare for about two decades, not unlike how they promised child care for nearly three decades. Liberals have had four majority mandates to deliver on universal child care, but ended up merely shifting the parameters of the Harper government’s universal child benefit. This is the basis of their claim to have lifted 300,000 children out of poverty, which sounds better than “instituted a baby bonus for welfare moms.”

Finally, the environment will be a battleground for all the major parties, highlighted this week when Conservative leader Andrew Scheer releases his environment plan. No matter what is in it, it will be a sad day for the Liberals, who will no longer be able to criticize Scheer for lacking a plan.

Interestingly, environment minister Catherine McKenna recently promised that the Liberals will not be raising their carbon tax of $50 per tonne after 2022, despite widespread agreement that $50 is not nearly enough to reduce carbon emissions. McKenna’s pledge was in response to the Parliamentary Budget Officer’s estimate that for the Liberals’ carbon price to be effective, it will have to increase to $56 per tonne of emissions in 2023, and go to $102 per tonne in 2030. This alone would raise the cost of gasoline by 23 cents per litre.

The Intergovernmental Panel on Climate Change has estimated that carbon taxes may need to be as high as $5,500 per tonne by 2030 to be effective. As the Toronto Sun’s Lorrie Goldstein notes, the Liberals freezing the carbon tax at just $50 “guts the credibility of their entire policy on climate change.”

Could we be entering an election campaign in which Andrew Scheer’s climate change plan is more credible than Justin Trudeau’s? Will Justin Trudeau defend the rich against the wishful looters of the NDP? Will all this be rendered moot in two months? Buckle up, it’s going to be a wild summer. 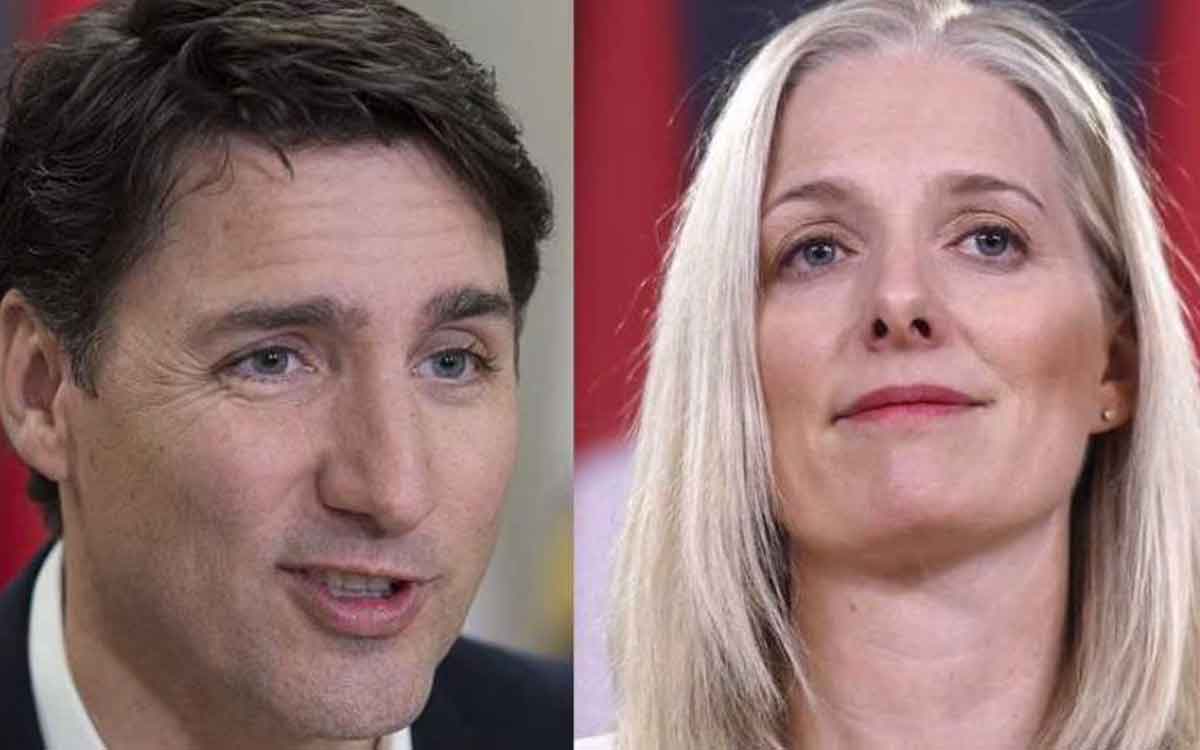