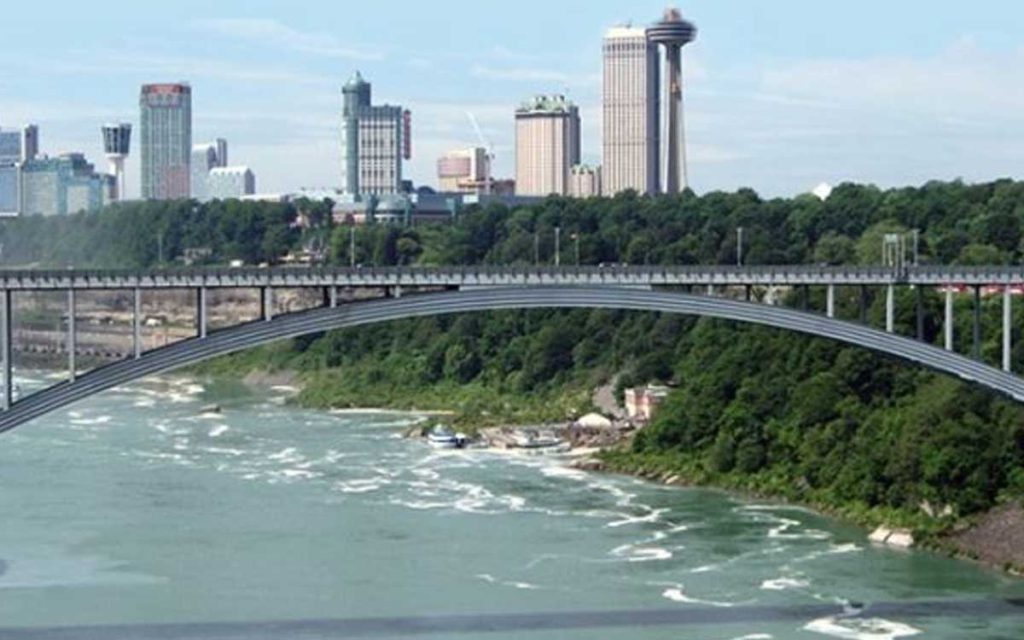 I’m writing this month’s column from the lobby of the elegant Carolina Inn, a luxurious boutique hotel in Chapel Hill, North Carolina. Imagine Niagara-on-the-Lake’s Prince of Wales hotel if it were built as a set for Gone With the Wind, and you’re not far off. Of course, Niagara-on-the-Lake has some amazing hotels like this because Niagara is one of the world’s great tourism destinations. Chapel Hill – maybe not so much.

What draws people to a place like Chapel Hill – and makes these kinds of high-end hotels possible – is that it’s nestled in the heart of the North Carolina Research Triangle, one of the world’s greatest innovation and technology ecosystems. It might not be as well known as a place like Silicon Valley, but for more than half a century this part of North Carolina has been leading the world in the development of new technologies, and the industries based on them.

The French Emperor Napoleon is supposed to have been the first to declare that “Geography is destiny.” Of course, he’s supposed to have said it shortly before invading Russia… if the words were actually his, he clearly didn’t understand them. For most of us, though, we recognize that there’s a link between where we are and what we can do. Every realtor who yells, “Location, Location, Location!” is merely underlining this reality.

What is it about the North Carolina Research Triangle’s geography that has made it a global centre of economic development activity, while Niagara still struggles to attract investment and jobs? On the surface of it, Niagara has all the advantages… we’re close to big cities like Toronto and Buffalo, sitting at the centre of the St. Lawrence Seaway, in one of the best climate regions of Canada. The Research Triangle is far from markets, far from major transportation systems, and located smack dab in a region with a traditional economy based on growing tobacco and cotton.

So what’s the Research Triangle’s geographic advantage? The answer’s right there in the name… Lacking other clear offerings, back in the 1950s local leaders struck on the idea of an imaginary, three-pointed triangle linking their most valuable assets: the research excellence of Duke University in Raleigh, the University of North Carolina in Chapel Hill, and North Carolina State University in Durham. As economic development strategies go, it was pretty basic – but over time it’s been hugely successful.

This is an important lesson for Niagara. Geography may be destiny, but geography is also a human invention. We can define and shape our future any way that we want. Too often, we define ourselves as twelve (or thirteen) bickering municipalities, rather than seeing the powerful lines that connect us in varying shapes and configurations. If we truly want to develop our community in ways that are transformative and that build significant opportunities, we must begin to reimagine our geography.

Part of that might involve thinking about the past. The greatest megaproject that Niagara ever built was the Welland Canal – an opportunity completely shaped by our geography, and made possible by drawing imaginary lines across the landscape, and then making them real. Today, we seek the modern equivalent of that centuries-old, canal-building vision.

To me, Niagara’s greatest geographic advantage lies in another imaginary line on the landscape – the Canada/US border. For decades, we’ve paid lip service to the idea that being next to New York State offers us some economic development advantages, but we’ve done next to nothing about it. As we look to the future, it’s time to the idea of being a region shaped by its cross-border opportunities into a plan of action that begins to build a truly binational region.

With Brexit, trade wars and Trump, it’s clear that we’re entering a period of global trade instability. But in this environment, a carefully-crafted plan that offers a safe harbour in these dangerous times is compelling. A clear and focused strategy to build our binational offering could be a powerful tool for turning geography into economic opportunity.

It’s true that some are already discussing this. We have a new Niagara “Foreign Trade Zone” or FTZ designation, for example – but every community in Canada can declare themselves an FTZ, and offer exactly the same programs and incentives that Niagara is hoping to offer. A successful strategy requires something different, something that will build on the unique geography of Niagara. It will leverage key local assets and realities like the Research Triangle leveraged its university research capacity.

Imagine, for example, that you could build a single manufacturing company with facilities on both sides of the border. Perhaps the production line would be located in New York State, because electricity is so inexpensive – but the research labs and staff are located in Ontario, where they can qualify for SR&ED research tax credits. Imagine a pharmaceutical company that could locate on the border to run clinical trials in Canada and the US at the same time, acquiring government approvals to open two markets simultaneously. Imagine a business park where European companies can access the US market through the new United State Mexico Canada Agreement (USMCA), while American companies can access European markets through CETA, Canada’s free trade agreement with Europe.

We have some amazing assets to support this direction… universities, colleges, innovations centres, ports, railways, bridges, airports. What’s needed to make it happen is a plan. Someone has to draw the imaginary lines to tie the pieces together. And while Niagara may not be a triangle, there’s no doubt that if we do this right, geography is our destiny.