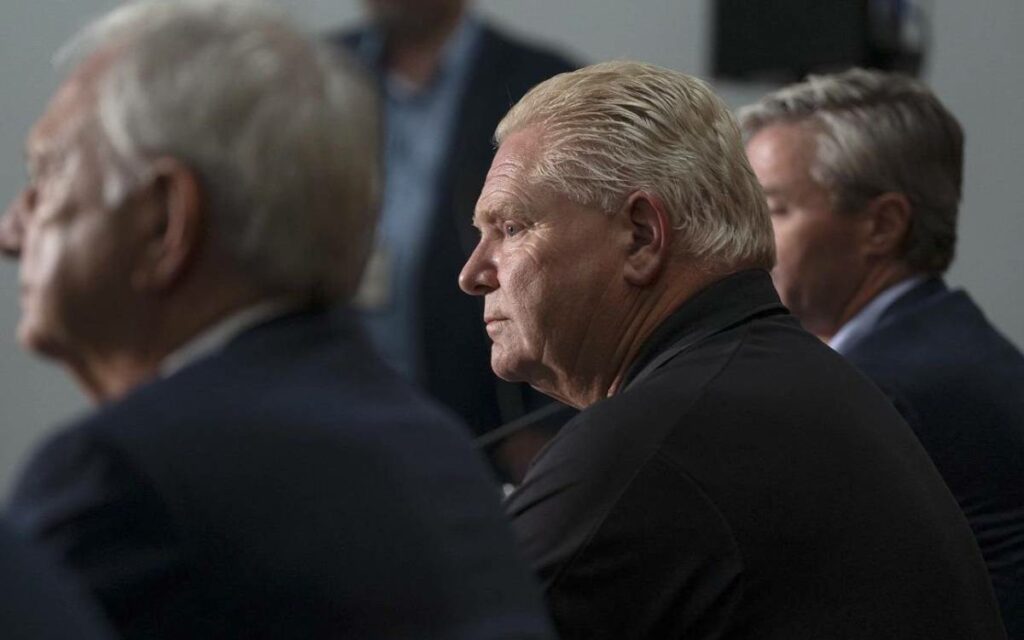 Premier Doug Ford met with his counterparts from New Brunswick, Nova Scotia, and Prince Edward Island earlier this week. What emerged from the maritime meeting was a consensus that, as a whole, Canada’s healthcare system needs to not only change, but that new solutions must be introduced in order to address the fundamental flaws exposed throughout the course of the pandemic. Photo credit: The Canadian Press/Darren Calabrese

This time last year, Canada was embroiled in a federal election campaign where any mention of the words “privatized healthcare” was all but guaranteed to result in both an inescapable media circus, and a death blow for the party that dared to raise the topic.

I know this from firsthand experience, having had to deal with the backlash of such a scenario.

During last summer’s election campaign, a video was posted to social media by Minister Chrystia Freeland showing former Conservative leader Erin O’Toole signalling support for greater access to for-profit healthcare options during a fireside chat. While the video itself had been edited, and would later be flagged by Twitter as manipulated media, the O’Toole campaign team spent the better part of two days trying to correct the record and offer assurances that the status quo, universal healthcare system would be protected under a Conservative government.

Political staff and politicians have innately understood that calling into question the universal healthcare system in Canada is a line that just cannot be crossed, largely because the majority of Canadians regardless of the region they live in, are mostly satisfied with the current system. It also helps that we share a border with the United States and are regularly exposed to the horror stories of the costs associated with private healthcare delivery and prescriptions south of the border.

But oh, how things can change in a year.

Since the election campaign that propelled the Ontario Progressive Conservatives to a second consecutive majority government, Premier Doug Ford seems determined to upend the status quo, whether that is through the introduction of Strong Mayors legislation to get more homes built in Ontario, or by attracting new, international investment to the province as it seeks to build the next generation of electric vehicles. And the Premier isn’t stopping there.

There is no bigger, or more timely battle than attempting to fix a healthcare system that appears for all intents and purposes to have reached its breaking point. Against the backdrop of staff shortages forcing ERs to close, and more Canadians facing fewer options due to wait times and surgical backlogs, the premier headed to the East Coast this week to have discussions about what comes next.

From those conversations between Premier Ford and the premiers of New Brunswick, Nova Scotia and Prince Edward Island emerged a consensus that the current system needs to not only change, but that new solutions must be introduced in order to address the fundamental flaws exposed throughout the course of the pandemic. And while the group of premiers did continue to shake the tree of the federal government for more dollars for health care funding, it is clear that band aid solutions are not going to solve the very real challenges plaguing the system.

Once in a generation, the stars align and a crisis can drive real, tangible action from decision makers. If successful in changing how healthcare is delivered in the province, this will serve as not only a model for other governments, but will go down in history as a legacy achievement for Premier Ford.

Sweeping reforms at the provincial level will also make it difficult for the federal government, be it the current Liberal government, or a future Conservative government to ignore the need for change. Last year’s federal election could serve as the last time both major political parties run on defending the status quo of a broken healthcare system.