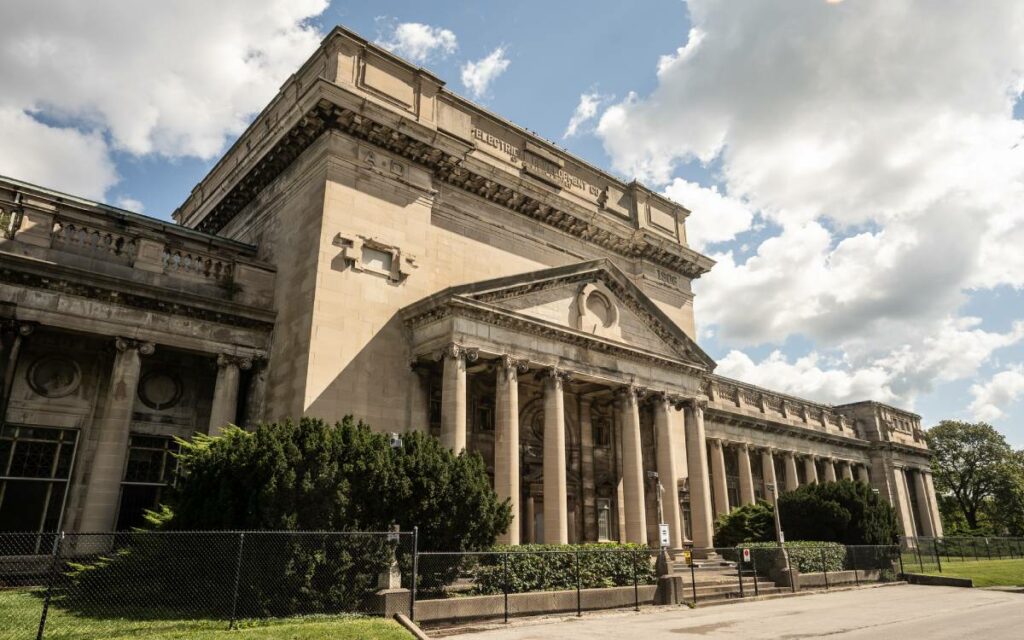 The Niagara Parks is now actively searching for private sector proponents to reimagine and readapt the two former power stations on its property in the heart of the Niagara Falls tourist area. Pictured is the front façade of the former Toronto Power Generating Station, located at the brink of the Horseshoe Falls at the edge of the Niagara River. Photo credit: Niagara Parks

Following its wildly successful, award-winning adaptative reuse of the old Canadian Niagara Power Generating Station into a major tourist attraction last year, the Niagara Parks Commission is looking to redevelop two other decommissioned hydroelectric power stations on its property above and below the world famous Niagara Falls.

Qualified proponents will be able to bid on either one or both projects.

“We are very excited to engage potential proponents to reimagine the future of both the Toronto Power and Ontario Power Generating Stations,” Niagara Parks chair April Jeffs told The Niagara Independent.

“The RFI and now the RFQ phase have generated a lot of interest and positive feedback from the community and we are excited to see the possible redevelopment opportunities for both these sites!”

Interested bidders have until June 24 to complete the RFQ.

To qualify, firms must demonstrate an ability to finance, design, procure, construct, operate and maintain a revenue-producing operation under a long-term lease agreement with the Parks.

In a promotional video about the procurement process, Parks CEO David Adames left the door open to any number of adaptive reuse opportunities for the two former generation stations.

“Niagara Parks is looking for the imagination of the private sector to rethink what these buildings could be used for – to create a new tourism guest experience,” Adames said. “That could range from boutique hotel to an event centre, and more.”

All proposed uses must preserve the architectural and historical integrity of the sites, as well as create a sustainable, new guest experience and have the potential to generate revenue. 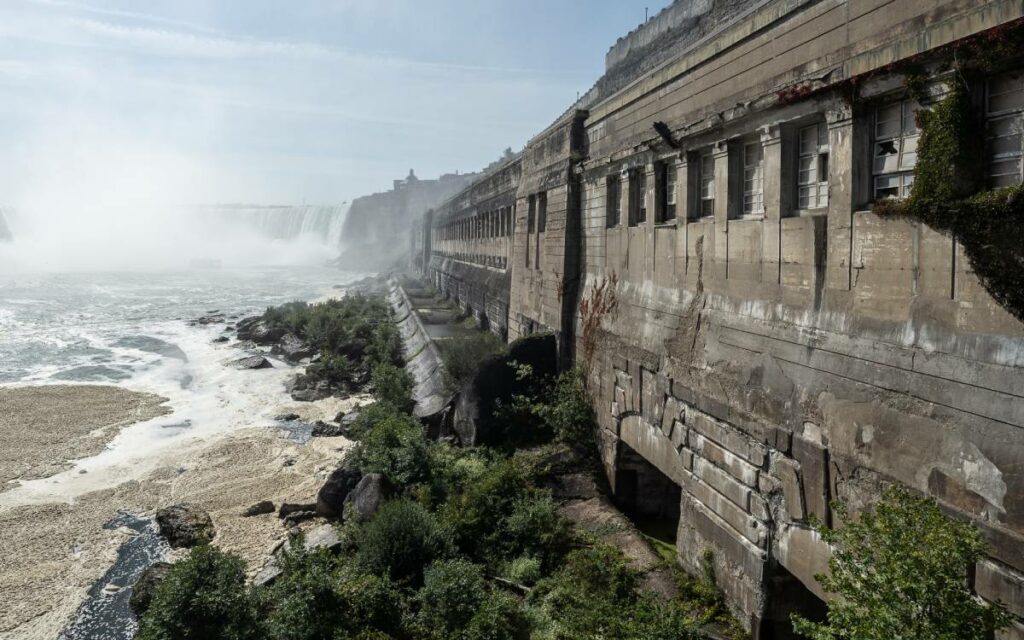 Exterior of the Ontario Power Generating Station at the base of the Niagara River gorge, 250m downstream from the Horseshoe Falls. Photo credit: Niagara Parks

Located at the brink of the Horseshoe Falls on the edge of the Niagara River, the TPGS was designed by renowned architect E.J. Lennox, who was also responsible for Toronto City Hall and Casa Loma.

Designated a National Historic Site of Canada in 1983, the TPGS was the first wholly Canadian-owned hydroelectric facility at Niagara Falls. The facility represents an early and unusual application of Beaux-Arts design to an industrial site in Canada.

Built directly into the rockface at the base of the Niagara River gorge directly across from the American Falls, the OPGS contributed to the industrial and community development in Canada and the U.S. which led to the establishment of international protocols for the sharing of water rights between the two countries.

According to the Parks, the OPGS was a key part of the overall rapid development of technology and the interrelationships that led to advanced electrical generation and distribution systems in Ontario, such as the use of alternating current which allowed for the transmission of electricity over greater distances.

Both sites were transferred to the Niagara Parks in 2007.

Following close of the RFQ phase, qualified proponents will be invited to respond to a Request for Proposals (RFP) in September 2022. A preferred proponent (or proponents) will be selected by June 2023.