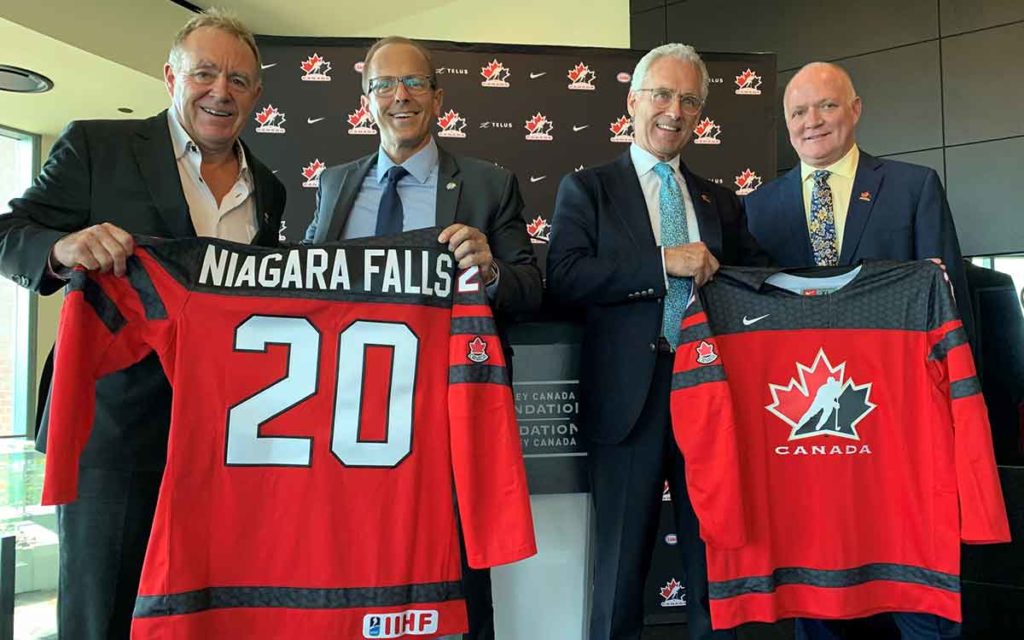 Niagara Falls will host the nation’s hockey leaders next summer.

The Hockey Canada Foundation Gala & Golf is heading to the most famous address in the world to host the 17th edition of the annual event, June 15-16, 2020 at the Scotiabank Convention Centre and Legends on the Niagara golf course. Doug Goss, chair of the Hockey Canada Foundation, announced the organization’s single largest annual fundraiser was returning to Ontario at a news conference Tuesday at Fallsview Casino Resort.

The event, which leaves 50 per cent of its net proceeds within the host community and surrounding region to support the growth and development of the game at the grassroots level, has raised more than $7.5 million since 2009.

“There is a place for every Canadian in the game of hockey, whether that be playing, coaching, officiating or volunteering, which is why the Gala & Golf event is so important to Hockey Canada and the Hockey Canada Foundation,” said Tom Renney, chief executive officer of Hockey Canada. “Not only is the Gala & Golf a celebration of another great season, it allows communities across the country to benefit from meaningful legacies dedicated to the growth and development of our game.”

Larry Landon, executive director of the Professional Hockey Players’ Association and chair of the local host organizing committee, also announced that Marcel Dionne and Ralph Mellanby have been named honorary co-chairs for the event.

“I am very proud to call Niagara Falls my home. To see the hard work our committee has done to bring such a world-class event to our incredible city and know the impact it will have on our community is amazing,” said Marcel Dionne, a Hockey Hall of Famer who played for Canada in the 1972 Summit Series and wore the Maple Leaf at the IIHF World Championship four times and Canada Cup twice. “Winning the series against the Soviet Union and representing Canada so many times were some of the greatest experiences of my hockey career. Being involved with this event is a way for me to help give back to not only Hockey Canada, but the Niagara Region as well.”

Landon has been the executive director of the Professional Hockey Players’ Association since 1993 and has built up good relationships within the professional hockey world. He said he’s been to several of the Hockey Canada events and knew Niagara Falls could host one. “When I first talked to some of the guys about bringing the annual gala to Niagara Falls they wondered if we could pull it off and I told them we’ll make it the best ever. I said you don’t understand what Niagara Falls is all about.” Landon said it was a nail biting experience waiting to find out if they would be successful in their bid to host the event. “What really excites me is the legacy piece, being able to give back to our community.”

In addition to raising event awareness and generating sponsorship revenue, the local host organizing committee is responsible for preparing a legacy plan outlining the programs and initiatives that will benefit from half of the net proceeds.

“This is a real honour to be associated with a prestigious event of this nature,” said Ralph Mellanby, a five-time Emmy award-winner who served as executive producer of Hockey Night in Canada for over 20 years and produced some of the biggest events in sports, including the Olympic Games. “We have a talented team doing all sorts of work behind the scenes, and I can promise you we are going to put on a special production for the Niagara Region and everyone involved with this event.”

The two-day event features a star-studded gala on June 15 where Canada’s national teams who have won gold at IIHF world championships throughout the season are honoured, followed by a celebrity golf tournament on June 16.

Niagara Falls Mayor Jim Diodati is thrilled his city was selected to host Hockey Canada’s annual gala. “The announcement of Hockey Canada is huge. It’s their number one fundraiser for the year,” explained the mayor who attended this year’s event in Edmonton back in June. Diodati said that while typically this particular event is awarded to cities with NHL teams, Niagara Falls was a natural choice for obvious reasons. “People will want to come and bring their families.” Diodati tipped his cap to Landon, Dionne and everyone who worked hard to secure this event.

“The Order of Hockey in Canada is a tremendous honour, and incorporating the naming of the 2020 honourees in to the Hockey Canada Foundation gala is a great way to celebrate the men and women who have dedicated countless hours to the game,” said Renney. “We look forward to joining the Niagara Falls community in June to celebrate Canada’s game and all those who have helped build it.”

The 2020 Distinguished Honourees of the Order of Hockey in Canada will be announced at a later date. 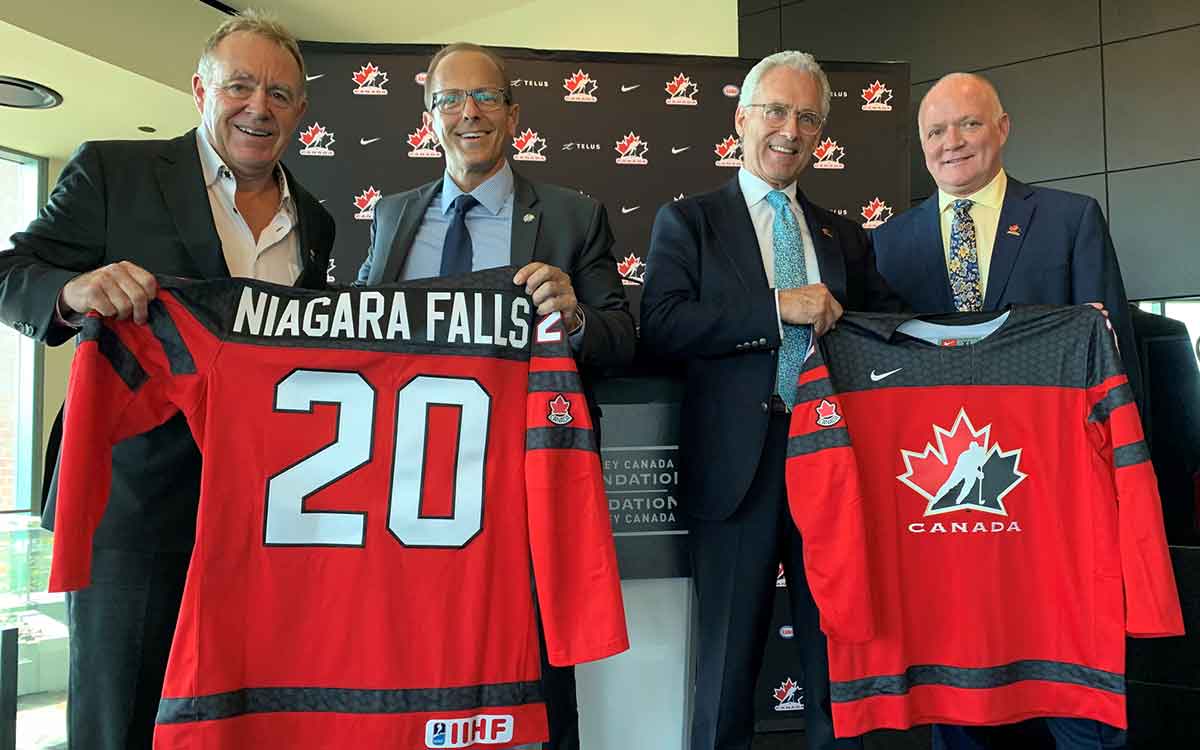