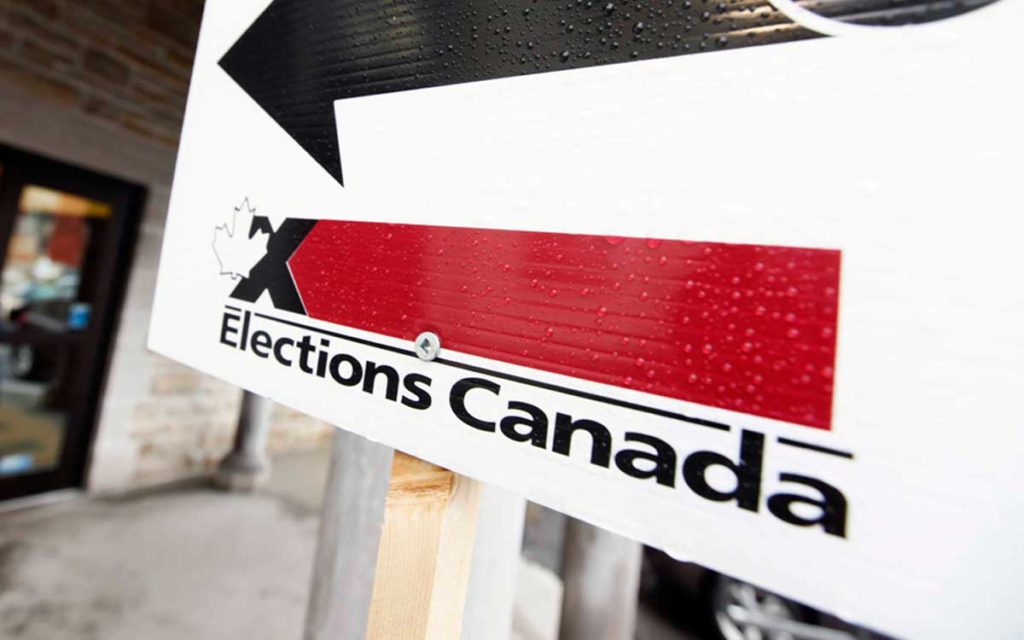 I remember once serving as a scrutineer for an incumbent city councillor. One of his challengers was a young pastor who had never run for office before. At the poll I was watching, I stood alongside a young lady who was scrutineering for this novice candidate. After observing the voting for a while, she naively asked me: how do the poll clerks know that voters are Canadian citizens? Like the jaded veteran I was, I told her coolly: they don’t.

People don’t have to prove they are Canadian citizens to vote in federal elections either, even though only Canadian citizens can vote. All they have to prove is who they are and where they live. If they have a driver’s license, that covers both bases. If they don’t, there’s a long list of ID to choose from, from which they must supply two. The 48-item list includes passports, health cards, social insurance cards and the like, and goes all the way down to a letter confirming residence in a homeless shelter. So long as one of the two shows their current address, they can vote. And even if they don’t have something with their address on it, another voter at the same poll can vouch for their address.

Now the Trudeau government will be making it even easier for non-citizens to vote in federal elections, should they be so inclined. Bill C-76 will be in committee at the House of Commons this week, where MPs will examine the legislation in detail and debate 300 proposed amendments. One of the Liberals’ changes is to allow people to use Elections Canada’s mailed voter information cards as one of the two pieces of identification at the polls. That’s the card voters receive during an election campaign, telling them when and where they can vote.

The potential impact of this change made the news recently, when the Toronto Sun’s Candice Malcolm reported that an asylum seeker from Mexico, who has been in Canada just 18 months, received a notice from Elections Canada that encouraged her to register to vote:

The letter, dated Sept. 12, 2018 and addressed to Jacqueline, a woman who arrived in Canada in the spring of 2017, informs her that she is “not currently registered to vote in federal elections.”

The letter urges her to register by Oct. 23, 2018, stating that, “registering in advance will ensure you’re on the voters list and will save you time at the polls.”

“From time to time, a non-citizen may inadvertently be included in the register and may therefore receive a voter information card in error. In the rare case that a non-citizen gets a voter information card, we ask that they call their local Elections Canada office and ask to be removed from the National Register of Electors,” said Natasha Gauthier of Elections Canada.

Jacqueline could have easily been added to the voters’ list, and voted federally for the rest of her life without ever being questioned about her citizenship, and could use the voter information card as a piece of ID on election day if she needed to. As Jacqueline and her husband came to Canada to escape Mexico’s rampant lawlessness and corruption, they have no intention of voting before they are legally allowed to. But others may not be so honest, especially if they are here thanks to fraudulent asylum claims in the first place.

The Liberal legislation will also restore so-called ‘vouching,’ by which any elector can swear to the identity and address of a person who has no identification whatsoever. Yes, anyone could walk into a polling place on election day with no more identification than an obliging neighbour, sign an Elections Canada form, and vote. That puts them on the voters’ list going forward, too. Vouching had been eliminated by the previous Conservative government. The Liberal legislation would also establish a registry of 14- to 17-year olds who will be eligible to vote when they turn 18. Hey, what could go wrong?

Critics say that Conservatives and others who are concerned about these things are alarmist, not to mention (but of course they do mention) that they are probably also xenophobic and want to suppress the votes of students, the poor, seniors and other marginalized people who don’t possess two of the 48 types of identification accepted by Elections Canada. Seriously, who would be so committed to a party, leader or candidate that they would knowingly break the law to cast an illegal vote? And, like any conspiracy, organized voter fraud large enough to affect even a single riding’s outcome would be difficult to pull off and kept a secret. So in the grand scheme of things, it’s not a big deal, right?

But the grand scheme of things often rests on seemingly little things. Democracy is a grand scheme, whose credibility rests on the degree to which individuals think its rules are transparent and enforced. What’s worrying about slipshod voter lists and identification is that an illegal vote cancels out a legal one, just as every illegal immigrant takes up resources meant for legal immigrants or other residents. When people begin to question the integrity of elections and immigration, it is not good for the overall level of trust in society. Look at what illegal immigration and suspicions of election ‘meddling’ are doing to the United States.

Many Canadians who immigrated here legally (and cannot vote until they become citizens) are angered by irregular immigrants getting into Canada by just showing up at the border. Their anger is not likely to be lessened by the prospect of queue-jumpers being encouraged to vote when it’s not legal. But to Liberals, it is more important to allow and even encourage some ineligible people to vote, than it is to protect the integrity and value of each individual vote.