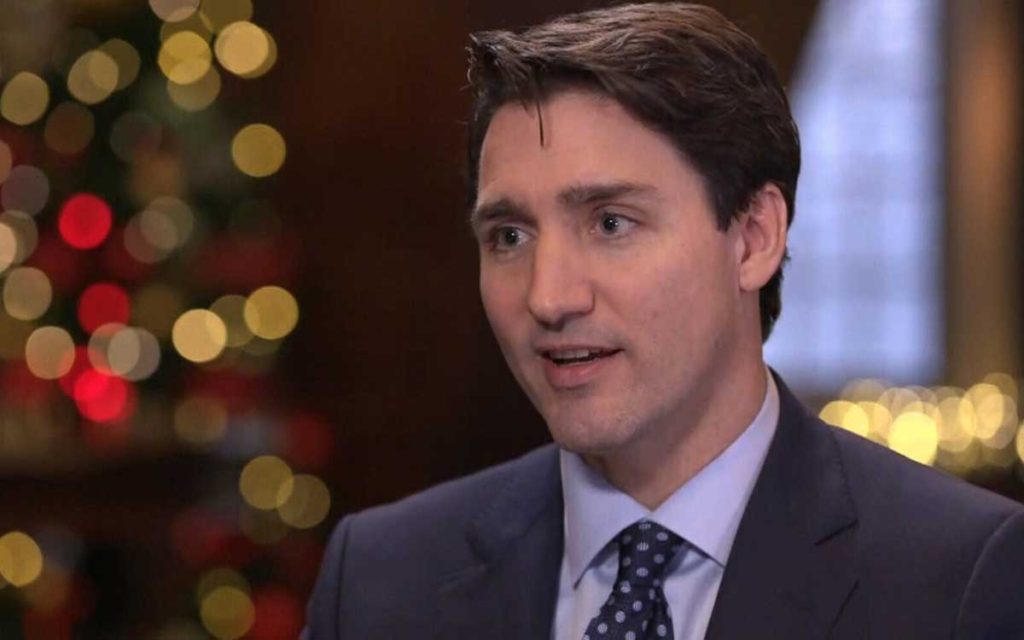 Justin Trudeau is doing his traditional year-end interviews, wisely attired in a business suit and not a Santa suit or Kwanzaa-inspired dashiki. Despite his sober attire, Trudeau’s year-enders are worth a look, as they are the last before he and his opponents face the voters in November.

The most interesting so far is his sit down with CTV’s Evan Solomon. Some might dismiss Solomon as a typical representative of the Media Party, but he is a competent interviewer, and managed to elicit some interesting responses from Trudeau.

Western Canadians will be sorry to learn that Trudeau, having failed to get the promised shovels in the ground for the Trans Mountain pipeline this year, is not promising to get them in the ground in 2019. After being asked twice, Trudeau would only say that “We’re working through the blueprint that the Federal Court of Appeals put forward to try and make sure that it gets done the right way and that’s the approach that we can take.”

Solomon pressed Trudeau on whether native groups have a veto over pipelines, or whether consultation is enough. Trudeau’s reply included:

Now you’re never going to get unanimity on any project. I’m prime minister not because I was unanimously elected by all Canadians, but because we have a system that came forward with a consensus, you know, through our processes that I would serve as prime minister for this mandate.

Solomon: So consent’s not a veto?

Trudeau continued to press the Liberal branding of carbon – the basis of all life on this planet – as ‘pollution,’ telling Solomon that “carbon emissions are a pollution, and we’re putting a price.” Liberals cling to the notion that carbon is pollution with the fervor of flat-earthers. Next year will be a test of how well they succeed in mind-melding the rest of Canada to this cultish belief.

Solomon asked Trudeau about the government’s ballooning deficits, most recently this year’s $19-billion overspend. In response, Trudeau twice claimed that his deficits don’t matter, because Canada’s triple-A rating means lenders are still willing to underwrite our deficit spending: “the top bond holders in the world, the ratings agencies that actually lend money to countries like Canada, so that we can invest, have rated our fiscal plan AAA [so] they have total confidence in our capacity to move forward responsibly,” Trudeau boasted. This sounds like someone who thinks that so long as he keeps getting new credit cards in the mail, he can keep piling up debt.

Asked what the ballot question will be next fall, Trudeau offered “It’ll be who has the right plan to ensure a better future for Canadians.” I suspect the Liberals will be posing other questions over the course of this election year, such as “Why does Andrew Scheer hate immigrants?” and “Who is the NDP leader?” Not surprisingly, Trudeau hinted at the first of these questions when Solomon asked what Trudeau’s greatest challenge would be in the year ahead:

Continuing to connect with Canadians and demonstrate that a thoughtful reasonable approach to solving our problems is better than the politics of fear, division, of stirring up populist anger and not really providing answers that are longer than fit on a bumper sticker.

But even Justin Trudeau needs a bumper sticker. This interview and others suggest that it will be something along the lines of “standing up for Canadian interests and values.” Indeed, Trudeau boasted of his standing up no fewer than seven times to Solomon. If Trudeau actually stood up every time he bragged about standing up, his thighs would measure three feet around, and his distinctive loose stride just wouldn’t be the same.

“Standing up” is an odd choice for a campaign slogan, as it is focused on the politician and not the voter. But then Justin Trudeau has long believed that Canada’s interests and values are best embodied in Justin Trudeau.