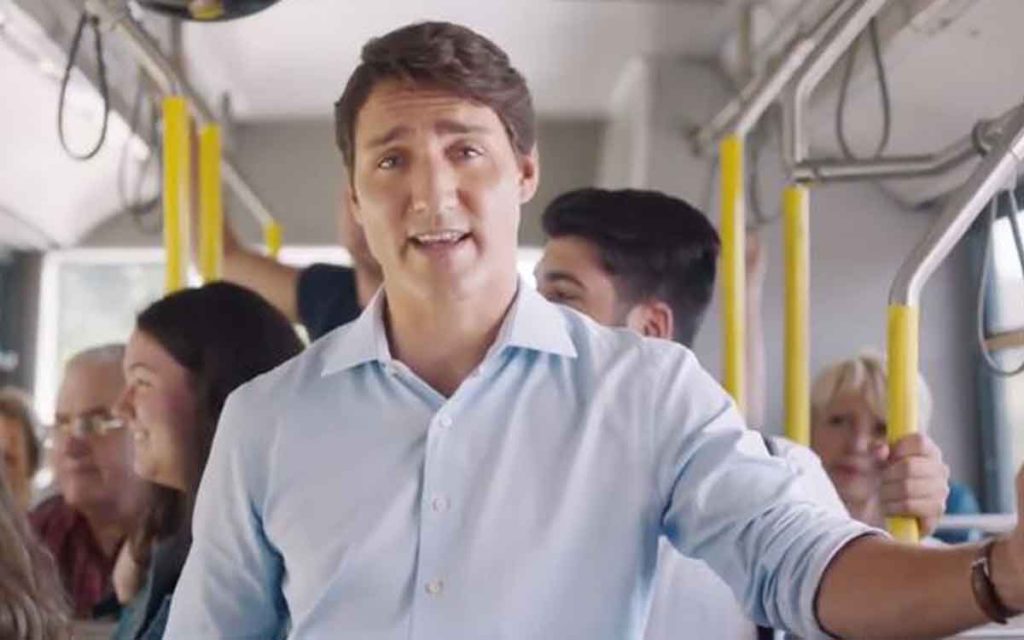 Liberal Party of Canada Leader Justin Trudeau appears in a new ad for his party.

The campaign is not officially on yet, but both the Liberals and Conservatives have revealed the catchphrases they want voters to remember in the weeks ahead and when they cast their votes in October.

But if advertisers and publishers are using it, it probably works. At least the newly-woke Taylor Swift won’t have to worry about Andrew Scheer using her song ‘ME!’ at his rallies, but that tweener ditty seems like good stage music for Justin Trudeau.

Speaking of Trudeau, over the weekend the Liberals unveiled their slogan, along with a new TV ad. The slogan is “Choose forward” and the ad shows Trudeau riding a bus and talking to constituents in his Papineau riding, constituents he never really wanted to represent in the first place (the wealthy riding of Outremont was his first choice, but then-leader Stephane Dion nixed the uncredentialled Trudeau in favour of a fellow professor).

To Ontarians of a certain age, “Choose forward” may be reminiscent of the “Choose change” slogan that opposition leader Dalton McGuinty ran on in 2003. McGuinty’s signature campaign promise was to not raise taxes, which was broken in his first budget with the health tax. Despite higher tax rates, years of deficits that more than doubled Ontario’s debt followed.

But Canadians already chose change in 2015, hence the entreaty to look forward instead. If I were Justin Trudeau, I would not want voters looking back over the last four years either. Trudeau has blown his promise of small deficits by several multiples. He failed to make 2015 the last election run on a first-past-the-post model. His tour of India last year was an international embarrassment. He is the first prime minister found in violation of ethics rules, not once, but twice.

Trudeau implies in his TV ad, however, that it’s not his past that is the threat to voters who won’t come along for another four-year bus ride. It’s the past of Stephen Harper, who handed Trudeau the keys to the bus four years ago.

Trudeau tells the camera that he created the Canada Child Benefit, and Conservatives “tried to stop” it. Nonsense. He renamed the Universal Child Care Benefit that Stephen Harper created, and shifted it down the income scale so even parents on welfare could benefit. No doubt Trudeau voted against the Harper budgets that included Harper’s child benefit. Does that mean Trudeau was “trying to stop” Harper from giving a direct benefit to parents? By his definition, he was.

But Trudeau’s obsession with Harper could be turned against Trudeau with the unfortunate truth that, on several fronts, Trudeau has underperformed Harper. He is certainly less ethical, with not only two personal violations of ethics rules, but a handful of violations and investigations among his cabinet and caucus. The Liberals even had the audacity last week to plop one of their ethics-violating MPs – Ottawa West-Nepean MP Anita Vandenbeld – into the ethics committee meeting that voted against calling the ethics commissioner to answer questions about his report into the SNC-Lavalin affair. During last fall’s municipal elections, Vandenbeld sent out a robocall identifying herself as the area MP and asking her constituents to vote for her husband, Don Dransfield (Dransfield was not elected).

According to a group of academics, Harper kept 77% of the promises made during his last four years in office, while Trudeau has kept just 53.5% of his. And Trudeau’s pre-election government spending spree is already double Harper’s and likely to keep growing: in the month before the 2015 election the Harper government made $1.4 billion in spending announcements. Team Trudeau has announced $2.8 billion in just the last week.

These are points that an astute third-party leader could be hammering on a regular basis, to draw votes away from the Liberals, Unfortunately, the NDP chose Jagmeet Singh instead. Singh’s response last week, to Andrew Scheer’s 2005 comments on same-sex marriage, was the most egregious example yet of Singh’s ineptness. He immediately offered up that he would never support a Conservative minority government, squelching much of his bargaining power in a minority situation.

Some people described Singh’s staggering mistake as the earliest concession speech ever. They’re not completely wrong. At least he has low expectations going for him.

By the way, the NDP’s slogan is “On your side.” Until their leader is savvy enough to get on his own side, he is dooming Canadians to another four years of an unchecked and unapologetic Justin Trudeau. That will be one heckuva ride, God help us. 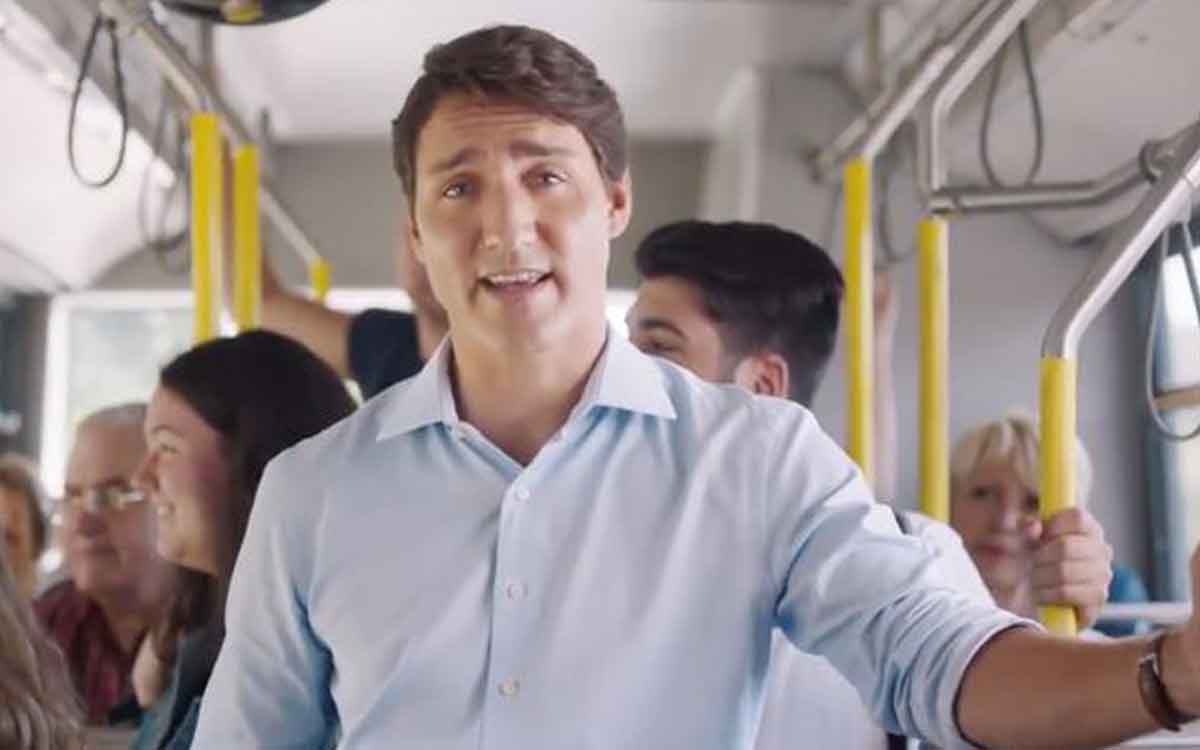