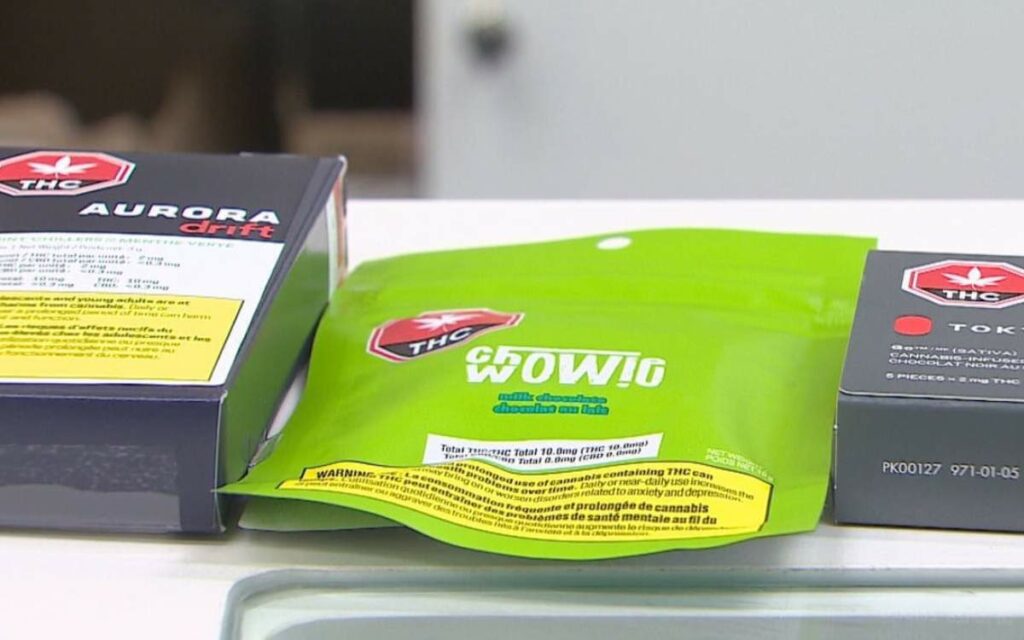 Last Thursday, a St. Catharines court heard how the Niagara Falls girl and her older sister consumed several of their mother’s cannabis-infused edibles, thinking they were candy. Their story of severe sickness is only one of hundreds from across Canada since the legalization of recreational cannabis. Photo credit: CBC

Children across Canada, including here in Niagara, continue to suffer the unintended consequences of the Trudeau government’s hasty legalization of recreational cannabis.

Last week, a St. Catharines court heard the story of how two young girls from Niagara Falls – aged four and 13 – got into their mother’s edible cannabis supply back in December 2021 and became extremely ill.

The older girl ate 22 cannabis-infused gummies, thinking they were candy. The 13-year-old suffered disorientation and had trouble speaking. She was taken to a clinic where it was determined her blood was dangerously low, before going to a local hospital for more extensive treatment.

The four-year-old girl consumed only three or four of the edibles, but given her age, suffered a far graver outcome – she fell into a coma.

The young child was completely unresponsive: no eye opening, lacking any kind of verbal or motor response.

She was rushed to a Niagara hospital and then had to be airlifted to McMaster Children’s Hospital.

Fortunately, the court heard, both girls made a full recovery.

Their mother pled guilty to criminal negligence causing bodily harm last week and will return to court for sentencing in March.

Though ostensibly extreme, the girls’ story is not rare and represents only one of hundreds from around Canada from the last few years.

Back in August, a research letter published in the New England Journal of Medicine indicated that unintentional cannabis poisoning among young children has increased dramatically since the legalization of recreational cannabis in Canada.

The study found that hospitalizations for paediatric cannabis poisonings increased 6.3-fold since pre-legalization times, with the provinces (Ontario, Alberta, and British Columbia) that allowed the sale of cannabis edibles such as gummies, chocolates, and baked goods experiencing increases more than two times higher than the province (Quebec) that banned the sale of edibles.

“A growing number of countries are moving towards legalizing non-medical or recreational cannabis. As this happens, it’s critical to understand that there are many ways to legalize cannabis and not all are equivalent,” said Dr. Daniel Myran, lead author of the study and postdoctoral fellow at the University of Ottawa and The Ottawa Hospital.

The phased-in approach to different cannabis products and the divergence in policy approaches between provinces described above allowed the research team to draw their conclusions.

At the end of 2018, dried cannabis was legalized across the country. However, the sale of edibles was not automatically permitted.

Ontario, Alberta, and British Columbia legalized the sale of edibles at the start of 2020. Quebec, on the other hand, prohibited the sale of such products.

Using health records from each of the aforementioned provinces, Myran and his colleagues discovered that during the seven-year study period from January 2015 to September 2021, there were a total of 581 hospitalizations in young children for cannabis poisoning, with an average age of three and a half years old.

Prior to legalization, the number of unintentional paediatric hospitalizations for cannabis poisoning per 100,000 children was the same in all provinces. During the period when edibles were permitted in Ontario, British Columbia and Alberta, hospitalization rates in those provinces increased a further 2.9 times compared to the initial (non-edible) period following legalization, but remained unchanged in Quebec, where edibles were prohibited.

And as the study pointed out, increases in hospitalizations occurred despite stringent regulations aimed at preventing such poisonings.

“It’s important to note that the provinces that permitted edibles still had strict rules including plain and child-resistant packaging, a maximum of 10mg of THC per package, and consumer education campaigns,” said Dr. Myran. “Our findings suggest that countries that allow the sale of legal edibles as part of their approach to legalization, regardless of other regulations, could encounter large increases in poisoning events, some severe, in young children.”

One of the central planks of the Liberal Party platform during the 2015 federal election revolved around the legalization of recreational cannabis, with the Liberals hypothesizing  that doing so would make things safer for children.

According to Team Trudeau at the time, Canada’s system of “prohibition” did not “prevent young people from using marijuana”. Only the legalization and subsequent strict regulation of cannabis, per the party’s 2015 platform, would ensure “we keep marijuana out of the hands of children”.

Nearly eight years on and it’s become abundantly clear the Trudeau Liberals errored in their estimation.