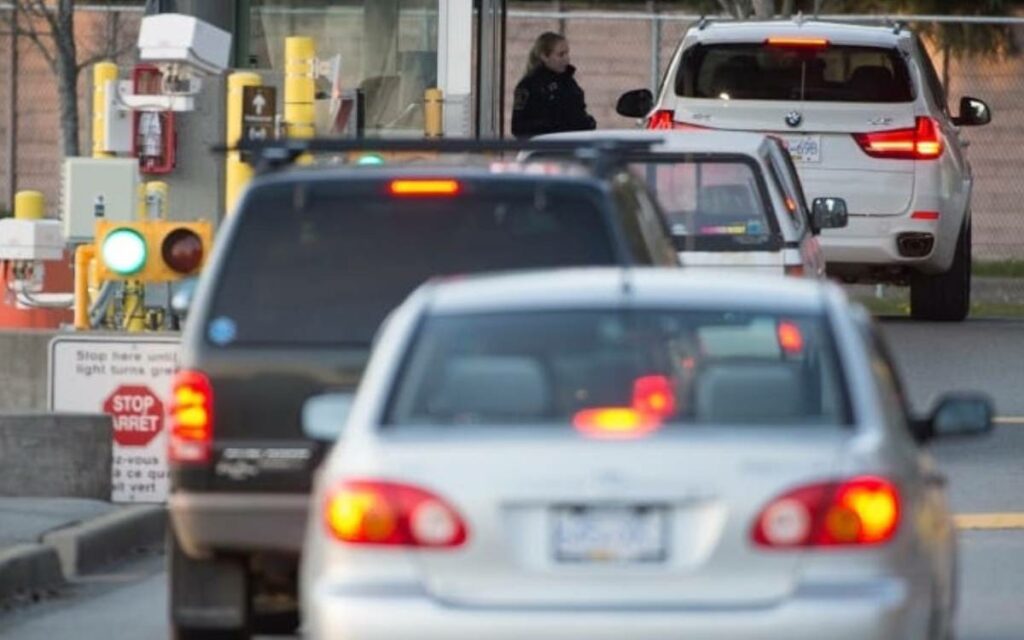 ArriveCAN is a mobile and website application all travellers, regardless of citizenship, vaccination status, or trip length, must download and use to provide personal and travel information before entry into Canada. Its mandatory use is believed by many to be both discouraging and delaying cross-border travel. Photo credit: The Canadian Press/Jonathan Hayward

Conservative MP for Niagara Falls Tony Baldinelli recently succeeded in persuading the Standing Committee on International Trade to adopt a motion to study “the impacts the ArriveCAN application is having on sectors of the Canadian economy which have come to rely on the efficient operation and facilitation of cross-border travel and trade”.

“The ArriveCAN app is a disaster for efficiently and effectively facilitating the flow of cross-border travel and trade at our international airports, bridges, and land borders,” said Baldinelli.

“Every day I hear horror stories from constituents and travelers, who are simply trying to enter Canada for business purposes or to vacation, yet are confronted with enormous delays, frustrations, and wait times at our international border crossings and ports of entry.”

Baldinelli’s motion, which stipulates at least one committee meeting be aside for the study before the summer adjournment of the House, is just the latest in a series of efforts and calls to address the problems posed by ArriveCAN.

Most recently, on the same day that the trade committee adopted Baldinelli’s motion, the Greater Niagara Chamber of Commerce (GNCC) sent a letter to Prime Minister Justin Trudeau asking that the federal government end the required use of the app.

“The ArriveCAN app is particularly burdensome and causes significant delays at crossings,” read the letter, “we suggest that the difficulties which ArriveCAN creates at border crossings are not worth the limited public health benefits it offers.”

The GNCC’s letter echoed much of what the South Niagara Chambers of Commerce has been saying for weeks.

“A cloud has loomed in the mandatory use of the ArriveCAN app,” chambers’ executive director Dolores Fabiano told The Niagara Independent at the beginning of May.

“While public health should always be considered in the actions we take, I don’t believe the ArriveCAN app is a benefit to land crossings.”

First launched in April 2020, ArriveCAN is a mobile and website application all travellers, regardless of citizenship, vaccination status, or trip length, must download and use to provide personal and travel information before entry into Canada.

It was made mandatory for all air travel into the country in November 2020, and then all land travel in February 2021.

Non-compliance results in denial of entry or boarding for foreign nationals, and fines and penalties for Canadian citizens.

Decried as ageist, glitchy, invasive, and inconvenient, the app has long been the subject of controversy amongst Canadian and international travellers alike.

The Niagara Falls Bridge Commission, the Buffalo and Fort Erie Public Bridge Authority, the City of Niagara Falls, the Town of Fort Erie, and several airports, airlines, and organizations representing the travel industry have all called on the federal government to retire ArriveCAN.

The Liberals maintain that enhanced border measures such as use of the app are temporary, and that the government’s approach to the pandemic remains “flexible and adaptable”.

Yet, last month The Niagara Independent exclusively reported that the CBSA, via the Ministry of Public Safety, intends to make the mandatory use of ArriveCAN a permanent fixture of travel to Canada.

Per the CBSA’s internal 2022-23 departmental plan, the agency intends to keep “leveraging ArriveCAN” as part of its “vision for the border of the future”.