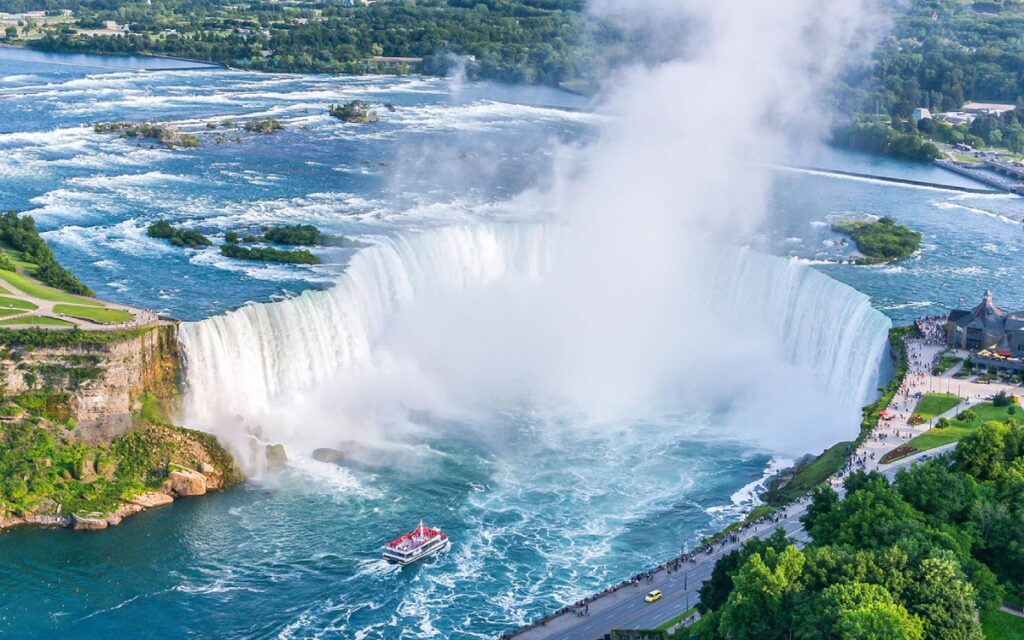 While it is clear that Mother Nature has gifted Niagara with one of the most spectacular landmarks in the world, one wonders if the custodians of the area have kept pace to provide ancillary product for visitors.

An international luggage storage company, Bounce, which serves tourists in over 1,000 locations in cities around the world, recently released its rankings of ‘best-loved landmarks’ around the world.

Niagara Falls was number one.

Bounce looked at average entry prices, annual visitor numbers, annual Google search volume, Instagram posts, and Tripadvisor ratings to come up with a ‘Landmark Score’ for 24 of the world’s most renowned sites and structures. Niagara Falls finished with the top score at 9.22 out of 10.

Bounce commented, “The best-loved landmark in the world is Niagara Falls, which earns a cool 9.22/10 landmark score.  Free to visit, Niagara Falls sees just under 12 million visitors a year and it has a perfect 5/5 rating on Tripadvisor. This picturesque landmark also has over 3 million Instagram posts.

“Niagara Falls”, the company continued, “offers some of the most breathtaking views of natural waterfalls in the world.  A perfect romantic getaway or family vacation, Niagara Falls is one of the most popular destinations in Canada.”

The study was based on pre-pandemic data.

While it is clear that Mother Nature has gifted Niagara with one of the most spectacular landmarks in the world, one wonders if the custodians of the area have kept pace to provide ancillary product for visitors.

While the Niagara Parks Commission, with a big assist from the Province of Ontario, recently created an incredible new attraction by refurbishing the old Canadian Niagara Power building, adding an awe-inspiring tunnel walk beneath the generating station that culminates with a rivers edge platform view of the falls just this summer, not much else has occurred in the honeymoon city in the last several years.

Niagara Falls currently has some serious issues above the escarpment. Marineland, a former tourism mainstay and huge draw to the area, suffered numerous years of horrible publicity and then the loss of its founder John Holer. It is currently struggling to find new owners who will invest in the 850-acre park and recreate a new attraction.

Five years ago, there was great excitement in the air as construction was well underway on a new 5,000 seat theatre attached to the Hilton Hotel and by extension Fallsview Casino. Bird Construction and its partners won an RFP disseminated by the OLG to finance and build the new venue. It was reportedly intended to bring top level acts to Niagara Falls over 200 times a year – acts befitting the 5,000 to 7,000 seats the OLG asked bidders to construct.

Completed and handed over to the OLG two years ago, the theatre is managed by the same Connecticut-based operators that manage the city’s two casinos, Mohegan Sun. Unfortunately, the heralded new venue has yet to host even a single show.

A frustrated Mayor Jim Diodati recently told Niagara dailies, “The premier gave them implicit instructions – get this place opened up. I’ve complained to the premier a number of times. I’ve said, ‘this is ridiculous, we have an empty theatre. A $140 million theatre that’s doing nothing for anybody, it’s just taking up space’. He (Premier Ford) gets it, he understands.”

“We should have already enjoyed dozens of shows in this place and they’re still months away from being open.”

There are many projects and investments planned in Niagara Falls by the private sector and already approved by the City of Niagara Falls. But with the current economics of a tourism sector devastated by two years of a pandemic – it is clear that a catalyst is desperately needed.