No prudence when Freeland spends $20 billion over budget 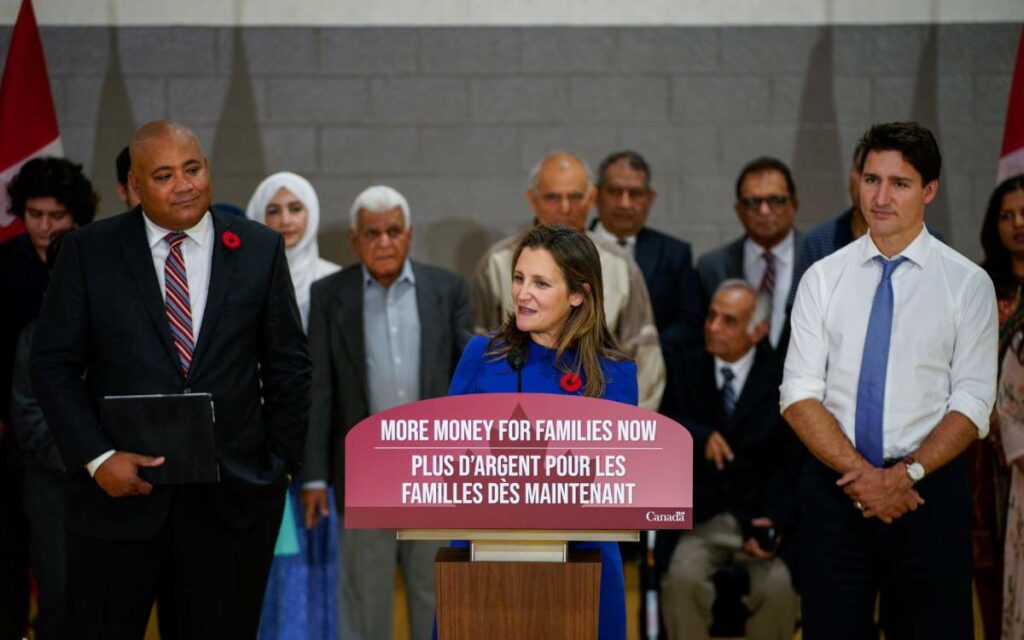 The federal government is already on track to blow its budget by $20 billion. That’s astonishing when we’re only about halfway through the budget year. But here’s the most amazing part: Finance Minister Chrystia Freeland called her fiscal update “prudent.”

Freeland’s April budget contained $90 billion in extra spending compared to pre-pandemic. And the government was already spending all-time highs before the pandemic. Freeland is outspending her own big-spending budget that she penned seven months ago.

Freeland is pinky promising taxpayers a balanced budget by the end of 2027. Taxpayers should be skeptical.

First, that’s after the next election.

The government’s balanced-budget projections depend on an extra $129 billion in revenue compared to the beginning of this fiscal year. The PBO released its budget projections on Oct. 13. The PBO projects revenues in 2027 will be $11.1 billion lower. The government wouldn’t balance the budget using the PBO’s revenue projections. It would have a $6.6-billion deficit in 2027.

What if a recession is right around the corner as some economists predict? Freeland hasn’t shown any ability to reduce spending to match lower revenues. Freeland can’t even keep spending in line with her own budget.

Bottom line: the deficit in 2027 would be $9.4 billion using the PBO’s revenue and interest numbers. This is a larger deficit than the fiscal update’s downside scenario, which projected an $8.3-billion deficit in 2027.

It actually gets worse.

Trudeau first said he would run a few “modest” deficits before returning to budget balance in 2019. He was set to miss that balanced budget by $20 billion even before the pandemic.

Freeland claims fiscal restraint. But the government spent $1.3 million on a week-long trip for the governor general and $6,000 per night for a single hotel room during the Queen’s funeral. The government isn’t getting the big spending right either. It gave 312,825 bureaucrats a raise while their neighbours lost pay during lockdowns. The government is going way over budget with its military procurement. Now, it’s on the hook for $300 billion for navy warships. And the finance minister is spending $20 billion over budget.

Canadians haven’t seen one iota of spending restraint from this government. The first step for Freeland to deliver restraint is to stop spending $20 billion over her own budget.

Franco Terrazzano is Federal Director of the Canadian Taxpayers Federation. This column was originally published in the Financial Post on Nov. 10, 2022.