No, the Liberals are not wising up on China 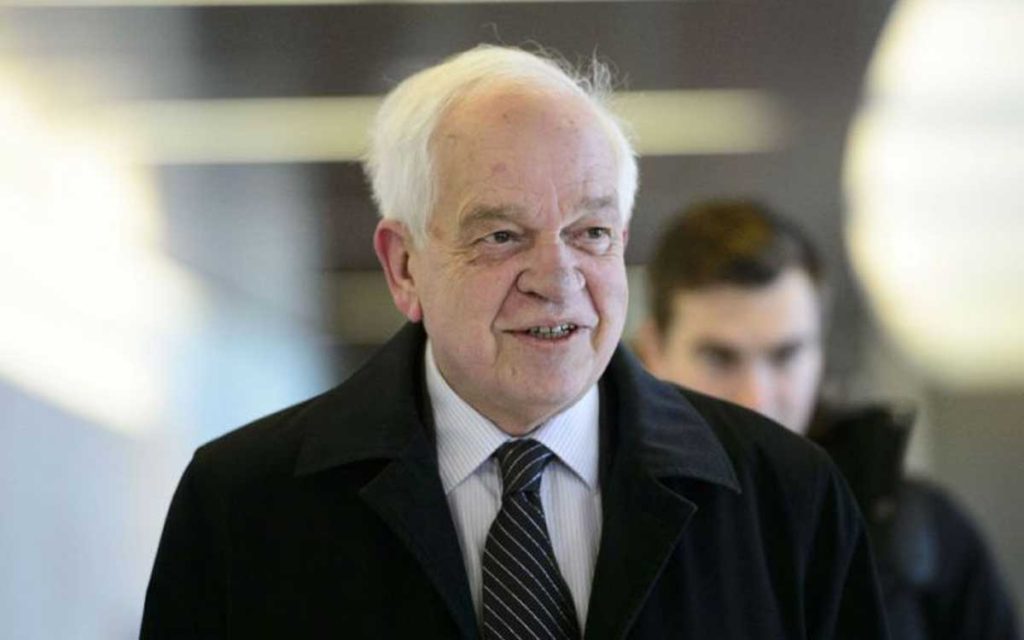 “Are Liberals finally wising up about China?” is the droll headline I put atop my column last week. Well, on the same day it appeared on this site, I got my answer: no, they are not.

Barely a week ago, the Liberal government was holding the line against China’s bullying and tantrums over the arrest of Huawei executive Meng Wanzhou on December 1st. The arrest came at the request of the United States, pursuant to Canada’s longstanding extradition protocols with our closest neighbour.

The US has charged Meng with bank fraud and violating Iran sanctions. The US must submit their case against Meng by Wednesday. As I was writing this, the US Justice Department was announcing details of its various indictments against Huawei.

In retaliation for Meng’s arrest, China arrested two Canadians in China, on unspecified national security grounds. They also ginned up a speedy show trial and death sentence for a third Canadian previously convicted of drug smuggling. The Canadians are being mistreated while in custody, with one of them being questioned about his activities while a Canadian diplomat – a clear violation of diplomatic immunity.

Despite this blatant hostage diplomacy, the Liberal government was publicly maintaining Canada’s defence of our independent judiciary and legal system. Foreign minister Chrystia Freeland had garnered public support from many international players, including the US and European Union. Public safety minister Ralph Goodale had even gone so far as to say publicly that Canada has alternatives to Huawei’s equipment for Canada’s 5G network.

Then, along came John McCallum, Canada’s ambassador to China. As he now goes by the name Mai Jialian in China, perhaps we should refer to him as the Idiot Formerly Known as McCallum.

On Tuesday, McCallum held a news conference in his former riding of Markham, to which only Chinese-language media had been invited. He expounded at length about the Meng Wanzhou situation, explaining in some detail how she had a ‘strong case’ against the US charges. All that was missing was a PowerPoint presentation:

I think she has quite good arguments on her side. One, political involvement by comments from Donald Trump in her case. Two, there’s an extraterritorial aspect to her case, and three, there’s the issue of Iran sanctions, which are involved in her case, and Canada does not sign on to these Iran sanctions. So I think she has some strong arguments that she can make before a judge.

McCallum even suggested that the US and China could make a deal that would include the US dropping the charges against Meng. (After yesterday’s news conference that featured three US cabinet secretaries and the FBI director, that seems unlikely.)

McCallum’s comments were a bombshell that restores meaning to the oft-abused term. It blew a hole in the government’s attempts to distinguish itself from a judicial process that is insulated from political influence. It made the allies who have rallied to our side against China – at diplomatic and trade risk to themselves – look like fools. And it exposed Justin Trudeau’s government as confused or even incompetent.

There have been different explanations for McCallum’s comments, which baffled journalists and former diplomats. Some think he was freelancing, perhaps even relying on talking points supplied by Meng’s lawyers or the Chinese regime. Others think he was attempting to use Chinese-language media to turn down the heat between China and Canada, prompted to do so by the Prime Minister’s Office. This latter theory gained currency when Justin Trudeau refused to take the obvious step of immediately rendering McCallum the Idiot Formerly Known as Canada’s Ambassador to China.

Two days after his blow up, McCallum issued a statement: “I regret that my comments with respect to the legal proceedings of Ms. Meng have created confusion. I misspoke. These comments do not accurately represent my position on this issue.”

Misspoke?! McCallum answered questions for 40 minutes, and publicly dictated a draft outline for Meng’s written submissions to the extradition judge. (Though he was mistaken about the Iran sanctions.)

The day after his statement, McCallum was in Vancouver for a charity event, where he told a Canadian journalist that it would “be great for Canada” if the US dropped its extradition request regarding Meng. Had that been McCallum’s only comment on the case, he might have survived, but not after his impromptu legal aid clinic in Markham three days before. Trudeau fired McCallum on Saturday.

Meanwhile, the Chinese government continues to reveal itself as a triumphant thug regime. From Global News:

China’s state-run Global Times responded to the news with a blistering op-ed on Sunday, in which the unnamed author compared Ottawa to a “frightened bird,” and used a vulgar folk saying to describe Canada’s allegedly immoral actions.

“You cannot live the life of a whore and expect a monument to your chastity,” the unnamed author of the op-ed wrote.

This fiasco has left everyone wondering what could possibly ameliorate this situation, caused by the noxious combination of the Trudeau government’s naïve courting of China, China’s authoritarianism and contempt for the rule of law, and John McCallum’s idiocy.

One former ambassador to China is suggesting Canada appoint a special envoy to deal with the Meng and Canadian detainee crisis. Margaret McCuaig Johnson of the Asia Pacific Foundation of Canada agreed: “Perhaps the prime minister would do well to have a special envoy like Jean Chrétien to be sent over to China to just focus on the detainees.”

Let’s leave aside for the moment this embarrassing point: no one is suggesting that Justin Trudeau himself is suitable for this task. Jean Chrétien, it must be noted, is rumored to have business interests in China, seeded by the many trade trips he made to China as prime minister. The media may well decide to finally take a closer look at those interests, were Chrétien given such a high-profile assignment. More germane to this situation, however, is that sending a former prime minister who has deep business ties to China would be seen as a reward for the Chinese government’s lawless behaviour. Regardless of Chrétien’s negotiating skills, the Chinese are unlikely to settle for anything less than Meng’s release, but at least they would have a new ‘whore’ to look at. 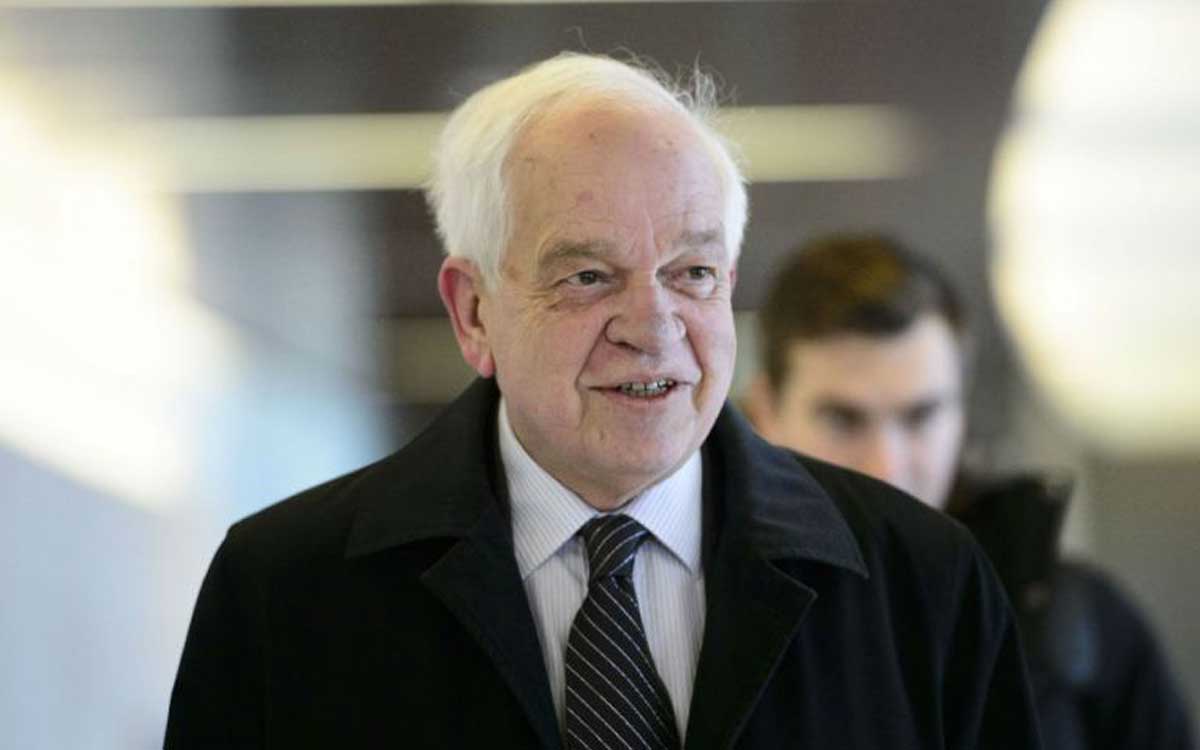