Nobody d’ohs it better than Trudeau 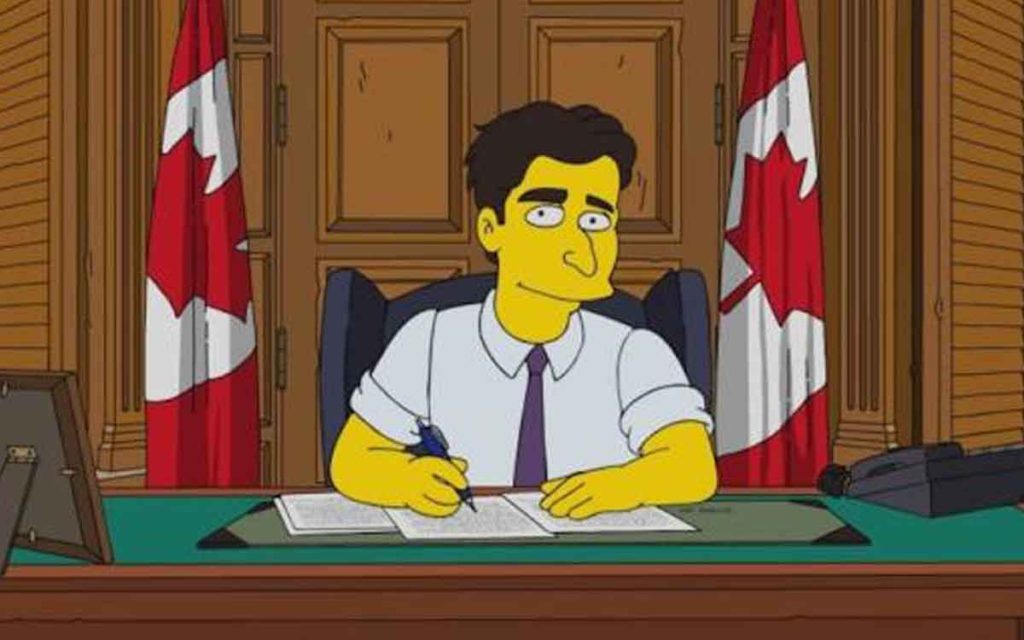 There was some unusual anticipation around Sunday’s episode of “The Simpsons,” the animated series now in its 30th season; by consensus at least 20 seasons more than were necessary.

The episode centered around the most insufferable member of the Simpson clan – overachieving, goody two-sandals Lisa – who ends up in Canada after surviving a descent over Niagara Falls. After experiencing Canada’s ‘free’ health care, Lisa is placed in a Canadian elementary school. Naturally, the school offers a room dedicated to spontaneous Skyping with prime minister Justin Trudeau.

This gag – highlighting lesser countries’ politicians as ridiculously accessible – was done more effectively in a sixth season episode set in Australia. In that one, the local MP and prime minister are both within earshot of a farmer: the MP directly across a fence on his own farm, and the Foster’s-drinking PM floating naked on an inner tube, on a nearby pond.

A much-shared clip from Sunday’s episode starts with Lisa apologizing to Trudeau for her (unnamed) president’s insults towards Trudeau. It ends with Trudeau crawling out the window and down the side of the PMO building, after Lisa says she would like to ask him about the “SNC-Lavalin scandal.”

It’s a decent joke, though one that American viewers probably found puzzling. Unlike “The Simpsons,” however, Justin Trudeau is only into his fourth season of “Oh, That Justin!” and is regularly delivering new comedy to those who can still laugh between bouts of overtaxed crying. As if to underline “The Simpsons” decline into self-parody, over the weekend Justin Trudeau delivered two unscripted boners that were more shareworthy than any of the scripted show’s tired gags and Canada clichés.

On Saturday, Trudeau and his two sons visited Constance Bay, a flood-affected area west of Ottawa, There, they joined volunteers filling sandbags for property owners. A man approached Trudeau, complaining that Trudeau and his security were preventing locals from picking up bags. “I’ve been waiting in line down the road for 30 minutes while you’ve been here soaking up the rays,” the man shouted at Trudeau.

Although local Liberal MP Karen McCrimmon blocked the man from coming any closer to Trudeau, Trudeau gamely approached him and apologized for his “challenge.” An exchange ensued, with the man insisting that Trudeau was delaying sandbagging as a dam opening was imminent, and Trudeau countering that he and his kids were there briefly to set an example, and encourage other volunteers to come out.

Given the man’s anger, Trudeau handled it as well as could be expected, up until the man began walking away after having called Trudeau “insincere.” As the man (later dubbed #SandBagDude on social media) was walking away, Trudeau called after him: “that’s unfriendly and unneighbourly.” It bore an unfortunate resemblance to Trudeau’s “thank you for your donation” shot at native protestors being removed from his $1,500-a-ticket fundraising event in Toronto last month.

Then on Sunday, appearing next to Japan’s prime minister Shinzo Abe, Trudeau twice referred to  “China” when he meant “Japan.” (Apparently, China was a major topic of discussion during their private meeting.) The polite Abe showed no reaction to Trudeau’s double blunder. Luckily for Trudeau, George H.W. Bush puking into the lap of a prior Japanese PM remains the low-water mark for recent Western diplomacy with the Japanese.

It was reported that Trudeau declined the opportunity to voice his own character for Sunday’s episode of “The Simpsons.” If only he could avoid his own cringe-inducing gaffes so easily. 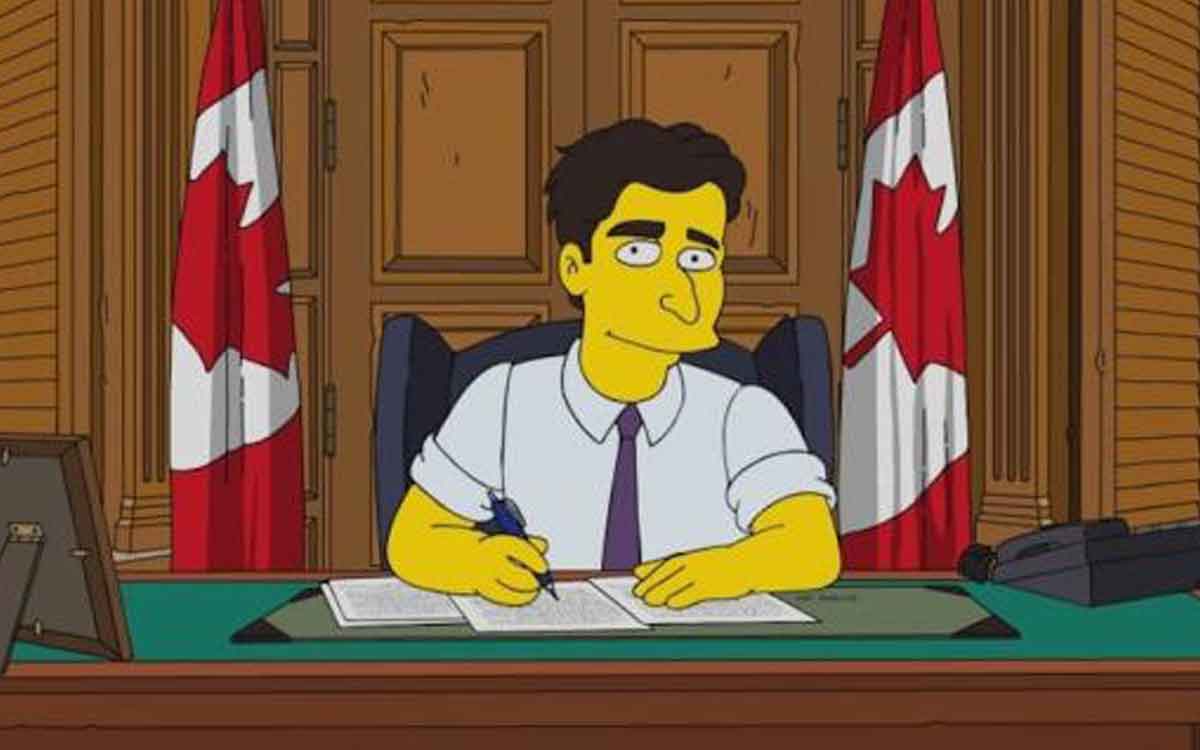