Nothing prudent about Trudeau government’s budgeting 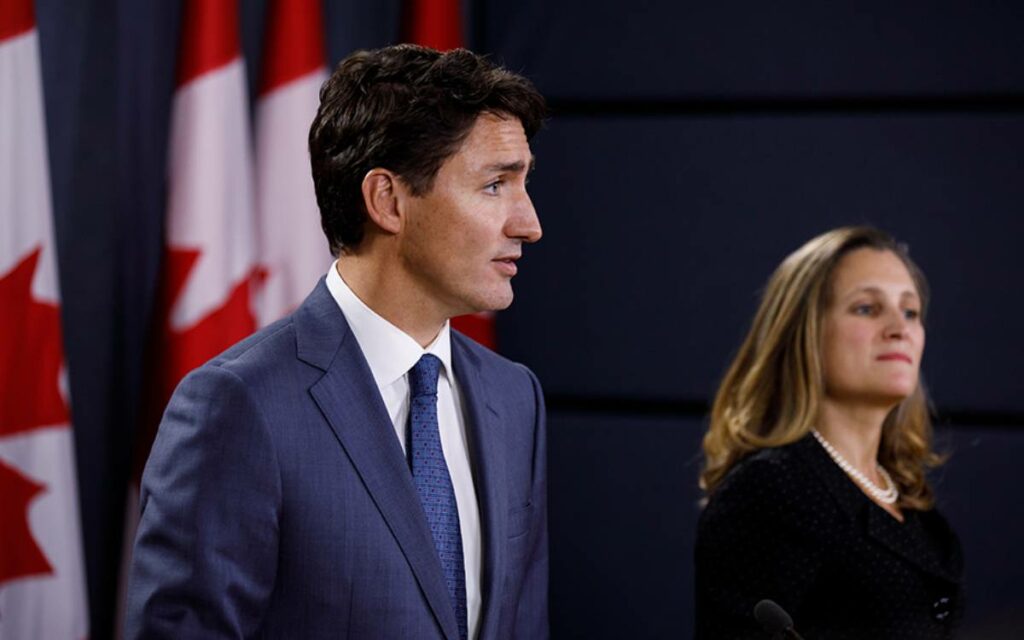 There’s great irony in Finance Minister Chrystia Freeland touting the government’s “fiscal restraint” on the same day taxpayers find out that the governor general and her fellow passengers racked up an $80,000-bill on in-flight catering.

“I know that my fiscal prudence surprised many,” said Freeland during her keynote address on affordability. “This fiscal restraint was very intentional.”

But there’s nothing prudent about the government’s budgeting.

Prime Minister Justin Trudeau initially said he would run a few “modest” deficits before returning to balance in 2019. He was set to miss that balanced budget by $20 billion even before the pandemic.

With the debt passing $1.2 trillion this year, Trudeau will nearly double the debt since taking office. The federal debt-to-GDP ratio is 45 per cent, 15 percentage points above pre-pandemic levels.

The problem is runaway spending.

Trudeau plans to spend $452 billion this year. That’s nearly $90 billion above pre-pandemic spending, which was already at all-time highs, even after adjusting for population and inflation. That means Trudeau spent more money before the pandemic than the government did in any year during the Second World War. And now he wants to spend $90 billion more.

Freeland clings to S&P’s triple-A credit rating as proof of prudence, but does she want to rest on laurels that were earned by previous governments who actually slay deficits? And it’s funny how Freeland ignores the credit downgrade from Fitch in 2020 that was due to the “deterioration of Canada’s public finances.”

Politicians are already flipping over couch cushions looking for more money to pay down their debts. Despite promising not to raise taxes, Trudeau’s pandemic budgets contain a raft of tax hikes, such as a luxury goods tax, a tax on foreigners who own vacant homes, an anti-flipping tax and higher taxes on banks and insurance companies. The federal carbon tax, booze and payroll taxes have been recently increased. Trudeau also requested analysis on a potential wealth tax and his staff met twice with a group that received tax dollars to push for new home taxes.

Then there’s the inflation tax. The Bank of Canada’s total assets increased by more than $300 billion during the pandemic largely by purchasing federal government debt. It would be tough for Trudeau to finance huge chunks of his deficits without reducing the value of Canadians’ money through that aggressive bond purchasing by the central bank.

Fiscal restraint requires more than just repeating the phrase a couple times during a speech. To exercise true restraint, Freeland needs to rein in the years of overspending and set a concrete timeline and plan to balance the budget.

Franco Terrazzano is the federal director of the Canadian Taxpayers Federation. This column was originally published in the Financial Post on July 7, 2022. Reprinted here with permission.