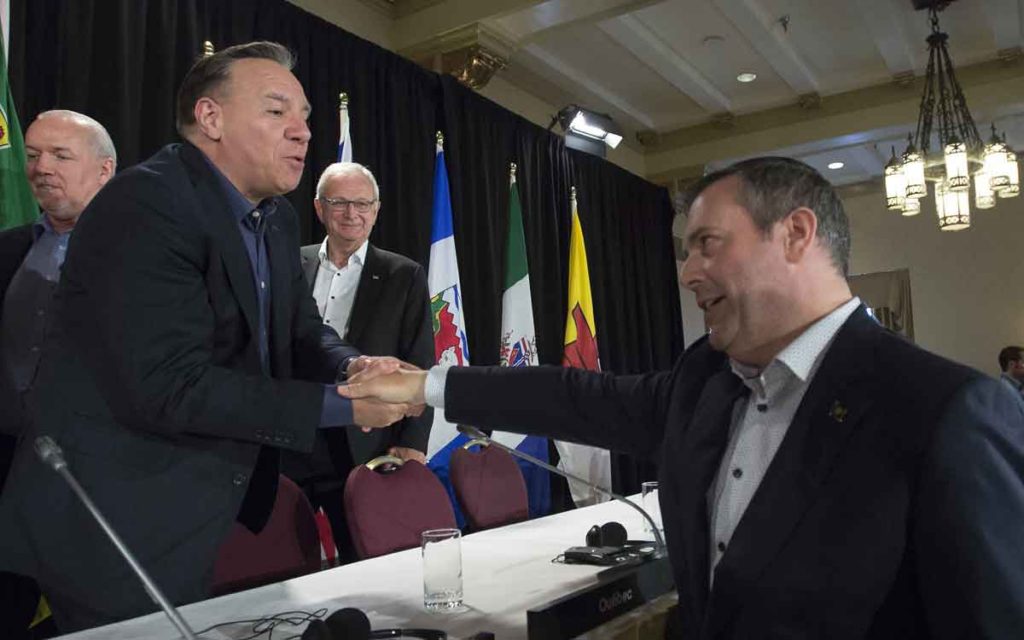 Imagine a tax so bad that it’s uniting Alberta and Quebec. With all of the heated rhetoric over pipelines and equalization, that sort of unity seems like an impossibility. But it turns out the tax is all too real and it’s Ottawa’s carbon tax.

The Trudeau government has been busy uniting the provinces against its economically damaging policies. Six premiers wrote to the prime minister urging him to change or scrap legislation that bans tankers on the West Coast and makes approvals for future pipelines virtually impossible. And following the Alberta’s government’s announcement to challenge Ottawa’s carbon tax in the courts, the Quebec government is now taking on the tax by intervening in Saskatchewan’s Supreme Court challenge.

There’s good reason for the provinces to oppose the federal carbon tax.

“[The Quebec government] will reiterate the importance of protecting provincial autonomy and provinces’ capacity to make their own choices in their areas of jurisdiction in its [carbon tax court] intervention,” stated Quebec Justice Minister Sonia LeBel.

Quebec has a cap-and-trade carbon tax that’s about 4.9 cents per litre on gasoline so it meets Ottawa’s carbon tax requirement for the moment. But Ottawa could force Quebec to pay a higher carbon tax in the future. That’s something Quebec won’t tolerate.

A little too much Ottawa in provincial affairs is only the tip of the iceberg with the Trudeau carbon tax.

The federal carbon tax is an unfair patchwork of different tax rates that punishes some provinces more than others. Under the federally approved plan, taxpayers in Ontario, New Brunswick, Manitoba, Saskatchewan, and soon Alberta, have to pay higher carbon taxes than a number of eastern provinces.

The Nova Scotia government brags about its sweetheart cap-and-trade deal.

“The program will add about 1 cent per litre to the price of gas, compared with about 11 cents per litre by 2022 under the federal approach,” states the government’s backgrounder.

Taxpayers aren’t buying the claim that they won’t be harmed by the new tax. While proponents like to say that the government will return the money it takes from the carbon tax back to households, the new revenue tool will prove too tempting for the feds not to abuse.

“The idea of governments rebating carbon taxes in a purely revenue-neutral way has been proven to be the great Canadian myth. It never happens. Governments always take a cut of the revenues, if not all the revenues, for more spending programs,” confirms economist Jack Mintz.

Rather than replacing regulations, the federal carbon tax is being layered on top of costly policies such as incentives to use lower emitting trucks and buses and bike-path subsidies in Ontario, the Trudeau government’s proposed clean fuel standard, clean energy subsidies and laws that make it harder to develop resources.

And with all of the money Canadians will be forced to pay, politicians can’t even confirm whether the Trudeau carbon tax will do anything to reduce global greenhouse gases.

“Even if Canada stopped everything tomorrow, and the other countries didn’t have any solutions, it wouldn’t make a big difference,” acknowledged Prime Minister Justin Trudeau.

If there’s one saving grace with Trudeau’s economically damaging policies, it’s that he’s uniting the provinces under a banner of opposition.