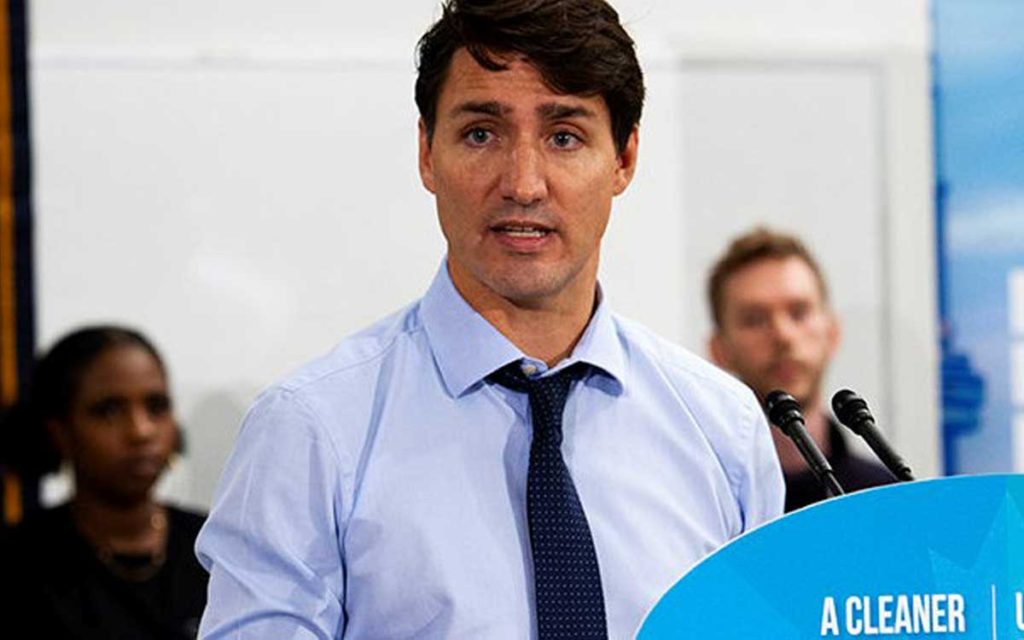 It was barely a month ago that I observed in this space that Justin Trudeau seems determined to re-fight the 2008 election on the same carbon tax that defeated Stephane Dion. That was Trudeau’s first election, which can be the only logical explanation for his nostalgia.

He confirmed my suspicions about redeeming Dion on Tuesday, when he announced his “Pan-Canadian Framework on Clean Growth and Climate Change.” Despite this Dr. Seuss-like pan-bamboozler of a name, the Liberals have already lost the first battle of the war they have launched: nomenclature. Everywhere beyond a one-mile radius of Parliament Hill, it is being called a carbon tax, just as Dion’s “Green Shift” was. Not to mention that ‘pan-Canadian’ is a rather deceptive name for a scheme prompted by a desire to rein in four recalcitrant provincial governments. ‘Pan-conservative’ might have been more honest.

But if Trudeau can’t win on the label, then maybe he can win on what’s in the package he’s selling. His government is desperately trying to brand carbon dioxide – the gas that every living creature breathes out, and that every living plant breathes in – as ‘pollution.’ Liberal nomination hopeful Adam van Koeverden tried to help out the boss by tweeting that “CO2, CO, CH4 are all forms of pollution” (CH4 is methane, whose main emitters include cows and Super Bowl Sunday).

Many Twitter users attempted to school van Koeverden on the preposterousness of this classification, but the McMaster science grad and Olympic champion kayaker was having none of it. Luckily for him, van Koeverden is well known and ever better looking than Trudeau, so he will likely become the Liberal candidate in Milton (though he will have a tough time unseating Conservative MP Lisa Raitt).

Trudeau showing up in Doug Ford’s riding to announce his carbon tax was a pathetic bit of passive-aggressive theatre, aimed at someone whose idea of theatre is a UFC match-up. Despite the late Rob Ford’s questionable associations and behaviour, which prompted Toronto council to partially strip his authority, he died a hero to his voter base. Rob’s coattails put his inexperienced nephew on Toronto council, and then helped catapult Doug from mayoral candidate to the premier’s office in just a few months.

Ford surprised many by barrelling through the spring election campaign with strong message discipline, and an imperviousness to attacks. Trudeau and his crew of 40-something electric car enthusiasts may scorn Ford, but they should not underestimate him. He has Rob’s appeal without Rob’s shortcomings, and enjoys the democratic legitimacy of having recently campaigned on axing the Wynne Liberals’ cap-and-trade scheme.

Indeed, it was Doug Ford’s determination and his 10-cent cut to gas prices that prompted the federal Liberals to levy a carbon tax on Ontario residents, and those living under similarly uncooperative regimes in Saskatchewan, Manitoba and New Brunswick. Alberta may be next, if it replaces Rachel Notley with Jason Kenney before the next federal election. Of course, if the Trudeau government loses the provinces’ court challenge to the carbon tax – or the next election – this may all be moot.

In the meantime, we will get to see how the Liberals’ carbon tax scheme plays out over the next few months. It might count as an interesting experiment, were it not for the fact that real businesses, workers and families will be hurt, all to flatter Justin Trudeau’s delusions of slowing climate change with a $20 carbon tax that is one-seventh as high as the Intergovernmental Panel on Climate Change is recommending. The panel has also reported that the carbon tax may need to be as high as $5,500 by 2030 to be effective. At that rate, a tank of gas will cost more than your car payment and auto insurance combined.

But let’s not get ahead of ourselves. What will the Liberal carbon tax of $20 per tonne (rising to $50 by 2022) look like initially? From Bloomberg:

About 90 percent of fuel charge revenue will be returned to individuals, and the rest to cities, small businesses, and institutions like schools. Each industry will have a certain emissions target relative to that sector’s current average — companies can pay a tax if they go over the level, or they buy credits from others that are above it. The government has proposed targets of 80 percent or 90 percent of current emissions, depending on the sector, but the targets aren’t finalized.

You will notice that the 90% figure – much touted by Trudeau – only applies to the carbon tax on fuel. It does not apply to the higher prices people will be paying for goods and services affected by the carbon tax, because most businesses will not qualify for any kind of rebate. You might be wondering how the government will match up how much carbon you’re using with your rebate? Well, they won’t. Your rebate will be based on how many people are in your household and where you live, with rural dwellers getting higher rebates. The Financial Post’s Kevin Libin summed up Trudeau’s carbon tax scheme this way:

You might call this entire unwieldy apparatus a wealth-redistribution scheme. It certainly will take money from consumers, businesses and high-income families and reallocate it to others using tax rebates (minus, of course, the cost of administration, which is never zero). But it’s so much more irrational than that.

More accurately, it’s a plan to raise business costs and give imports an advantage at the very moment that our economy is already burdened by a tax regime judged far less attractive than those of our economic competitors, using levies that economists agree are too low to seriously affect emissions but are enough to harm the economy. But if you can swallow enough disbelief, you can just call it the Pan-Canadian Framework on Clean Growth and Climate Change for short.

Let us hope it is not for long.