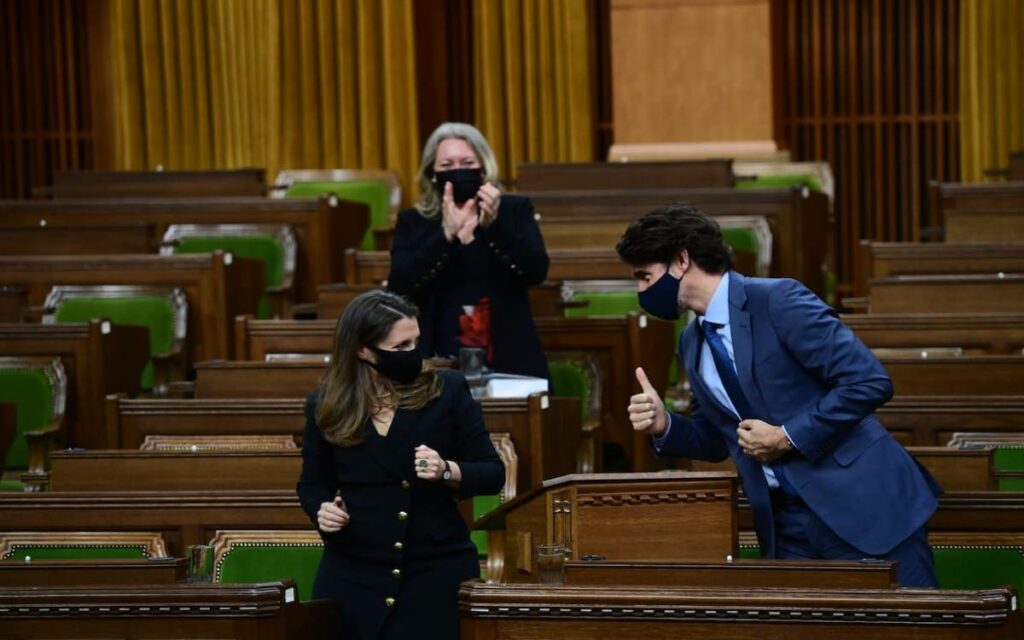 While many small business owners and employees in the private sector have suffered reduction of hours, job loss, and closure over the last two years, MPs have provided themselves healthy pay raises throughout the pandemic. A recent Leger poll commissioned by the Canadian Taxpayers Federation indicates a vast majority of the population is, unsurprisingly, not happy about that. Photo credit: The Canadian Press/Sean Kilpatrick

The Canadian Taxpayers Federation released results from a Leger poll showing 79 per cent of Canadians are against members of Parliament taking their third pay raise during the pandemic on April 1, 2022.

“It’s wrong for politicians to pocket bigger paycheques while the people they represent suffer through a pandemic, pay cuts, job and business losses,” said Franco Terrazzano, Federal Director of the CTF. “It shouldn’t be rocket science for MPs to do the right thing and stop taking bigger salaries during the pandemic.”

The Leger poll was commissioned by the CTF and shows 79 per cent of Canadians do not support MPs collecting their third pandemic pay raise on April 1. The Leger poll surveyed 1,537 Canadians between Feb. 11 and 13, 2022.

MPs have already taken two pay raises during the pandemic. MPs give themselves pay raises each year on April 1, based on the average year-one increase in private-sector union contracts with corporations that have more than 500 employees.

The CTF has identified 30 jurisdictions where politicians took pay cuts at some point during the pandemic.

“We acknowledge New Zealanders who are reliant on wage subsidies, taking pay cuts, and losing their jobs as a result of the COVID-19 global pandemic,” said New Zealand Prime Minister Jacinda Ardern. “I can confirm that myself and government ministers and public service chief executives will take a 20 per cent pay cut for the next six months.”

You can find more information on the Leger poll here.

Franco Terrazzano is the federal director of the Canadian Taxpayers Federation (CTF). This article first appeared on the CTF website here.