Rachel Notley: another woman let down by Dusty Justin 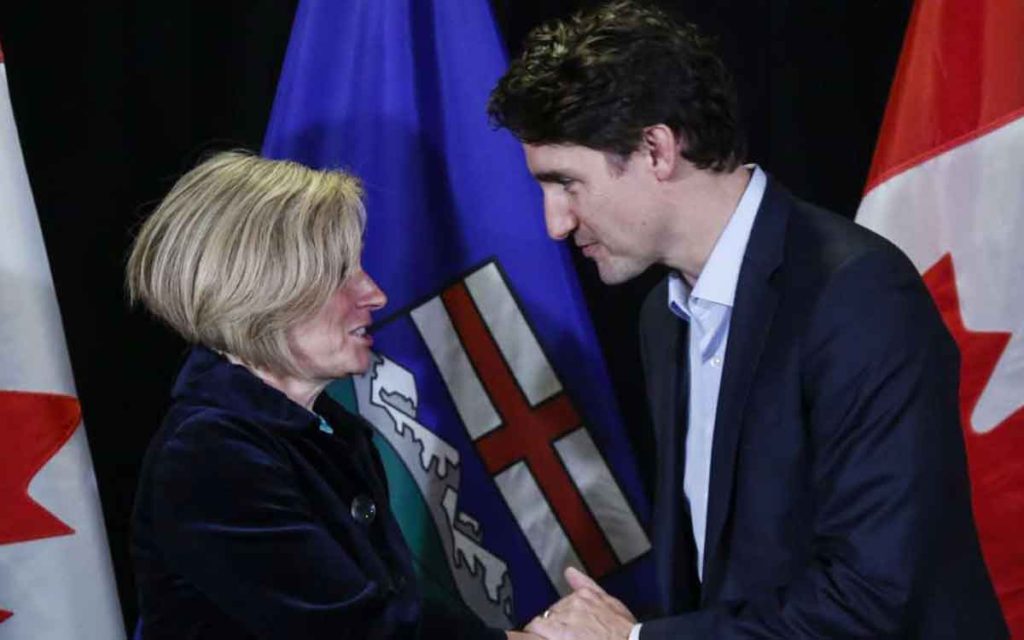 The soon-to-be-ex premier joins a growing group of women who have found Justin Trudeau to be a guy who makes big promises, fails to deliver, and then sometimes turns his anger on the ungrateful witch. Calling him the Dirty John of Canadian politics would be too far, but maybe Dusty Justin is a reasonable compromise. (Both the dramatized and documentary versions of Dirty John are well worth your Netflix time, by the way.) Justin’s feminist roadkill should start a support group, or at least go on a weekend yoga retreat together.

Notley brought Alberta’s first (and possibly last) NDP government to power in 2015, after Alberta conservatives had split between the Progressive Conservative and Wildrose parties (will conservatives ever learn to stop making this blunder?). As the leader of a jurisdiction whose economy depends on oil and gas extraction, Notley tried to balance NDP environmentalism with Alberta investment and jobs.

She thought she had an ally in new prime minister Justin Trudeau, who was also an avowed environmentalist/climate change believer, and had a handful of seats in Alberta that he might like to hang on to. They talked of a “social license” that would make Alberta’s dirty oil more socially acceptable than the nice clean oil from Saudi Arabia, Iran and Venezuela. The west coast tanker ban, tougher regulations on development, carbon taxes, growth caps and consultations with native groups were supposed to quiet opposition to pipelines, and let some of Alberta’s oil get to offshore markets.

But the social license concept did not get far. Interest groups continued to deem oilsands oil petrolia non grata under any circumstances, to be left in the ground until the apocalypse. Some native figures loudly opposed pipelines, while native bands who supported pipelines were ignored. Shady foreign money was behind many of these efforts. Meanwhile, the tanker ban had killed the Northern Gateway pipeline, and new federal regulations prompted TransCanada to walk away from their Energy East project. Twinning the existing Trans Mountain pipeline, however, still looked to be on track.

Then in 2017, British Columbia got a new premier, NDP leader John Horgan. Horgan had won two fewer seats than the incumbent Liberal government, but thanks to the support of the three-seat Green caucus, managed to take power. Both the NDP premier and Green leader vowed to “immediately employ every tool available” to stop the project.

But, hallelujah, here comes Justin Trudeau and his awesome relationship-building skills! Trudeau organized a meeting among himself, Horgan and Notley. Naturally, there was a photo-op of the three smiling politicians, which is all that ever came of the meeting. No assertion of federal interest. No reminder to BC that the federal government has jurisdiction over Canada’s coastline.

My skepticism was prophetic. A few months after announcing the purchase, a federal court ruling put the project on hold because it had failed to sufficiently “grapple” with six native groups opposed to the pipeline (30 are in favour). Instead of appealing the vague and unprecedented ruling, the Trudeau government is choosing to try yet again to appease the un-appeasable.

This left Rachel Notley heading into the 2019 election unable to credibly promise that construction on Trans Mountain would begin this year. But while the federal government’s native consultations continued without a deadline, there was one bit of good news that Notley might build on: in February, the National Energy Board approved Trans Mountain, with a 90-day period for the federal cabinet to respond. A favourable response any time before or during the election campaign would have given Notley and Alberta a boost. It never came. As the National Post’s Kevin Libin observed the day after the election:

The dog that never did bark in the Alberta election campaign was that Trudeau would not even deliver Notley the clear plan for a pipeline she desperately needed in time to salvage her credibility before Albertans voted Tuesday, despite all the trust she had put in the federal Liberals to get the Trans Mountain expansion built. Federal judges overturned the project’s original approval in August, adding yet more hurdles for the government to meet on the environment and Aboriginal consultations. But after the National Energy Board once again approved Trans Mountain’s new and improved application in February with a 90-day (albeit non-binding) period for the federal cabinet to respond, 53 days have ticked by as of Election Day in Alberta.

Maybe the Trudeau government preferred not to respond to the NEB ruling until they had completed their consultations with native groups. Maybe they really want Alberta’s oil to stay in the ground, as their Bill C-69 might suggest. Maybe they figured Notley was heading to defeat anyway, so why waste political capital on her? Better to keep Trans Mountain as a carrot and stick with which to tempt or batter Jason Kenney’s new government. Maybe all three.

When you think of it, the only politician who has helped Rachel Notley move Alberta oil is Donald Trump, who revived the Keystone XL pipeline that Barack Obama had snuffed shortly after Justin Trudeau took office (with little protest from Trudeau).

Notley is just the latest woman to find Justin Trudeau a disappointment. York Region-area MP Leona Alleslev crossed the floor to the Conservatives in September because the Trudeau government was falling short on foreign policy, trade, defence, and the economy.

Jody Wilson-Raybould was disappointed with Trudeau’s handling of native reconciliation, even before he mobilized his top staff and civil servant to pressure her to offer a deferred prosecution to SNC-Lavalin. When the pressure became public, three separate, negative stories were leaked against her. Jane Philpott quit cabinet because she disagreed with the handling of the SNC-Lavalin file. Trudeau ejected both women from the Liberal caucus.

On the day Wilson-Raybould resigned from cabinet, Durham Region-area MP Celina Caesar-Chavannes told Trudeau on the phone that she was not running again. She later told the Globe and Mail that there was yelling by both parties on the call, with Trudeau calling her ungrateful. A week later, she tried to approach Trudeau at caucus to talk about the heated call. “Again, I was met with hostility. This stare-down … then him stomping out of the room without a word,” she told the Globe. Trudeau attempted to apologize to her later that day, at which point she stormed off. Caesar-Chavannes later quit the Liberal caucus.

Maybe this is all a bit unfair to Trudeau, who for all we know may be letting down and/or yelling at a bunch of male colleagues who have yet to speak up. They would probably get a sympathetic hearing from Notley, Alleslev, Wilson-Raybould, Philpott and Caesar-Chavannes. 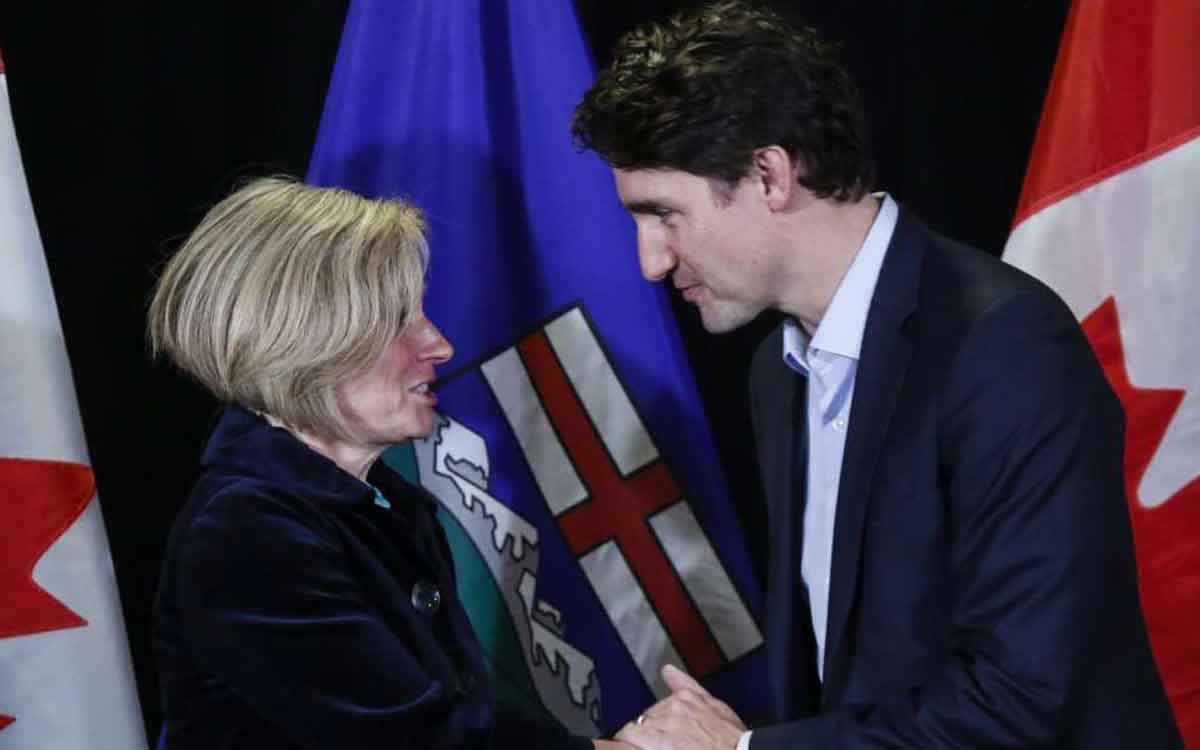