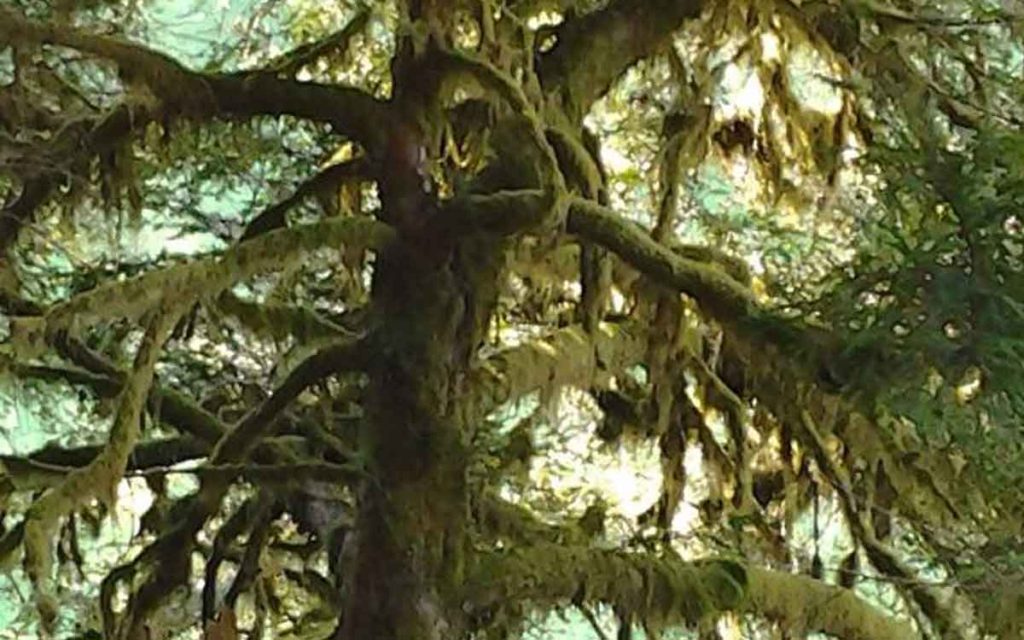 The Pacific Yew tree. Today, Taxol, a drug that is the primary defence against ovarian cancer comes from the bark of this tree and is a billion dollar annual industry.

Last week, I had the opportunity to deliver the keynote presentation at the Economic Developers Association of Canada (EDAC) annual conference in Fredericton, New Brunswick. The EDAC conference is an annual gathering of hundreds of professionals interested in local development, including economists, developers, investment attraction specialists, and site selectors. This year, they asked me to speak about the UN’s Sustainable Development Goals, or SDGs – a set of 17 ambitious development goals that every government on the planet has committed to achieve by 2030.

The 17 SDGs make for a pretty diverse agenda, targeting everything from the need for “decent work and economic growth” (which is SDG #8) to “responsible consumption and production” (SDG #12) to “clean water and sanitation” (SDG #6). While the goals themselves are fairly broad and high-level, they are underpinned by 169 action plans that are much more specific, tangible and precise.

For EDAC, a keynote focused on the SDGs suggests that the Canadian investment and development community takes the SDGs pretty seriously. By extension, those interested in economic development are also paying increasing attention; I recently met with the Region of Waterloo, for example, to explore how their next economic development strategy could better reflect the SDGs. To hep facilitate this work, Statistics Canada has recently established a sustainability secretariat, providing data and metrics around the SDGs in Canada.

Of course, most of us have a gut-level understanding of the link between building strong economies and the idea of sustainability, which links environmental and social concerns to economic growth. At the most basic level, we understand that economic development would be pretty tough in a place like Chernobyl. Nuclear wastelands are not particularly good for business… We know that environmental protection and community well-being are directly linked to our economic potential in the 21st Century.

Take the issue of biodiversity as an example. Scientists currently estimate that – somewhere around the world – three species of plant or animal become extinct every single hour. That’s 72 a day, more than 500 a week, and about 26,0280 species lost each and every year.

But this biodiversity loss is more than just a moral issue. A few years ago, researchers were able to isolate a new drug called Taxol from the bark of the Pacific Yew tree. Today, Taxol is our primary defence against ovarian cancer, a disease that affects 200,000 women in North America every year. But the Pacific Yew that is the source of Taxol is an endangered species – in fact, it was rescued from the brink of extinction by the discovery of Taxol. Today, we farm the Pacific Yew in tree plantations, and Taxol has become a $1.5 billion a year industry.

This is the prefect example of what is often referred to as the “triple bottom line” – by preserving the Pacific Yew, we have saved biodiversity and protected the environment, we have built a billion-dollar industry, and we have saved thousands of lives. As we consider options for future development in our businesses, our communities, and our countries, this is the model we must pay attention to.

This way of looking at future opportunities is becoming increasingly important, as industry after industry begins to shift to newer (and often greener) technologies and perspectives. The current transition from gasoline to electric automobiles, for example, has a wide range of economic implications. How may gas stations will we need when every home has an electric charging station? How will that change commercial real estate opportunities, or home renovation companies, or employment opportunities for gas station attendants?

Unfortunately, a lot of governments and businesses are still failing to pick up on these issues… At the local level, we fail to incorporate these concerns and opportunities into our economic development plans. At the business level, we remain focused on outmoded business concepts and damaging practices, failing to keep up with emerging ideas and approaches. At the provincial level, we see our elected officials try desperately to make these things into right wing/left wing issues, and pretend we can ignore our current challenges and opportunities.

Burying our head in the sand would have made the Pacific Yew extinct. How many other billion-dollar industries are we currently throwing up roadblocks for by failing to consider the triple bottom line? If nothing else, building our strategic thinking around the UN’s Sustainable Development Goals provides a tool for moving in the right direction.