Smells like team spirit: Trudeau’s ‘independent’ senators not so independent 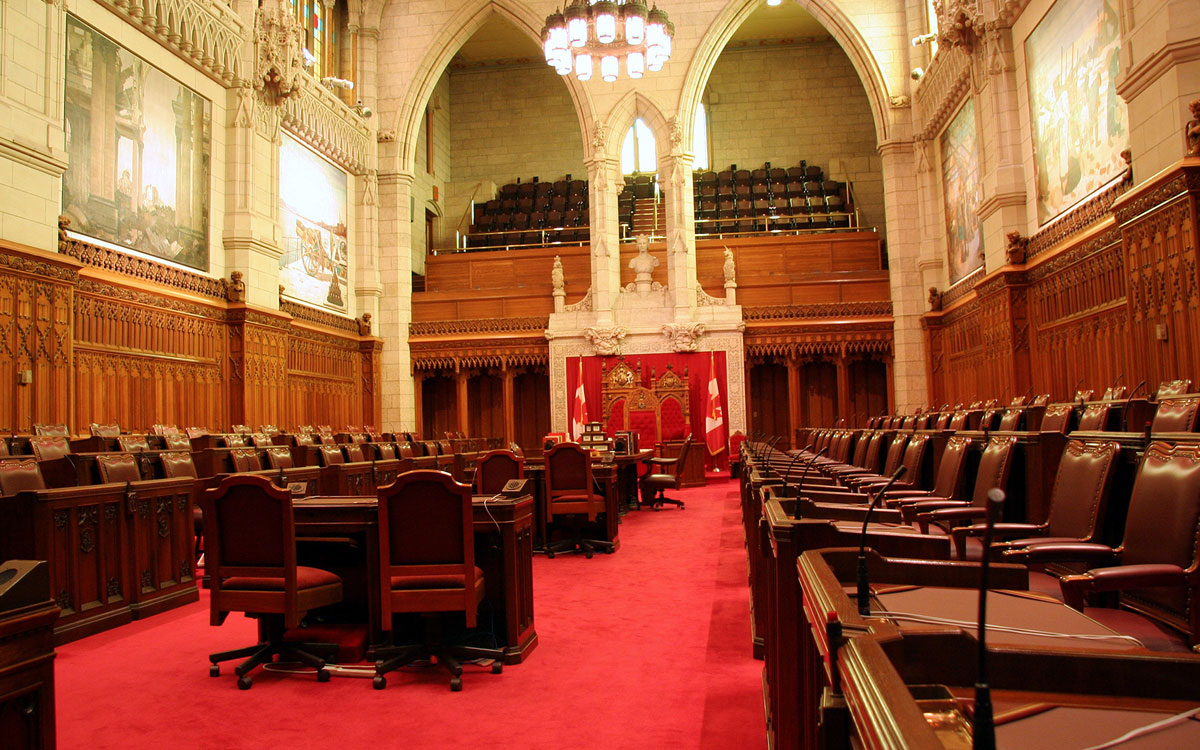 There hasn’t been much hubbub around Canada’s Senate since we were dissecting the living arrangements and expense reports of Conservative Senators Mike Duffy, Pamela Wallin and Patrick Brazeau, and Liberal senator Mac Harb.

At the height of the Duffy scandal, then-Liberal leader Justin Trudeau made the bold move of kicking all the Liberal senators out of the Liberal caucus, rendering them independent Liberal senators. I guess the Senators Formerly Known as Liberal would have been too cute by half, and Trudeau pretty much has a monopoly on political cuteness for the foreseeable future. Trudeau promised that, if elected, he would end the appointment of partisan senators. Instead, his appointments to the still-unelected Senate would be based on merit, and vetted and recommended by an independent committee. Sort of an Order of Canada without the jewellery.

Trudeau’s majority win in 2015 gave him the opportunity to implement this promise. He also had the opportunity to fulfil his promise to make 2015 the last federal election run on the first-past-the-post electoral system, but that one has gone by the wayside, along with his first democratic reform minister. So, Trudeau’s Senate changes are the only democratic reforms on which he can be judged for now.

As it turns out, the independent senators appointed by Trudeau – not to be confused with the independent Liberal senators kicked out of caucus by Trudeau (now just called Liberals again) – are not so independent. (This use of the word ‘independent’ for things that aren’t really independent reminds me of communist regimes that insist on putting the word ‘democratic’ in their country name.)

When it comes to voting, Trudeau’s senators are supporting his government’s legislation more devotedly than any other group of senators. A CBC examination last June found that Trudeau’s Senators voted with the government 95% of the time, while Liberal Senators voted with the government just 78% of the time. The CBC reporter had to admit that Trudeau’s senators had “essentially toed the line.” Conservative Senator Leo Housakos observed drily: “At the end of the day, rhetoric is all good — but when you get up and vote, it’s crystal clear where they all stand.”

Despite this record (or perhaps because of it), last November the other Senate caucuses agreed to provide funding and committee seats to Trudeau’s senators – now known as the Independent Senators Group.  These senators are being treated as a caucus, but supposedly they are all still ‘independent’ senators. The Independent Senators Group also has a leader, or ‘Facilitator,’ Yuen Pao Woo, appointed to the Senate in 2016.

It’s a little baffling why the other senators agreed to grant funding and committee seats to an organized group of senators who call themselves independent, yet based on their voting records seem as non-partisan as the star-struck foreign affairs bureaucrats who cheered Justin Trudeau when he visited the Pearson Building after the election. On the surface, it seems a clear case of poor political judgment. But then a refusal to do so probably would have played into the Trudeau government’s hands. That’s the thing about former politicians, some of whom still number among Canada’s senators: they usually have some political savvy.

Since being elected, the Trudeau regime has appointed 33 senators, and seven senators will reach retirement age between now and October of 2019, the expected date of the next election. Trudeau’s non-partisan Senate appointments committee must be quite busy, right? Well, it’s either as busy as the proverbial one-armed wallpaper hanger, or it’s just a fig leaf with a government web page.

You see, the Independent Advisory Board for Senate Appointments, established over two years ago, has exactly one member, when it should have 29: a chair, two federal members and two from each province and territory. Picture a conference table with 14 empty chairs on each side and one person – Advisory board chair Huguette Labelle – at the head. That’s who’s picking senators? I doubt it.

As Conservative Senator Denise Batters hashtagged after Trudeau’s most recent Senate appointment, #GerryButtsPicksSenators. Butts, in case you didn’t know, is Trudeau’s Principal Secretary and long-time friend. So I’m betting on the fig leaf. Maybe every time they try to fill the seats on the advisory board, Butts says, “That guy’s really great. Why don’t we just make him a senator?” So the Senate gets filled with people who vote for Trudeau’s bills, but the non-partisan advisory board no one is paying attention to stays empty.

One of the most partisan activities politicians engage in is criticizing their political opponents. Unpleasant, but necessary in a world of political branding. Here, Trudeau’s senators seem to be stepping up to the plate in a way that would make Jean Chrétien apologist Don “Binder Boy” Boudria proud. Or stalwart Stephen Harper defender Paul Calandra, if we’re being non-partisan (someone has to be, right?). Earlier this year, five members of the Independent Senators Group wrote to the Senate’s ethics officer, asking him to probe former Conservative Senator Lynne Beyak.

Beyak has been roundly criticized for arguing that native residential schools were well-intentioned. She has posted letters supporting her view to her Senate website. Some of the letters include offensive stereotyping of native culture and communities. On January 4th, Conservative leader Andrew Scheer booted Beyak from the Conservative caucus. Liberal and NDP MPs piled on, seeing an opportunity to embarrass Scheer. Liberal minister Carolyn Bennett accused Scheer of allowing Beyak to use her position in the Senate to “espouse her ill-informed and offensive views about Canadian history.”

Mere days after Scheer ejected Beyak, and barely a week into the new year, the Independent Senators Group picked up the cudgel, letting the media know that an ethics probe had been requested. The senators calling for the probe also asked the Senate’s budget committee to investigate whether putting the letters on Beyak’s website were a misuse of Senate resources.

An interesting note to the story was Facilitator Yuen Pau Woo’s insistence that Senator-without-a-Caucus Beyak would have to apply to be a member of the Independent Senators Group. This is a pretty clear admission that this group of independent senators is functioning as a de facto caucus. One wonders what the process is for deciding who gets to join the Independent Senators Group and share in their funding and committee seats? It’s fair to say that if #GerryButtsPicksSenators, he probably has a hand in that too.

All this non-partisan partisanship, and non-independent independence goes on, with little consequence to Trudeau. Until one of his ‘independent’ senators gets caught doing something crooked or embarrassing, that’s probably how it will stay. Of course, the test of these ‘independent’ senators will be how they deal with legislation from a Conservative government. When that time comes, they may find their façade of independence under stronger attack, and difficult to defend.

And another thing: As this column was going to publication, news was breaking that the Trudeau government was scrambling to get independent senators back to Ottawa for a crucial Thursday-night vote on their pot-legalization bill.

Facilitator Yuen Pau Woo put his best independent spin on the situation: “As soon as we heard that there was a possibility of a blocked vote on the part of the Conservatives and that there was the possibility that they, the Conservatives, might run the risk of defeating a bill at second reading — which would be extraordinary — we wanted to communicate that with our members so they could make their own decision about coming back and be part of this historic decision.”

Woo’s swipe at the Conservative senators is rather sophisticated for a non-partisan who has been in the Senate less than 18 months. Conservative Senator Don Plett quipped: “Senators were out of the province and they were flown home today for the vote. That’s what I would call being whipped.”