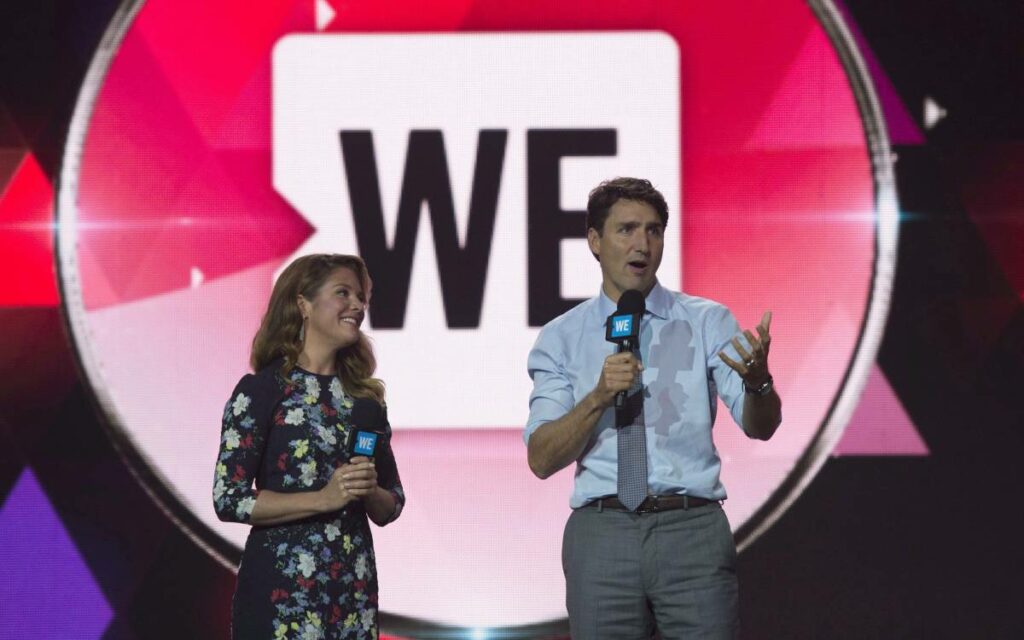 In an ideal world, Canadian members of parliament would be the most ethical, transparent, and accountable citizens, right? However, we don’t reside in an ideal world and lack of trust in politicians and political institutions continues to plummet. Scandal on top of scandal, Canadians are tired of seeing parliamentarians cut moral corners.

A recent note-worthy scandal from this government is the WE Charity – or should I say WE Foundation – debacle. The WE scandal has bedevilled both the Liberal government and the organization itself since last summer. The root of the scandal stems from the federal government awarding a contract to the WE Charity to administer a Canada Student Summer Grant Program worth $912 million.

The controversy unveiled itself when it was revealed that the WE Charity had close ties to the Trudeau family and had previously paid numerous members of the family to speak at their events. Margaret Trudeau – Justin Trudeau’s mother – was paid $250,000 for speaking at 28 WE events over four years, and Trudeau’s brother was paid $32,000 for speaking at eight events. The ties between the Trudeau family and the WE Charity have only strengthened with the realization that the WE Charity paid Sophie Gregoire Trudeau – the PM’s wife – over $24,000 in expenses for eight appearances at their events.

With this knowledge, it now appears that the selection of WE to administer the near-billion-dollar grant program could be perceived as nefarious and corrupt. The prime minister did not recuse himself from Cabinet discussions related to selecting WE for the contract – which placed him in a potential conflict of interest.

After months of the opposition parties pushing for more transparency into the matter, the federal ethics watchdog let Prime Minister Justin Trudeau off the hook. However, the House of Commons ethics committee devoted months to investigating the controversy and issued a report which castigated the Liberals’ handling of the WE affair. The report also issued numerous recommendations and reforms to strengthen accountability and prevent conflicts of interest.

The committee found that “there was an extraordinary level of insider access afforded to the Kielburger brothers (founders of the charity)” and they were also “deeply concerned” that the co-founder of WE was able to lobby the finance minister directly. It was also brought to their attention that the government did not do its due diligence and that it was ready to sign a deal with a shell company.

So, where’s the punishment? The average Canadian voter wonders: can the government pick and choose who to award contracts to solely based on nepotism without considering alternative options? Who do we hold responsible for such nefarious and corrupt actions?

So far, no one. Despite the opposition’s ongoing fight for transparency and numerous attempts for clarification, Trudeau has been getting off untouched. Many argue that the penalties associated with breaching the Conflict of Interest Act aren’t punitive enough. According to Section 52 of the legislation, Every public office holder who contravenes one of the following provisions commits a violation and is liable to an administrative monetary penalty not exceeding $500. Seems like a low-price tag for the cost of corruption.

Finally, the report called for changes to the Lobbying Act, to strengthen rules about who has to register to lobby while providing the lobbying commissioner with more investigative powers.

Conservative MP Michael Barrett said, “the report shines the light on Liberal corruption, and it shows a clear path for us to clean up the mess and end the abuses by insiders.”

NDP MP Charlie Angus shared this sentiment and added, “this report is about what happens when friends of the government, Liberal insiders, get access where they shouldn’t have access.”

We’ve caught this government with their hand in the cookie jar one too many times. Will the numerous recent scandals act as a catalyst to modernize the Conflict of Interest Act and the Lobbying Act? Canada has not seen such stringent suggestions in a very long time. Every government vows to be the one that strengthens acts related to accountability, ethics, and transparency, however, when push comes to shove, it is a lot easier for the government in power to make promises than to make the change.