The feds need to end their lockdown subsidies: Terrazzano 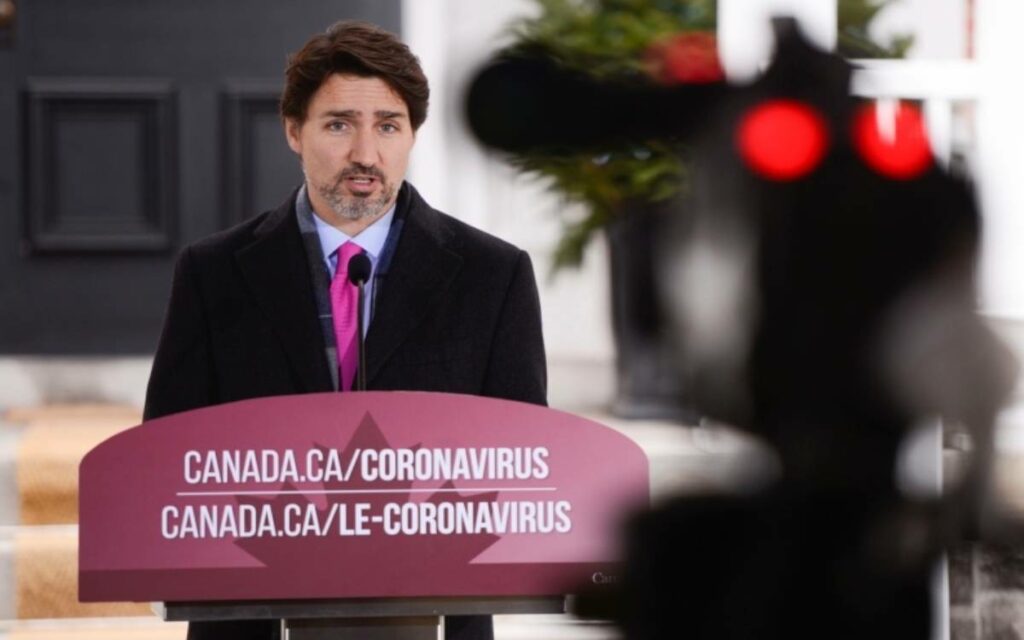 Pandemic subsidies have cost Ottawa more than half a trillion dollars to date. Photo credit: The Canadian Press/Sean Kilpatrick

When governments subsidize something, you can expect more of it. With the federal government covering the cost of keeping workers and businesses afloat during provincial lockdowns, it’s no surprise that provincial politicians are biased toward new restrictions.

Since COVID-19 touched down, Ottawa has dished out $511 billion through direct subsidies, tax deferrals and low-interest loans. This debt-fueled spending binge has sent the federal debt through the $1-trillion mark. The entire federal debt is expected to balloon by nearly 90 per cent by 2027, and the feds aren’t projected to balance the budget until 2070. Taxpayers can’t afford for this to become the new normal.

More than 80 per cent of government lockdown subsidies has come from Ottawa. Not only are federal pandemic subsidies massively expensive, but when the feds pick up the bulk of the bill that allows premiers not to consider the full costs of their lockdowns.

Take the latest round of lockdowns implemented by Ontario Premier Doug Ford. On Dec. 22, Prime Minister Justin Trudeau announced that the federal government is extending its pandemic subsidies for workers and businesses impacted by provincial lockdowns. This will mean another $4 billion for taxpayers to pay back.

Less than two weeks later, Ford closed Ontario gyms, prohibited dining in restaurants and restricted capacity in retail shops. Ford didn’t have to worry about his government covering the full bill for the subsidies because Ottawa already had its credit card on the table.

It will take years to evaluate pandemic measures, but two things are already clear. First, if the feds cover the bills for lockdowns, that creates a bias toward that measure for provincial governments. Second, it raises an important issue of fairness.

Consider the contrasting approaches of Quebec and Saskatchewan. Quebec has implemented some of the strictest lockdowns in the world, including curfews, which triggers big federal lockdown subsidies for their workers and businesses. Rather than these strict lockdowns, Saskatchewan is focusing on getting boosters to a higher percentage of its population than Quebec.

Federal lockdown subsidies favour provinces with tougher restrictions, like Quebec. Yet, Saskatchewanians and everyone else are paying for Quebec’s lockdowns through federal taxes.

Federal lockdown subsidies also create incentives for people to stay home, even when they’re healthy, at a time when businesses are having a hard time finding workers. That’s slowing the full economic recovery we so desperately need and making it harder for more supply to ease the burden of rising prices.

Here’s the reality: if a province feels it needs a lockdown, it has had more than enough time to tailor subsidies to its unique needs. Yes, provincial subsidies would put pressure on provincial budgets. But they should. Accountability dictates that it’s better to link decisions to the government responsible for the costs.

Here’s another reality premiers are enthusiastically ignoring: they’re not just spending more money on pandemic measures, they’re spending more money on virtually everything. When the federal government covers lockdown subsidies, it is enabling provinces to carry on with wasteful spending unrelated to the pandemic. If provinces covered their own pandemic bills, they would have to redirect wasteful spending to real needs.

Once again, Ontario provides an example of wasteful spending politicians should reprioritize. Premier Ford recently gave $295 million to the Ford Motor Company. He also added millions to the handouts for political parties, including his own, even after he had promised to end them.

If premiers truly believe lockdowns are the best measure, they can cut wasteful spending within their own budgets in order to subsidize the businesses and people they are locking down.

It’s time for the federal government to end its wage and business lockdown subsidies. Pandemic subsidies have cost Ottawa more than half a trillion dollars. That kind of spending can’t go on forever.

Franco Terrazzano is the federal director of the Canadian Taxpayers Federation. This article originally appeared in the Financial Post on Jan. 20, 2021. Republished here with permission.