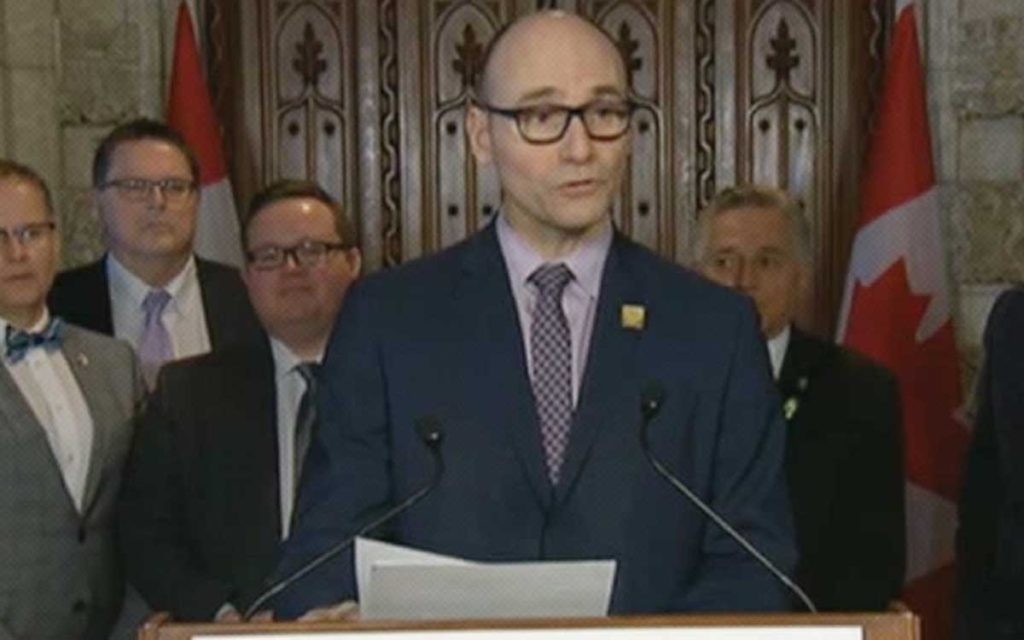 Does Liberal virtue signalling turn your stomach? You better stock up on Pepto-Bismol then, because we are going to be fed even more sugar-coated Liberal vanity over the next 12 months.

The Trudeau government is expected to introduce its Poverty Reduction Act this week, which will set Canada’s first official poverty line. Minister of Families, Children and Social Development Jean-Yves Duclos said in an interview with the Huffington Post last week that having an official measure and target in place will force the government to be accountable for its poverty reduction goals.

“Future federal governments will need to live up to that unless they change the law,” boasted Duclos. Notice how he said future governments? The Trudeau government announced in August that it plans to reduce the poverty rate from the 2015 benchmark by 20 per cent by 2020; and 50 per cent by 2030. Conveniently, they left the announcement of their poverty reduction strategy to the end of their third year in power. It almost makes you want to see them in power for another couple of terms, just to see if they live up to their own goals. But if their deficits are any indication, they probably won’t.

The official poverty line will be based on Statistics Canada’s Market Basket Measure. StatsCan describes the Market Basket Measure as “a measure of low income based on the cost of a specified basket of goods and services representing a modest, basic standard of living.” It will be adjusted to the cost of living in 50 communities across the country. Maybe that’s why StatsCan needs the personal banking, debit and credit information from half a million Canadians.

The Liberals like to say they practice evidence-based policy making. Then surely they have gathered the evidence on how previous grand plans to eliminate poverty have worked out. There was a rather famous one, called Campaign 2000. It was inspired by a 1989 House of Commons pledge to eliminate child poverty by the year 2000. In 2007, Campaign 2000 released a report showing that the national child poverty rate of 11.7% was the same as it was when MPs made that unanimous promise in 1989. Liberals were in power federally for much of those 18 years.

Yet despite the fact that its founding goal was not met, Campaign 2000 is still around, like those sad stereo shops that couldn’t afford to change their signs. When the Liberals released their poverty reduction strategy in August, Campaign 2000 criticized it as insufficiently ambitious and lacking in funding.

‘Insufficiently ambitious’ brings us to the Liberals’ recently-announced carbon tax, to be imposed on Saskatchewan, Manitoba, Ontario, New Brunswick and any other province that refuses to impose its own carbon scheme. The $20/tonne tax – rising to $50/tonne in 2022 – is nowhere near enough to have an impact on climate change, even if the rest of the world matched Canada’s efforts.

Justin Trudeau himself admitted as much, telling a Québec interviewer that “even if Canada stopped everything tomorrow, and the other countries didn’t have any solutions, it wouldn’t make a big difference.” I was confused by the language “if Canada stopped everything,” but I think it may well mean stopping all carbon emissions except those produced by humans and animals. But those would soon be stopped too, after we all freeze to death while clasping our pets. If the arc of carbon reduction must bend towards freezing in the dark, then so be it.

People’s Party leader Maxime Bernier seized on Trudeau’s emission admission: “You can shut down our economy and the effect on climate change, it will be nothing,” Bernier said. “I think, why tell Canadians that you can change the world when you cannot?” What a merciless machete through the heart of Pearson-Trudeau Liberalism!

But Bernier’s question was not entirely rhetorical. Why does Justin Trudeau tell Canadians they can change the world when they can’t? Because that is the entire purpose of Justin Trudeau’s So-Called Adult Life. That’s why he got paid $10,000 to $20,000 per speech to dazzle gaga boomer crowds. “Yes my father was awesome and you can be too!” was probably the gist of some of those speeches.

Which is why sometime between now and the election, Justin Trudeau will hold a news conference announcing that hand guns will be banned in Canada. I can already picture him emoting in his sanctimonious lisp: “No one other than a police officer should have a hand gun. And no parent should lose a child because of a hand gun.” Okay, it’s not great, but I’m not going to help Trudeau with his speeches. He has more than enough paid writers to spin his change-the-world fantasies. And maybe enough Canadians willing to believe them.