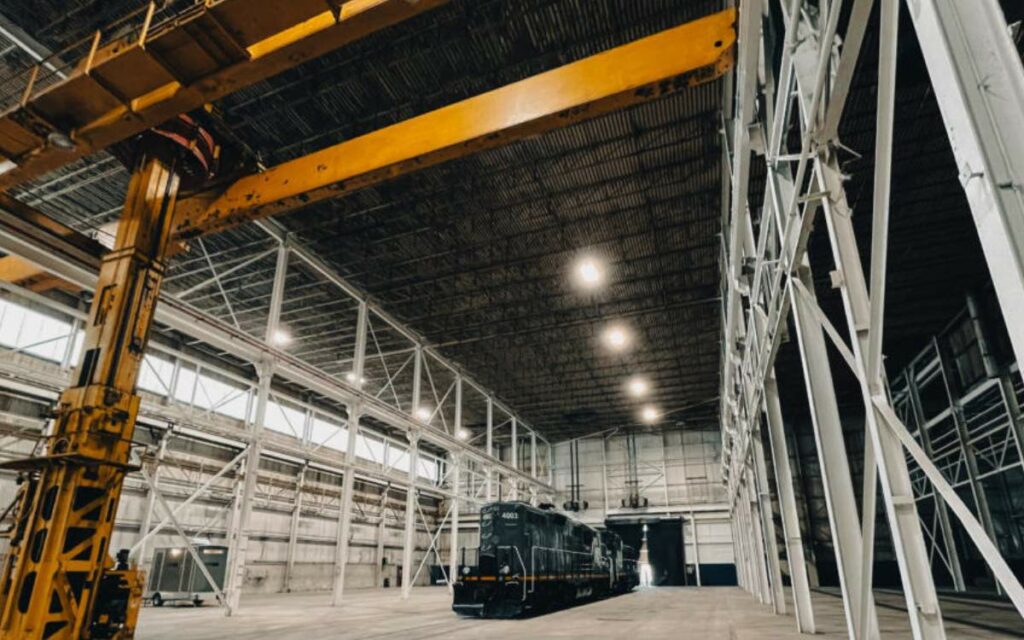 Just days after one of its tenants received a joint-investment from the provincial and federal governments to the tune of $11.3 million, it was announced the Thorold Multimodal Hub is doubling in size.

On Monday, December 19, the Hamilton Oshawa Port Authority (HOPA Ports) revealed a new industrial property has been added to the Thorold Multimodal Hub, a growing industrial complex in Niagara along the Welland Canal south of Highway 58.

The newly-acquired property adds 170 acres of land and over 500,000 square feet of warehouse space to the hub, creating room for industrial, manufacturing, and logistics businesses to locate, grow, or build new facilities.

“We’re very excited to see our vision, and collective enthusiasm and investment in employment lands contained within the Niagara Ports Multimodal Trade Corridor resulting in the development of an exciting job and prosperity-creating enterprise in Niagara,” said Vance Badawey, MP for Niagara Centre, where the property is located. “This is strengthening the new economy of the Niagara region following some challenging times and our government will continue to be committed to the Corridor’s economic growth.”

The new addition is a former automotive parts plant, which closed its doors in 2008. The facility’s new owner, The BMI Group, through its subsidiary Bioveld Canada, specializes in redeveloping and adapting brownfield sites for modern industrial uses. The BMI Group already owns a 155-acre site with over 600,000 square feet of buildings within the existing Thorold Hub.

“We see incredible potential in this new space,” said Justus Veldman, managing director of The BMI Group. “Our success in attracting users to the first phase of the Thorold Multimodal Hub, through our partnership with HOPA, gives us the confidence to expand our investment in the Niagara Region.”

The new addition brings the space available at the Thorold Multimodal Hub to 400 acres of land and over 1 million square feet of indoor space, in multiple configurations, located immediately adjacent to the Welland Canal, with access to the CN rail line via rail service provider Gio Rail.

“The purchase of the former Hayes Dana Property by the BMI Group thru its subsidiary Bioveld Canada is of major significance,” said Terry Ugulini, Mayor of Thorold. “The investments being made today will attract new businesses, create new jobs, as well as contribute to the prosperity and success not only in the City of Thorold, but the entire Niagara Region.”

According to a press release issued by the regional marine authority, HOPA Ports developed the Thorold Multimodal Hub to bring together users who can benefit from the area’s marine, rail, and highway connections, as well as the facility’s proximity to the US border.

Following the launch of the first phase in December 2020, more than a dozen companies have already made the hub home.

“We’ve been able to address a pressing demand out there for industrial space in Ontario, and proven that these older, large-scale industrial facilities can be adapted to the needs of modern industry,” concluded Veldman.