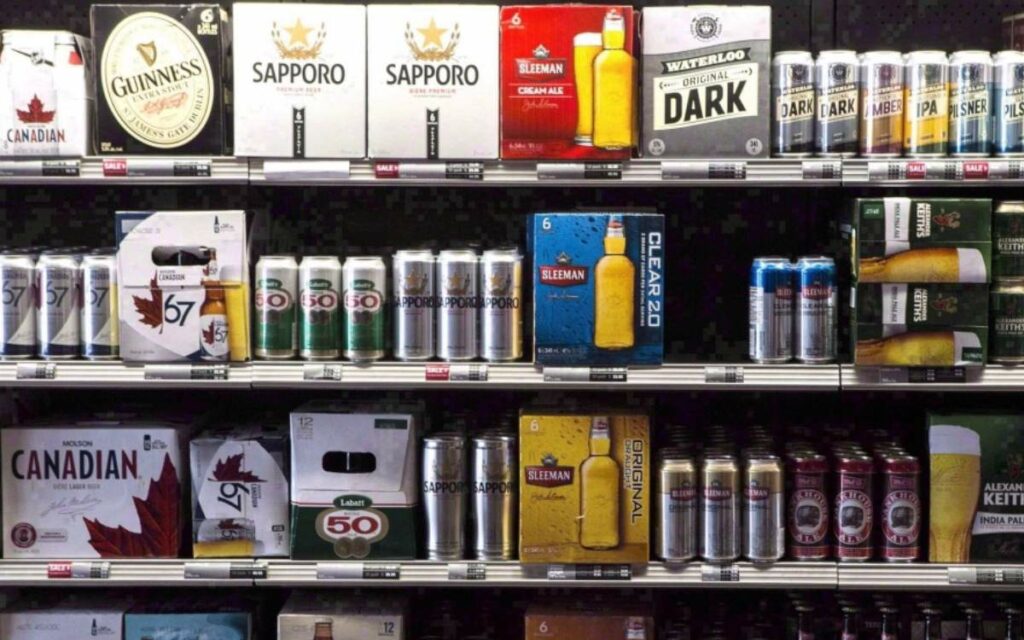 The federal government increased taxes on alcohol by 6.3 per cent for 2023. Photo credit: The Canadian Press/Chris Young

With sky-high inflation, climbing interest rates and carbon tax hikes, you could be forgiven for drinking. But Prime Minister Justin Trudeau is rubbing margarita salt in the wound by using high inflation to binge on higher alcohol taxes.

In 2023, the Trudeau government is increasing the taxes you pay every time you buy a bottle of wine, a case of beer or a mickey of rum by 6.3 per cent.

You could spend about $125 if you pick up two bottles of wine, a 24-pack of beer and a 26-ounce bottle of whisky. You’re paying more than $76 of that tab just in taxes.

In fact, Canadians pay so much tax that picking up a case of beer on the way to the New Year’s Eve party in Prince Edward Island would cost you more in taxes than the total retail price of a case of beer in 25 American states.

While Canadians are paying higher taxes, Americans are enjoying tax cuts. From 2017 to 2019, federal beer taxes went up $34 million for large brewers in Canada while going down $31 million south of the border.

The feds have been bingeing on alcohol tax hikes since the 2017 budget. That year, the Trudeau government introduced an automatic tax hike escalator. That means the federal excise tax automatically increases with inflation every year on April 1. With inflation having reached a nearly 40-year high, Canadians are facing a sky-high tax hike of 6.3 per cent in 2023.

When the escalator tax was first introduced in 2017 there wasn’t much of a fuss because inflation was lower. But even small tax hikes can become big bills over time. After the 2023 tax hike, the federal government’s alcohol excise taxes will have increased 18.4 per cent because of the automatic annual tax hike that was first imposed in 2017.

That’s what is so pernicious about Trudeau’s alcohol escalator tax. At first you don’t really notice it, but every year the tax burden goes up just a little bit. And in less than a decade, the tax hike is already more than 18 per cent.

Jean-Baptiste Colbert was France’s finance minister in the seventeenth century. Colbert said the job of the tax man is “plucking the goose as to obtain the largest possible amount of feathers with the smallest possible amount of hissing.” You’re the goose. And politicians are using the alcohol escalator tax hoping you don’t notice all the plucking and hiss back.

Trudeau’s alcohol escalator tax is fundamentally undemocratic. If politicians think Canadians aren’t paying enough tax, then they should have the spine to at least vote on the tax hike. But your member of Parliament doesn’t vote on this tax hike. Through the escalator tax, the Trudeau government uses inflation to covertly increase its tax take every year on April 1.

There’s one thing that will stop the Trudeau government from using the undemocratic alcohol escalator tax to take more money from you: people noticing. The feds have binged enough on alcohol taxes. It’s time for Canadians to tell the government that it’s cut off.

This column was originally published in the Toronto Sun on Dec. 30, 2022. Reprinted here with permission.