Trudeau spending and writing off like there’s no tomorrow 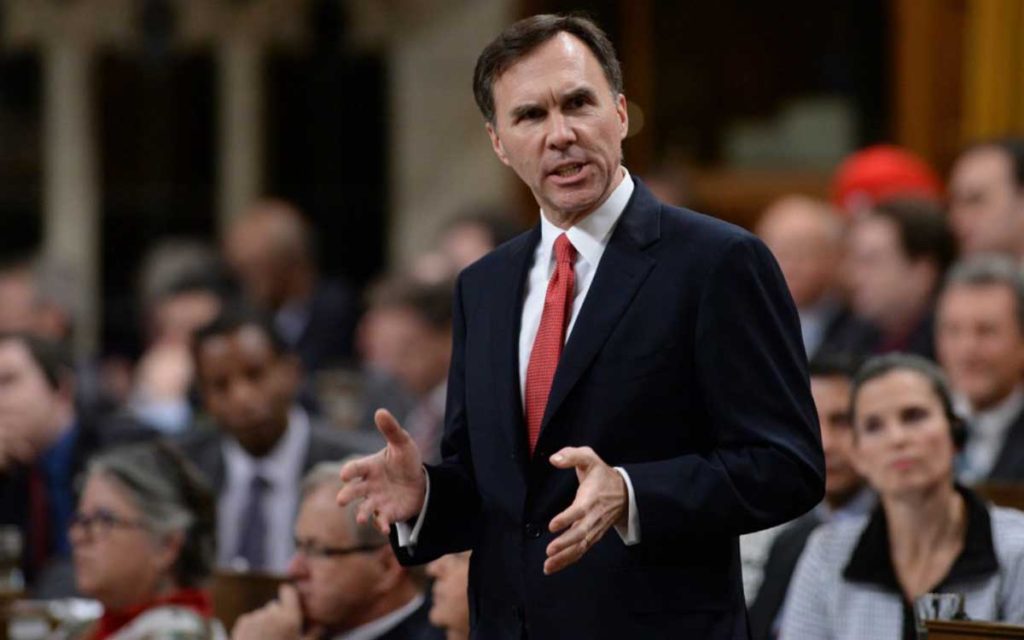 When it comes to climate change, the Trudeau government insists that we must act today lest the planet be uninhabitable in a few decades. Yet the Liberals continue to wave away the short-term economic and fiscal calamities that they are courting daily with their reckless financial decisions.

We all remember Trudeau’s 2015 campaign promise to run deficits of no more than $10 billion a year for three years, and return the budget to balance in fiscal 2019-20. That promise went out the window in finance minister Bill Morneau’s first budget, and subsequent budgets have promised no return to balance. When the $17.5-billion deficit for 2019-20 is added to the total, the Trudeau regime will have posted $72.8 billion in deficits over its four-year mandate. The federal finance department has projected that there may be federal budget deficits for the next 30 years, which would coincide with the oldest baby boomers approaching 100.

Last week the government released its report on spending for the fiscal year ended March 31st. The National Post’s John Ivison waded through some of the gory details. Revenue was 6.9% higher than the previous year, partly because high-income earners could not avoid the Trudeau tax hikes forever. Ivison detailed how the government squandered some of this $20 billion:

A strong labour market meant Employment Insurance payments fell by $1 billion but the government more than made up for that windfall by increasing spending on elderly benefits ($2.5 billion more on Old Age Security and Guaranteed Income Supplement) and children’s benefits ($1.4 billion more). Transfer payments to departments and agencies for things like early learning, infrastructure and First Nations increased by $5.6 billion, or 13.4 per cent, while other direct program expenses for claims and litigation, higher defence spending and veterans benefits rose $9.2 billion, or 10.2 per cent. All that is on top of the 6-per-cent increase recorded year-on-year in 2016-17.

While few would disagree with increasing benefits for the elderly (and these amounts are largely driven by demographics that are out of the government’s control), the double-digit increase in department and agency spending suggests irresponsible budgeting and/or poor oversight.

The Liberals’ carelessness with other people’s money is not limited to the income and spending accounts, but has spread to assets and liabilities. In 2017-18 the government wrote off $6.3 billion in loans to businesses and students. This is on top of $3 billion it wrote off in the previous two fiscal years.

Part of last year’s write-off is $2.6 billion owed by Chrysler, comprised of $1.1 billion lent as part of the 2009 auto bailout, plus interest. Fiat Chrysler posted $4.3 billion in profits in 2017. Perhaps the Liberals were inspired by that Seinfeld episode in which Kramer explains to Jerry why it’s okay to scam the post office over his broken stereo:

Kramer: “Jerry, all these big companies, they write off everything.”

Jerry: “You don’t even know what a write-off is.”

Kramer: “But they do. And they’re the ones writing it off.”

In Canada’s case, however, it is taxpayers who are the big company, and the big company – Chrysler – is the one getting the benefit of the write off.

As many are warning, we are ten years out from the last recession and due for another. If Justin Trudeau thinks that the one promise he has kept – legalizing marijuana – is going to recession-proof Canada’s economy, he is dreaming in unicorns and rainbows. As John Ivison notes, winter is coming:

Running deficits twice the size as promised, with no plan to return to balance, and no sign that spending is being reined in, is a recipe for future disaster. History suggests recessions come along every eight years or so — and we are overdue. The recent jitters in the stock market over slower growth and tighter U.S. monetary policy may well foreshadow tougher times ahead.

The Federal Reserve has raised interest rates eight times since December 2010, which has strengthened the greenback and squeezed emerging markets. There is limited room in Canada, or anywhere else, to fight a downturn with reduced rates, which means even more government spending would be the weapon of choice.

If the Trudeau Liberals are disposed to increase government spending to ease a recession – and God knows why wouldn’t they be – they would not be in the strong fiscal position the Stephen Harper government was in 2008, with a budget surplus of around $10 billion. They would be in deficit by around $20 billion. Another important factor in the Harper government’s success in lessening the 2008 recession’s impact was their ability to get stimulus funds out the door quickly and without corruption.  By contrast, the Trudeau Liberals’ track records on swiftness and integrity are less than impressive.

Trudeau and Morneau may find themselves at the same crisis point that Jean Chrétien and Paul Martin faced in the mid-90s, when the deficit seriously threatened the economy and the federal government’s ability to pay its bills. Being good Liberals, they didn’t want to cut spending, but they had no choice. A lot of their cuts were in transfer payments to the provinces, and implementing those cuts was Mike Harris and Ralph Klein’s problem.

Justin Trudeau also conveniently faces a rogues’ gallery of conservative premiers, which may include Alberta’s Jason Kenney soon. Chrétien won two more majorities after empowering Paul Martin to do whatever it took to balance the federal budget. But Chrétien faced a divided federal opposition. Trudeau does not have that luxury, though Maxime Bernier’s new party and a weak NDP may help him in the election that is one year away. If Trudeau is spared the fiscal cliff that Chrétien faced, he may be able to rest his hopes on voters caring as much about mounting deficits as they do about floods and famines that are decades away. Or that he will not be around for the reckoning.

Trudeau spending and writing off like there’s no tomorrow