Trudeau spoiling to re-fight the 2008 election 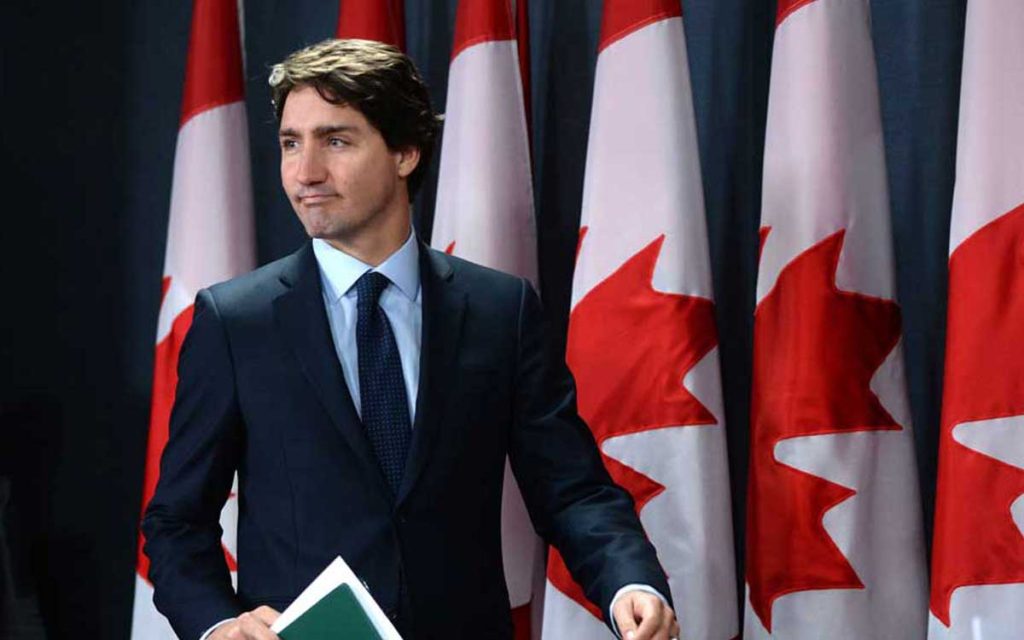 Prime Minister Justin Trudeau is gambling he can win voters over to his besieged carbon tax in next year’s election.

“If you make a compelling case for the direction that we are going in and how we can be better if we all succeed together, then they will rise to that, but it really depends on how you choose to speak to your voters and how you choose to treat them like intelligent, thoughtful, value-driven citizens instead of just short-term consumers of whatever it is a political party is selling.”

This is the strategy Justin Trudeau is gambling will win voters over to his besieged carbon tax in next year’s election, as he explained it to Maclean’s columnist Paul Wells in a lengthy interview last week. The high-minded piffle was reminiscent of erstwhile Liberal leader Stephane Dion’s ill-fated Green Shift platform from the 2008 election, in which Trudeau was first elected to Parliament.

Like Trudeau seems poised to do, Dion tried to convince Canadians that they would pay more taxes and end up with more money in their pockets at the same time. How? By taxing industrial carbon emitters. Dion claimed his carbon tax would subsidize a tax cut to people in the lowest three tax brackets, fund a new child tax benefit, and increase benefits to seniors and low-income families. With that kind of sales pitch, it’s hard to believe the guy lost.

But lose he did. Maybe it was Dion’s lack of charisma. Maybe his plan was too complex. Maybe voters figured the tax would create winners and losers, and they didn’t want to risk coming up on the losing end. Maybe it was the Conservatives repeatedly labelling Dion’s carbon tax as the “tax on everything.”

Debates over carbon taxes, cap-and-trade and other carbon-reducing schemes are a great distraction from the awkward reality that reducing carbon emissions is very difficult. Last year, University of British Columbia researchers compiled data from dozens of studies and found that the four biggest impacts an individual could have on carbon emissions would be: having one fewer child, not using a car, avoiding air travel, and becoming a vegetarian.

Oh, you didn’t know that humans are among the worst carbon emitters? Yes, every time we breathe out we emit carbon dioxide. Then there are the carbon emissions that result from housing, warming, cooling, bathing, clothing, feeding and moving us. This fact, combined with climate alarmism, has inspired an entirely new category of writing that imagines a world free of us vile, polluting creatures, exemplified by the 2008 book The World Without Us.

But back to Justin Trudeau, whose commitment to a carbon tax seems like the triumph of magical thinking over electoral history. Trudeau seems utterly unfazed by Stephane Dion’s failure to sell the carbon tax to Canadians barely a decade ago. (No doubt Dion’s performance as Trudeau’s first foreign affairs minister sealed Trudeau’s middling impression of the intellectual Dion.)

Trudeau also seems weirdly sanguine about the rising tide of resistance to the carbon tax in premier’s offices around the country. Alberta has stalled its implementation of its carbon tax (over the endless Trans Mountain delays) and may roll back its existing tax if the government changes from NDP to conservative. Saskatchewan premier Scott Moe has asked the courts to stop the tax. Manitoba has imposed a tax, but not as high as the Trudeau Liberals want. Ontario premier Doug Ford ran against the tax in the June election, has pulled Ontario out of the previous government’s cap-and-trade scheme, and is joining Scott Moe in his court fight.

Trudeau is also undaunted by the fact that his carbon tax is too low to meet the emission reduction targets he promised in the Paris Accords, though luckily for him, few journalists are so impertinent as to point this out. The Sun’s Lorrie Goldstein is an exception:

The first problem with Trudeau’s plan is that the national carbon price he’s set is far too low — $50 per tonne of emissions by 2022, when it would have to be hundreds of dollars per tonne within a few years to be effective.

The second is that Trudeau’s plan isn’t revenue neutral on a national basis, meaning all the money raised through carbon taxes or cap-and-trade would be reimbursed to taxpayers and consumers. Without revenue neutrality, a carbon tax set at a high enough level to be effective would provoke a massive recession, which would lower emissions, but wreck the economy.

But in addition to a sympathetic media, Trudeau may have another weapon that Dion lacked: Andrew Scheer’s agreement that Canada is obliged to keep its promises to reduce its carbon emissions, which promises date back to the Chrétien regime. Scheer could counter Trudeau’s global groupthink with facts about how our small economy is uniquely vulnerable (especially post-Trump), our revenue-producing resources are landlocked (thanks to Trudeau’s incompetence), and our carbon emissions are relatively small, while our boreal forests are one of the largest carbon sinks on the planet.

Instead, Scheer has promised that he will unveil a climate strategy that will meet Canada’s emissions targets without a carbon tax. As Lorrie Goldstein has drolly observed, “Trudeau deceives us by pretending his plan will do we what he says it will do. Scheer deceives us by telling us he has a plan but not what it is.”

Though it may seem foolhardy to fight the next election on a carbon tax like the one that sunk Stephane Dion in 2008, Trudeau is gambling that voters are more worried about climate change than they were 11 years ago (never mind the disputed connection between CO2 emissions and climate change – few politicians have the nerve to take up that argument). And against this fear, Trudeau is positioning himself to be the hero standing up to the villains Andrew Scheer, Jason Kenney, Scott Moe and Doug Ford (though he must be careful with Ford, who won many seats Trudeau needs to hold on to). As Trudeau told Paul Wells last week: “The alternative is people who want to make pollution free. I don’t think it should be free to pollute.”

Well, that’s not as extreme as “you’re either with us, or you’re with the polluters,” but it’s early days. Given Trudeau’s failure to deliver on many of his promises, no doubt he will be banging his climate change messages loudly for the next 12 months, no matter what Liberal history says.

Trudeau spoiling to re-fight the 2008 election