What’s next for the Ontario PCs? 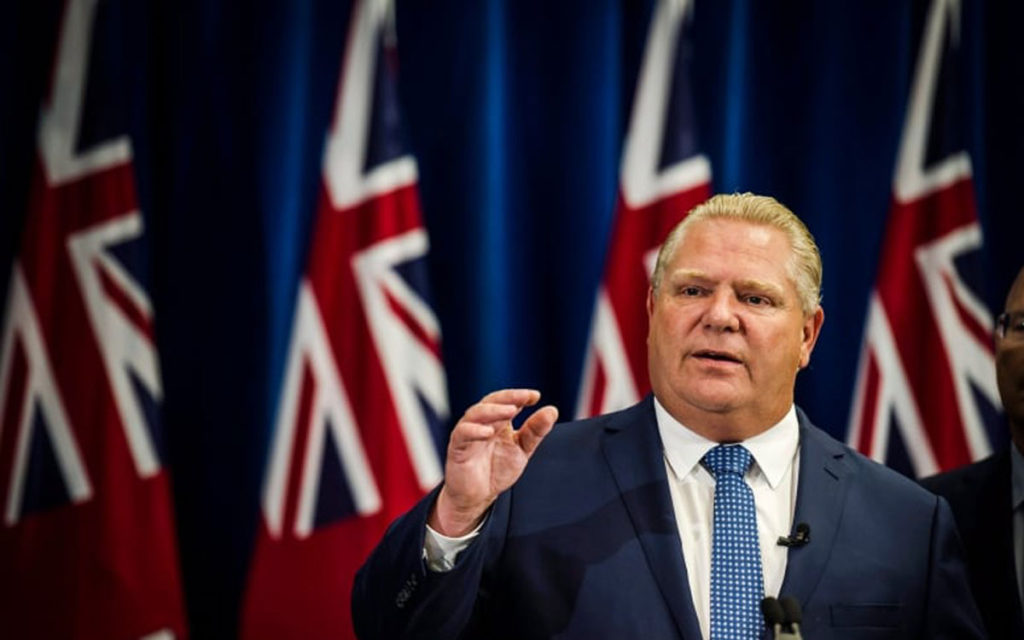 It’s official, Ontario Premier Doug Ford was the ‘newsmaker’ of the summer and there is no slowing down in sight. And, if you think you’ve seen it all, “you ain’t seen nothing yet.”

Last week, Premier Ford invoked the constitutional notwithstanding clause to override a judge’s surprise decision that blocked his government from cutting the size of Toronto city council. The legislature was called back before its original intended date of September 24th to retable a slightly amended version of the Better Local Government Act.

This unexpected move made Ford the first Ontario premier to use the clause, but more importantly, it showed his unrelenting drive to do what he promised to do in the face of harsh criticism and organized protest.

Ford’s war with the “elites” has manifested itself in his pursuit of reducing the size of council, but this is just a part of the bigger picture in his relentless quest for a full-scale culture change at Queen’s Park. He continues to clash with environmentalists on scrapping the carbon tax, the teachers on sex-ed, and health experts on safe-injection sites.

The question on everyone’s mind is what’s next?

Ford was elected on a plan that promised colossal change in Ontario with some very costly campaign commitments. The easy ones like killing green energy contracts, Buck-a-Beer and the ending the strike at York University are now “promises made, promises kept,” but the tough ones await.

The challenge now is making progress on a cohesive plan to bring the province back to fiscal balance within the government’s four-year term.

What are the spending priorities? Where will they cut? How bad a shape is the province really in?

Ontarians will get a sneak-peak at the numbers in the upcoming fall economic update. Expect the situation to be worse than anyone is letting on. With a projected Liberal deficit of nearly $7 billion this year – the decisions ahead are tough ones. And while the new government won’t implement these Liberal promises, they have a lot of back-peddling to do on money promised across the province.

Adding the Ford election promises, they include reducing the middle-income tax rate by 20 per cent, lowering the gas tax by 10 cents, a further 12 per cent reduction in hydro bills, a 75 per cent child care tax credit and the promise of tens of thousands of newly built long-term care beds. Moreover, we may be looking at another $8 to $10 billion once these promises are fully implemented. Maybe not in year one, but election cycles are four years and the promises are expensive.

In addition to the cost of these promises, the Ford government inherits a potentially pricey spat with the province’s physicians, a healthcare system that requires large-scale transformation, schools in disrepair and a bloated and costly bureaucracy.

That’s not all, the PC government has acknowledged what the auditor general has said again and again. The Liberals left the province another $5 billion dollars further in the red because of misleading tallied revenue from pension fund surpluses the government wasn’t entitled to – that and never accounting for the borrowed money to reduce the astronomical hydro costs for ratepayers.

During the campaign and for some time in the early days of the majority mandate, Ford has suggested he will find and cut $6 billion in government inefficiencies without laying anyone off. We’ve seen a commitment to a line-by-line audit that should be completed by month’s end that will begin this process.

It won’t be long before the Ford government starts sounding the alarm bells that the cupboards of Ontario are bare, and the situation is worse than we thought. In fact, we’ve seen some indication that the rhetoric is headed in that direction.

With that, we should expect a full-sized deficit reduction plan, one — that will need to be carefully carried out and even more carefully communicated.

For the Ford government, the hard part lies ahead.

For Ontario, tightening the purse strings will become a new reality.