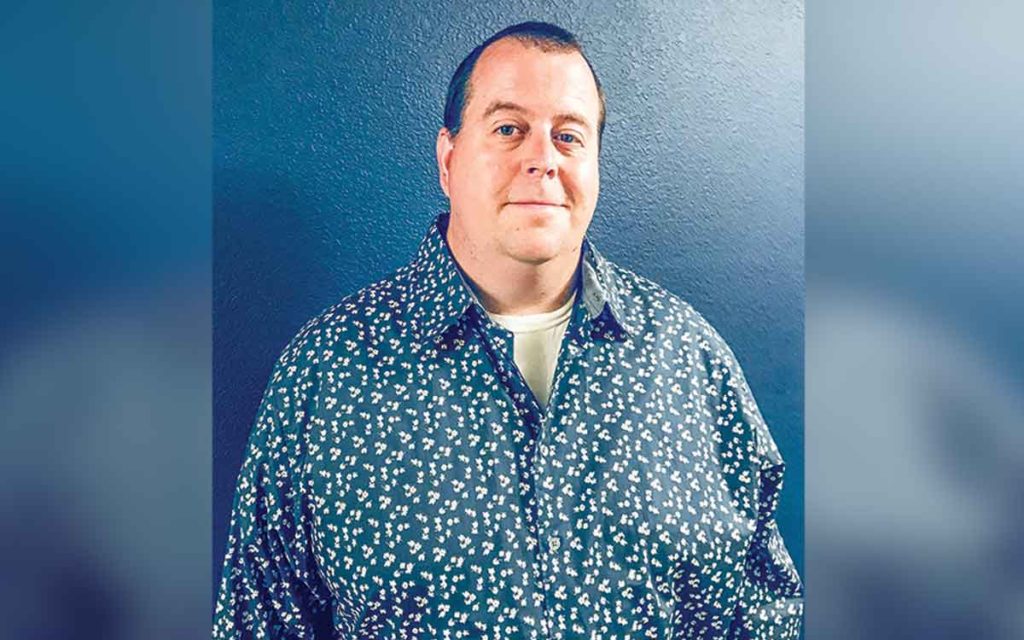 David Cribbs is the new CAO for the Town of Pelham. PHOTO COURTESY DAVID CRIBBS

The Town of Pelham has a new Chief Administrative Officer. David Cribbs started in the position this past Monday.

Originally from South Porcupine, northeastern Ontario, Cribbs served as CAO of Norfolk County, west of Cayuga on Lake Erie, from April 2017 until this past January, when his tenure came to an abrupt end. He has since worked on temporary contract as a solicitor for the Municipality of Chatham-Kent, in southwestern Ontario.

“I’m really excited to be coming to Pelham,” the 43-year-old Cribbs told the Voice when reached over the weekend. “It’s a beautiful place with a great future. It has its challenges, but they can and will be met and overcome and I very much hope to play a significant role in so doing.”

The reasons for Cribbs’ departure from Norfolk earlier this year aren’t clear.

According to reporting by the Simcoe Reformer newspaper, after a closed-door meeting on January 15 with Norfolk council and its mayor, which lasted about twice as long as scheduled, Cribbs left the meeting room for his office. He did not attend the rest of the regularly scheduled council meeting. Three days later, the County issued a press release stating that Cribbs had resigned, and that “Norfolk County wishes him well in his future endeavours.”

Norfolk is a single-tier municipality nearly four times the size of Pelham by population. The County has some 770 employees, compared to approximately 67 in Pelham. The County’s 2019 operating budget is nearly $90 million dollars, compared to Pelham’s $17 million, not including water/wastewater, which is funded by user fees.

Cribbs repeatedly declined to answer directly when asked by the Voice why he left Norfolk, and whether his departure was voluntary or forced.

“The Chief Administrative Officer serves at the pleasure of council,” he said. “Many councils prefer to choose their own CAO, regardless of whether or not the current CAO is performing well. Consequently, turnover is common after elections.”

As occurred in Pelham following last October’s election, Norfolk County saw a similar turnover of councillors and mayor—and, as in Pelham, the outgoing council was also left in lame-duck status for four months, prohibited by law from making major spending decisions, or hiring and firing personnel, responsibilities that largely fell to Cribbs.

However, in her May 9 State of the County address, Norfolk Mayor Kristal Chopp said the County had “lacked strong leadership” prior to the hiring of Cribbs’ replacement.

Cribbs pushed back at the notion that Chopp’s statement was a shot at him.

“I do not agree with the assessment that Norfolk County has lacked strong leadership at either the political or administrative levels,” he said. “My previous CAO experience taught me much. I learned a lot about how to help a community effectively address the pressures of population growth and urbanization in a manner that does not threaten existing community identity.”

Cribbs said that he was forthright with all aspects of his previous jobs during the interview process with the Town of Pelham.

“I found the selection process to be thorough and vigorous and I answered all questions posed to me truthfully and to the best of my ability,” he said. “All aspects of my employment history were canvassed. All questions were answered truthfully and thereafter verified through references.”

Asked whether Pelham council, during this hiring process, inquired specifically as to why he left Norfolk, and if he had departed willingly, Cribbs repeatedly declined to answer directly.

In response to a follow-up asking why he declined to answer, Cribbs said, “I am governed by a confidentiality clause in my previous employment contract which prohibits directly discussing the matter.”

When asked whether this confidentiality clause also prohibited him from speaking candidly with Pelham council during his interviews, Cribbs didn’t reply.

According to Councillor Mike Ciolfi, Cribbs told council that he resigned. Asked if council requested details, Ciolfi said, “The question was asked and he explained as much as he could at the time.”

Some of Cribbs’ challenges in Norfolk appeared to stem from an incident last September. According to the Simcoe Reformer, he “inadvertently sent an email to all county employees providing details of a management dispute at the Port Dover fire hall.”

Spragg, however, was reinstated as a fire captain one week after Cribbs left Norfolk — with Mayor Chopp issuing a public apology to Spragg.

When reached by the Voice, Spragg mostly declined comment on Cribbs.

“The man has to make a living, I don’t want to say ill things about him,” Spragg said.

Mayor Chop did not respond to a request for comment.

According to the Ontario Sunshine List, Cribbs’ 2018 compensation totaled just under $200,000.

Cribbs told the Voice that his annual salary as Pelham CAO will be $170,000, with another $5,000 in reimbursement for law society and related dues. This remuneration is essentially identical to that paid to former CAO Darren Ottaway, who was fired by the Town in January.

Cribbs said he was aware of the recent fiscal and political turmoil in Pelham, and advocated for transparency as a solution.

“I spent many hours researching both the 2018 [Pelham] election results and the various issues which dominated the campaign,” Cribbs said. “The thing that most clearly stands out to me is how abundantly clear Town residents were that they expect transparency in all municipal dealings and business. I see no reason why this cannot be accomplished and consistently delivered.”

Upon Cribbs’ arrival, Interim CAO Teresa Quinlin will return to her original role of Town Treasurer and Director of Corporate Services.

Mayor Marv Junkin expressed his appreciation for her efforts.

“I would like to thank, on council’s behalf, the incredible job that our interim CAO Ms. Quinlin has done in her dual role over the last five months. Any success that council can claim as to regaining control of Town finances, and the lowering of the MCC operating expenses, is due, in large part, to her guidance and expertise.”

Prior to his CAO tenure in Norfolk, Cribbs was a solicitor and clerk in Lambton County, and before that, a solicitor with the City of London.

“When people ask me, I describe myself as being a municipal/corporate/labour lawyer, being the three areas in which I have the greatest amount of experience and expertise,” he said.

Cribbs said he is familiar with Pelham as a tourist, although he cited the Town’s lack of central accommodations.

“My first exposure to the town came when two of our better friends were married at a Pelham winery,” he said. “I recall that we had to stay at a Grimsby hotel because there wasn’t anything available locally, which I understand to still be a problem. At any rate, we had such a good time that we’ve returned both on day trips and as part of short-term vacations to the Niagara region.”

He added that he and his wife and their two teenage children plan to move to Niagara, but he couldn’t commit to living in Pelham specifically.

“That was part of the motivation in applying for the job,” he said. “That being said, I don’t know where exactly we will purchase real estate— the right house or condominium will reveal itself in due course. I want to be close to work, which means that the right home will be proximate, certainly in Niagara Region. I am now officially and actively looking.”

This article originally appeared in The Voice of Pelham.

With additional reporting by Dave Burket. 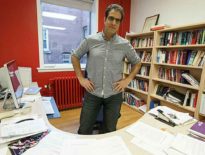 National Liberals Casting the Conservative Voters as “the… 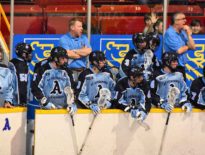 Sports Athletics and Arrows meet again in the playoffs